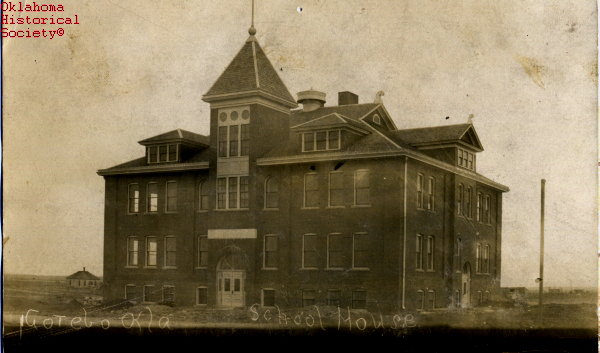 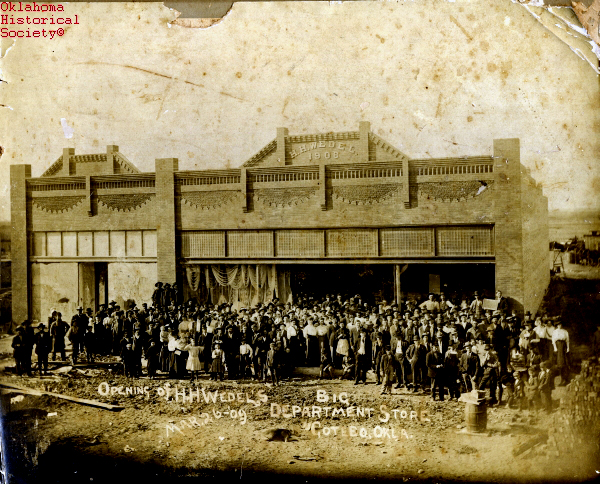 The Kiowa County community of Gotebo is located at the intersection of State Highways 54 and 9, thirty-nine miles southeast of Clinton and fifty-one miles northwest of Lawton. The town was originally called Harrison and was named in honor of Pres. Benjamin Harrison. Harrison was settled during the opening of the Kiowa, Comanche, and Apache Reservation in August 1901. The townsite adjoined a Chicago, Rock Island and Pacific Railway depot built a few months earlier. Railroad officials had named the station Gotebo after a local Kiowa chief. The Harrison post office name was changed to Gotebo in 1904, and the town incorporated soon thereafter. Chief Gotebo (circa 1847–1927; Kau-Tau-Bone) was well respected, not only by his own people, but also by whites. He was one of the first Kiowa to be baptized at the Rainy Mountain Church. He is buried at the Rainy Mountain Indian Cemetery, situated between Gotebo and Mountain View.

In 1996 the annual "Gotebo Get Down" started as a parade and celebration, providing locals with a day to meet and enjoy food and fun. Held the Saturday before Labor Day, the festivities also present an opportunity for former residents to return for a visit. An estimated crowd of twenty-five hundred attended the initial event.

The following (as per The Chicago Manual of Style, 17th edition) is the preferred citation for articles:
Marilyn Thurman, “Gotebo,” The Encyclopedia of Oklahoma History and Culture, https://www.okhistory.org/publications/enc/entry.php?entry=GO014.