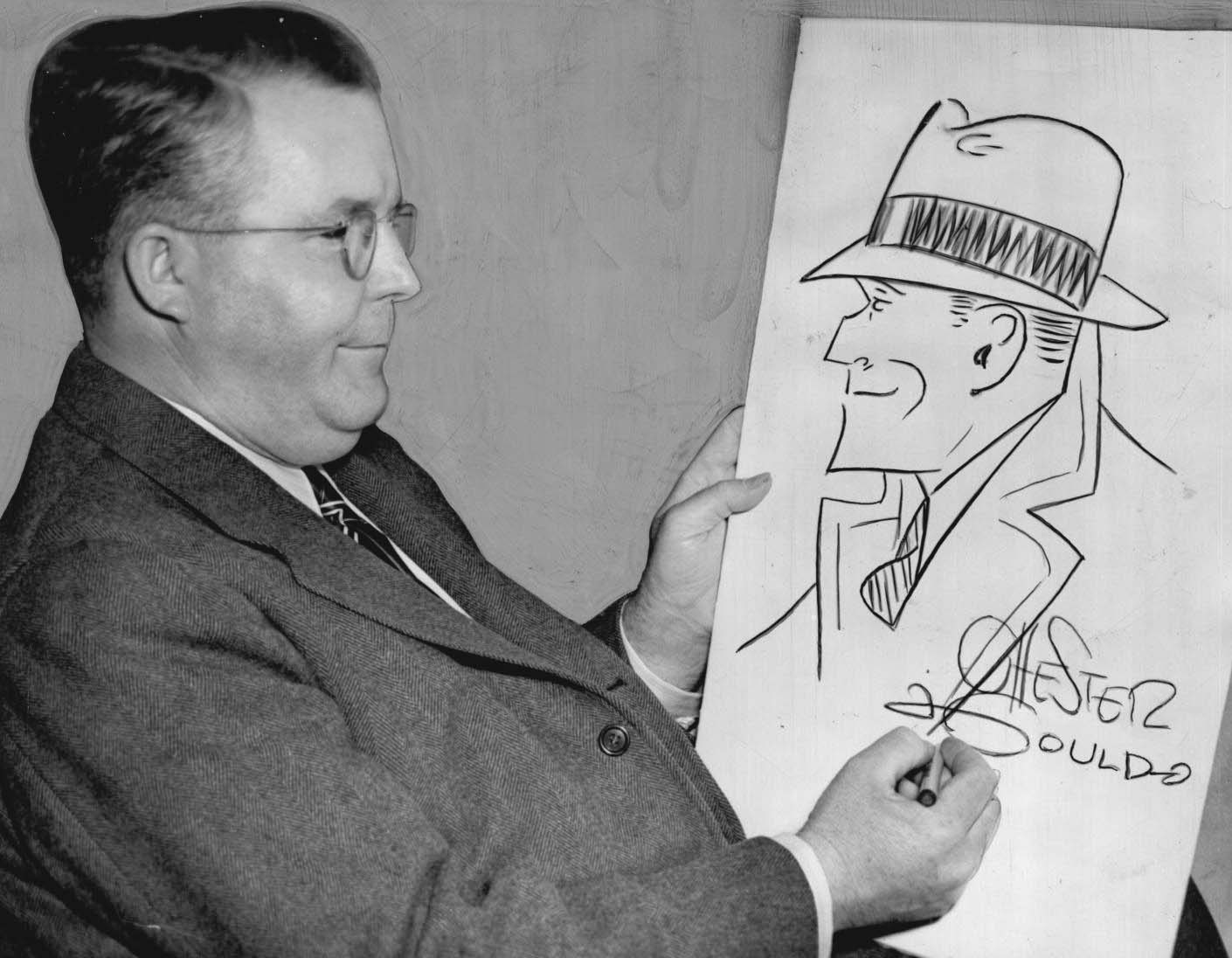 Commercial artist and creator of the Dick Tracy comic strip, Chester Gould, son of Gilbert R. and Alice Miller Gould, was born November 20, 1900, in Pawnee, Oklahoma. Because his father was a weekly newspaper editor, the younger Gould later stated that "it was probably that influence which got me into the frame of mind to become a cartoonist." At age fifteen Gould enrolled in a twenty-dollar correspondence course in drawing. While attending Oklahoma A&M College (now Oklahoma State University), he contributed cartoons to the Daily Oklahoman. In 1921 he transferred to Northwestern University in Evanston, Illinois, where he majored in business administration. After graduating, he immediately went to work for newspapers.

In 1931, when gangsters and prohibition made the news, Gould decided to create a character who could do what the Chicago police could not, catch the mobsters. He submitted his idea, entitled "Plain Clothes Tracy" to the Chicago Tribune–New York News Syndicate. The editor liked the idea but changed the title to "Dick Tracy" and ran the comic strip on October 12, 1931. Dick Tracy's image became famous because of Gould's grotesque villains, such as Prune Face and Mole, portraying mobsters of the time. The comic strip followed current events. Using headlines such as the kidnapping of the Lindbergh baby, Gould made Tracy the hero of the era.

In 1977 Gould retired and moved to his 130-acre farm at Woodstock, Illinois. He died there on May 11, 1985. He did not live to see his comic strip adapted to the big screen in 1990 or his creation immortalized on the side of the Prairie Rose building in Pawnee, Oklahoma. Gould did leave behind almost half a century of comic strip drawing and writing, and he set the standard for detective comics.

The following (as per The Chicago Manual of Style, 17th edition) is the preferred citation for articles:
Adam A. Payne, “Gould, Chester,” The Encyclopedia of Oklahoma History and Culture, https://www.okhistory.org/publications/enc/entry.php?entry=GO017.