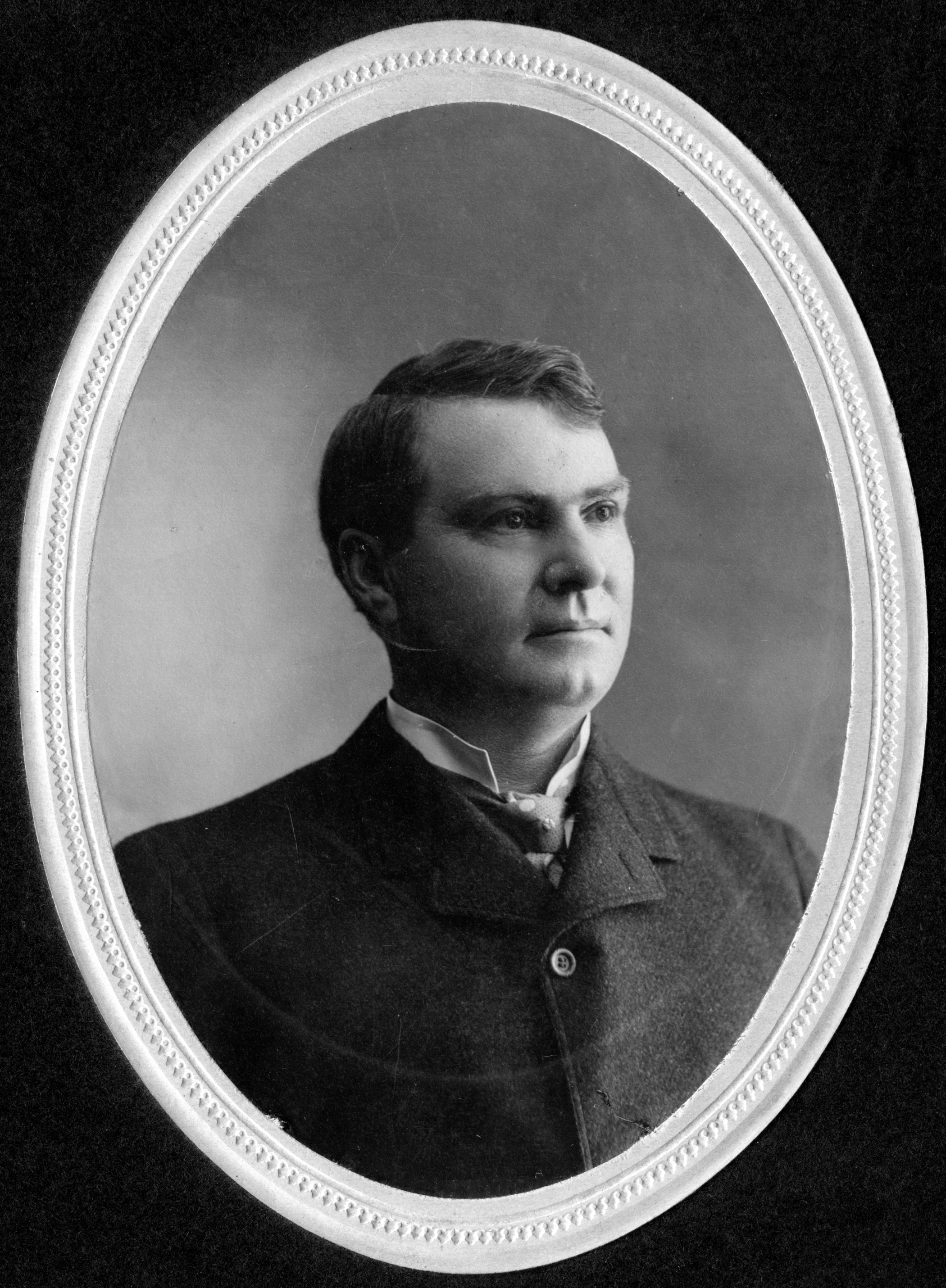 Although William C. Grimes served as Oklahoma Territory's governor for only ten days, his influence on Oklahoma politics extended well beyond that brief term. Born in 1857 near Lexington, Ohio, Grimes moved at the age of twenty to Nebraska, and he became a newspaperman and later sheriff of Johnson County.

Grimes traveled south to participate in the Land Run of 1889 into the Unassigned Lands of Oklahoma. After claiming land near Kingfisher and establishing a farm, he went into real estate, enlarging his farm, building business blocks and residential areas in town, and helping to establish Kingfisher College. Grimes also became active in Republican politics.

In 1890 he received appointment as U.S. marshal for Oklahoma Territory, a prestigious and powerful position. In setting up a territory-wide law enforcement system, he employed fifty to one hundred deputies at any one time, including legendary lawmen Heck Thomas, Chris Madsen, and Bill Tilghman. In the course of his career as marshal, which lasted until 1893, Grimes set up a record-keeping system and contracted for courtrooms and jails around the territory, basically establishing a sound mechanism for the enforcement of federal law.

Turned out of office by Pres. Grover Cleveland's Democratic administration, Grimes continued in business and farming in Kingfisher. With the return of the Republicans to national office, however, Grimes was reinstalled in federal service. On May 12, 1901, he became territorial secretary under Gov. William M. Jenkins. When Jenkins was not reappointed governor in 1901 because of a major scandal over a state contract, Grimes acted as governor for ten days. Despite allegations of his own involvement in the suspect transaction, Grimes continued to hold the secretary's office, serving in the administration of Gov. Thompson Benton Ferguson until January 1906.

Shortly after this Grimes moved to Oregon and later to California, where he died on April 8, 1931. He is important in territorial history for his active participation in Republican Party politics, serving for many years as chair of the Territorial Republican Committee. He also served as territorial delegate to the Republican National Committee. His most notable contribution, however, lay in the organization of a territorial law enforcement system.

The following (as per The Chicago Manual of Style, 17th edition) is the preferred citation for articles:
Dianna Everett, “Grimes, William C.,” The Encyclopedia of Oklahoma History and Culture, https://www.okhistory.org/publications/enc/entry.php?entry=GR032.