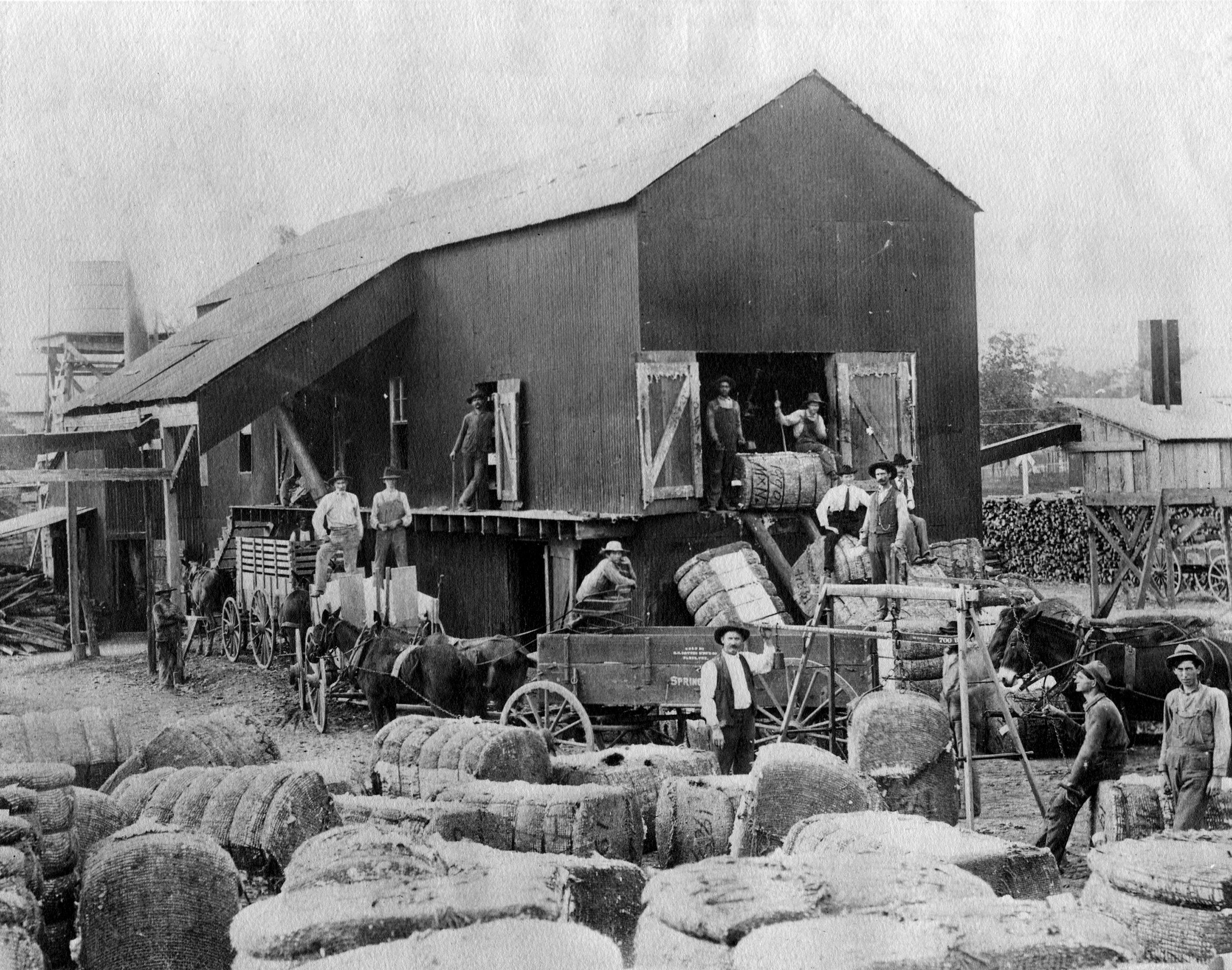 The town of Grant, located in Choctaw County three miles south of Hugo on U.S. Highway 271, can trace its origin to circa 1885 when Basil Gooding opened a store at the site. Many centuries earlier, prior to the 1831–34 removal of the Choctaw Nation to the region, a Caddoan culture had enjoyed this fertile part of the Red River Valley. Grant's post office was established on January 31, 1889, with Gooding serving as postmaster, and in that year a post office building was constructed. Grant, Choctaw Nation, Indian Territory, was surveyed and approved by the Department of the Interior on June 4, 1901. The name honored Ulysses S. Grant. The town's first postmaster, Ida B. Bleini, was appointed on October 24, 1901. Edgar Durland was appointed as the fourth postmaster on January 2, 1904, and served at 1907 Oklahoma statehood. On Friday, September 16, 1904, a territorial meeting was held in Grant at the Methodist Episcopal Church for the purpose of banishing intoxicating liquor in anticipation of possible statehood for Indian Territory.

Grant's businesses and social institutions served a surrounding agricultural region. A ferry across the Red River, which was located approximately six miles south of town, connected residents to suppliers and markets in Texas. In addition, Grant was situated on the Fort Smith and Southern Railway, connecting Paris, Texas, to Fort Smith, Arkansas (after 1887, the St. Louis and San Francisco Railway). In 1910 the town's population stood at 416 residents, a number that declined to 296 by 1930. At one time there were as many as thirty businesses in Grant, including a bank, three grocery stores, a drug store, a photography studio, a general store, two liveries, and a hotel. The town also supported at least five churches, a newspaper, the Grant Graphic, and a school. The first school served American Indian children, and other students paid to attend.

The east-to-west Arkansas and Choctaw Railroad initially surveyed a route through Grant, but the tracks were actually laid five miles north of town. Many entrepreneurs relocated their businesses to the new rail line, and in 1902 the town of Hugo formed at that location. By 1950 Grant's population had risen to 351, only to decline to 273 by 1970. Some time after 1970 the town lost its incorporation, and there are no population figures from 1980 through 2010. In 1996 Gov. Frank Keating signed Executive Order 96-06, reincorporating Grant.

The following (as per The Chicago Manual of Style, 17th edition) is the preferred citation for articles:
Janie Knight, “Grant,” The Encyclopedia of Oklahoma History and Culture, https://www.okhistory.org/publications/enc/entry.php?entry=GR035.