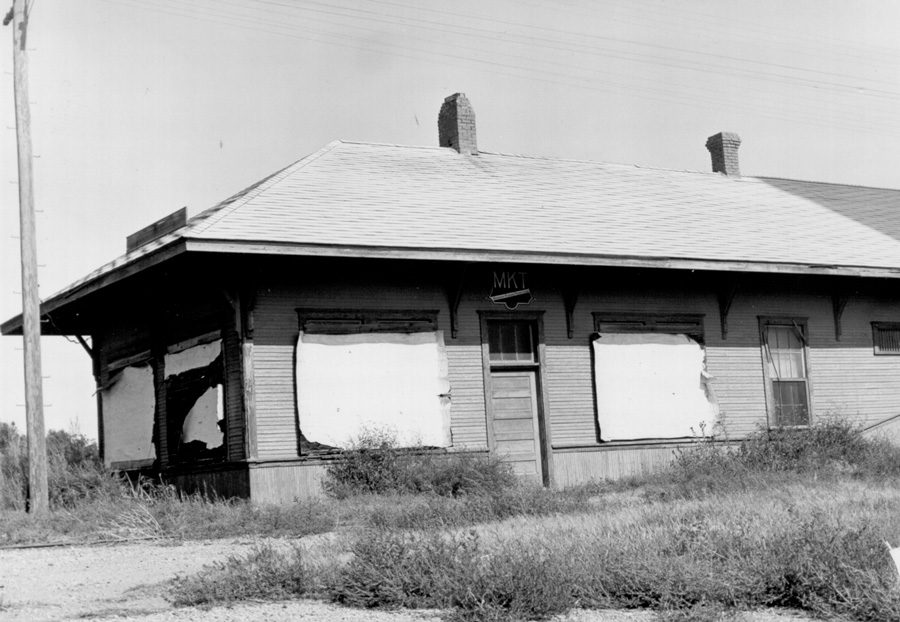 Located on the eastern edge of Roger Mills County, the incorporated town of Hammon lies on State Highway 33 and sixteen miles east of the county seat of Cheyenne. Named for Indian Agent James H. Hammon, the community is a melding of two cultures. After the passage of the Dawes Severalty Act of 1887 the Cheyenne and Arapaho received 160-acre allotments. The most notable allotment, located adjacent to the north side of town, belonged to Chief White Shield. Until the 1960s many Cheyenne lived there communally in what was known as "White Shield Camp" or "Old Camp." Non-Indian settlers came to the area to establish homes and businesses during the Cheyenne-Arapaho land opening on April 19, 1892.

After the land opening James Hammon was sent to the Red Moon Agency, near the future site of Hammon, to build a reservation school and to teach the Cheyenne and Arapaho to farm. The Red Moon Agency was a subagency of the Cheyenne-Arapaho Agency at Darlington, north of Fort Reno. Hammon's wife, Ida M. Hammon, was postmaster when a post office was established in their home on June 30, 1894. The town originally lay within Custer County. However, when the Wichita Falls and Northwestern Railroad (later the Missouri, Kansas and Texas Railway) laid their track in 1910, the community moved west into Roger Mills County to be near the railroad. On May 22, 1911, the board of county commissioners met and accepted the report of the Hammon election board requesting incorporation of the town.

Hammon prospered for the next twenty-five to thirty years as a trade center for the surrounding ranching and farming communities. However, as in many western towns, the droughts of the 1930s and the Great Depression took their toll on the local economy. The town also experienced a tragedy in spring 1934; fourteen inches of rain fell within five hours, resulting in a flood that caused the death of seventeen townspeople.

The first federal census for Hammon reported 440 residents in 1920. Numbers rose to 736 and 705 in 1930 and 1940, respectively. The population declined to 621 in 1950 and 677 in 1970. Although the thriving Main Street businesses have dwindled, the economy supported a population of 469 in 2000 through farming and ranching and oil and gas production. Hammon's 2000 population was almost 40 percent American Indian, most of whom were descendants of Peace Chief Black Kettle's band, who had been attacked by Lt. Col. George Armstrong Custer on November 27, 1868, near present Cheyenne on the Washita River. At the turn of the twenty-first century Hammon citizens maintained an independent kindergarten-through-grade-twelve public school system, an emergency medical team and ambulance service, a volunteer fire department, a senior citizen center, and an active city government, including its own municipal court and police department. The 2010 census reported 568 inhabitants. The Dorroh-Trent House was listed in the National Register of Historic Places (NR 79002026).

Patt Hodge, "The History of Hammon and the Red Moon School," The Chronicles of Oklahoma 44 (Summer 1966).

The following (as per The Chicago Manual of Style, 17th edition) is the preferred citation for articles:
Dorothy Alexander, “Hammon,” The Encyclopedia of Oklahoma History and Culture, https://www.okhistory.org/publications/enc/entry.php?entry=HA016.