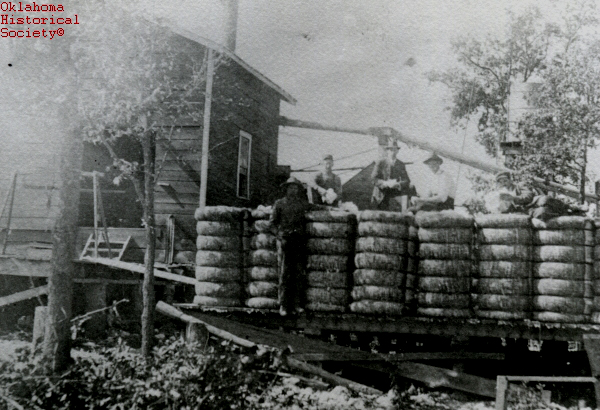 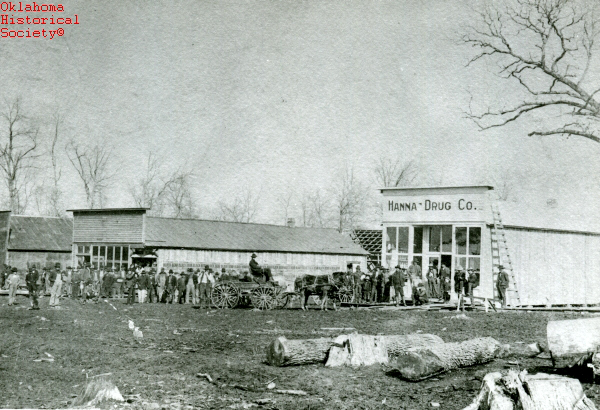 Located in southwestern McIntosh County, the town of Hanna is eighteen miles southwest of Eufaula, the county seat, on State Highway 52 and two miles east of the Indian Nation Turnpike. As the community developed in the Creek Nation, early buildings were in place in 1895. In 1902 the U.S. Post Office Department established a post office that used the town's original name, Hasson. In 1904 the postal designation was changed to Hanna to honor Hanna Bullet, the daughter of an early prominent resident. With 1907 statehood Hanna was placed in Hughes County, but the residents petitioned to transfer to McIntosh County, claiming that it was too far from Holdenville, the Hughes County seat. In November 1914 a majority of the Hanna Township transferred to McIntosh County.

The rich farmland just north of the South Canadian River attracted Hanna's first residents. Cotton reigned as the most abundant crop, and at one time five cotton gins operated at full capacity. In 1903 construction of the Fort Smith and Western Railroad reached Hanna on its expansion from Fort Smith to Guthrie. A busy depot served the residents. The railroad company remained solvent in one form or another from 1899 until 1939, after which it began to dismantle. The railroad bridge between Hanna and Indianola once served as a toll bridge. Hanna entrepreneurs erected the hotel in twenty-four hours. Hanna's most populous years were from 1910 to 1920, and the community had multiples of retail merchants, doctors and lawyers, banks, newspapers, and cotton gins. The 1920 population stood at 460 but declined by one hundred in that decade. In 1931 some referred to the town as Oklahoma's unofficial onion capital because onion farming became important to the community.

In 1940 the population was 344, declining to 233 by 1960. Farming slowly gave way to ranching. Since the 1920s the town has continued to support a high school. At the beginning of the twenty-first century the population had fallen to 133 residents, and the 2010 census reported 138. Hanna continued as an incorporated community, with police and fire departments and a community center/city hall.

The following (as per The Chicago Manual of Style, 17th edition) is the preferred citation for articles:
Jerry Baker, “Hanna,” The Encyclopedia of Oklahoma History and Culture, https://www.okhistory.org/publications/enc/entry.php?entry=HA017.