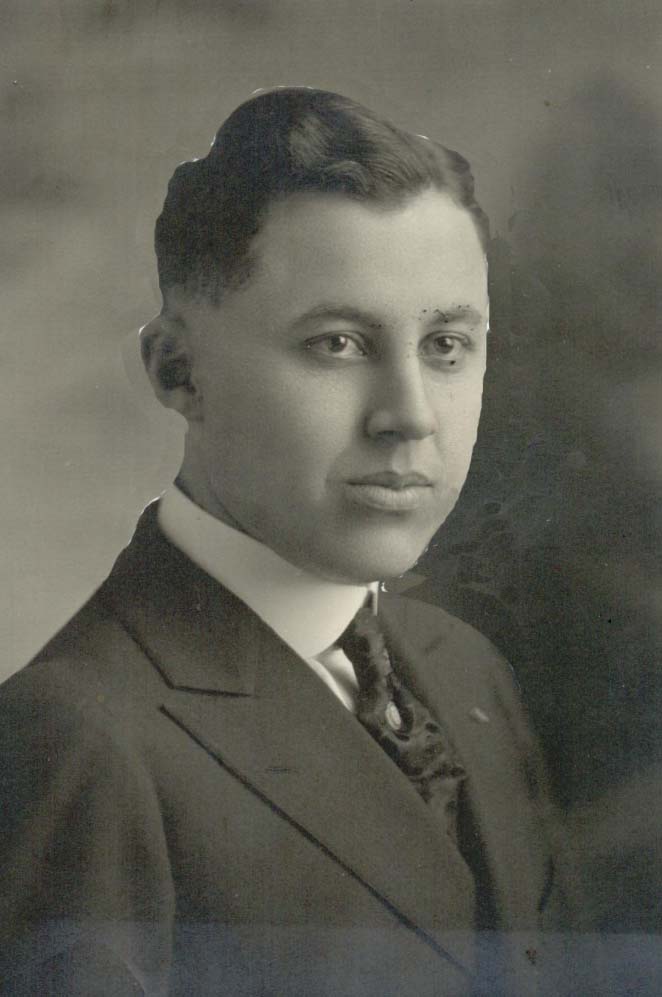 Writer, editor, publisher, and public relations pioneer Rex Francis Harlow was born on June 19, 1892, in Winfield, Missouri, to Dr. James and Mary Adeline Davis Harlow. Educated in common schools, Harlow was one of five brothers who moved to Oklahoma. Arriving in Oklahoma City in 1912, he worked as business manager for Harlow's Weekly until he became secretary and treasurer of the Harlow Publishing Company in 1915. Harlow entered the Territorial Normal School (later Central State Teachers College, now University of Central Oklahoma) in 1916. During World War I he served as private in the Sixty-first Field Artillery Brigade, Thirty-sixth Division, U.S. Army. Harlow married Ruby Esther Wilson on June 22, 1920, and their union produced three children: Esther, William, and Benjamin.

In 1924 Harlow became vice president of the company and editor of Harlow's Weekly, working until 1936. He wrote more than two hundred biographical sketches of Oklahomans, contributed historical and feature articles, wrote children's fiction, and published books, including Oklahoma Leaders (1928) and Makers of Government in Oklahoma (1930). Serving as major in the Forty-fifth Infantry Division, Oklahoma National Guard, Harlow participated in city affairs through the Committee of One Hundred and the Oklahoma City Chamber of Commerce. He held membership in organizations such as the Federation of the Inter-Allied-Ex-Service Men of the First World War and served as their delegate to the World Conference in London in 1924.

Harlow graduated from Central State Teachers College (now the University of Central Oklahoma) in 1934 with a bachelor's degree. Becoming interested in public relations, he left the family business and earned a master's degree from the University of Texas in 1935. After completing his doctoral degree at Stanford University in California, he joined the faculty as education professor in 1938. While there, Harlow founded the public relations department. He traveled around the country giving lecture tours and sponsoring week-long conferences featuring speeches by prominent individuals such as Pres. Herbert Hoover.

Harlow retired as professor emeritus in 1966 but remained a public relations consultant through 1977. He served as advisor to presidents Herbert Hoover and Franklin D. Roosevelt and received honors including Public Relations Man of the Year (1953), Annual Professional Award (1952, 1969), Gold Anvil Award of PRSA (1969), Oklahoma Journalism Hall of Fame (1975), and First Annual Medallion Award California Chapter (1977). In 1970 the University of Michigan named him one of twelve leading public relations professionals of the century. Harlow died on April 16, 1993, in Palo Alto, California. In his honor the PRSA announces annually the recipient of the Rex Harlow Award, awarded for distinguished service in public relations. In 1999 he made the list of one hundred most influential public relations people of the twentieth century.

The following (as per The Chicago Manual of Style, 17th edition) is the preferred citation for articles:
Tally D. Fugate, “Harlow, Rex Francis,” The Encyclopedia of Oklahoma History and Culture, https://www.okhistory.org/publications/enc/entry.php?entry=HA023.