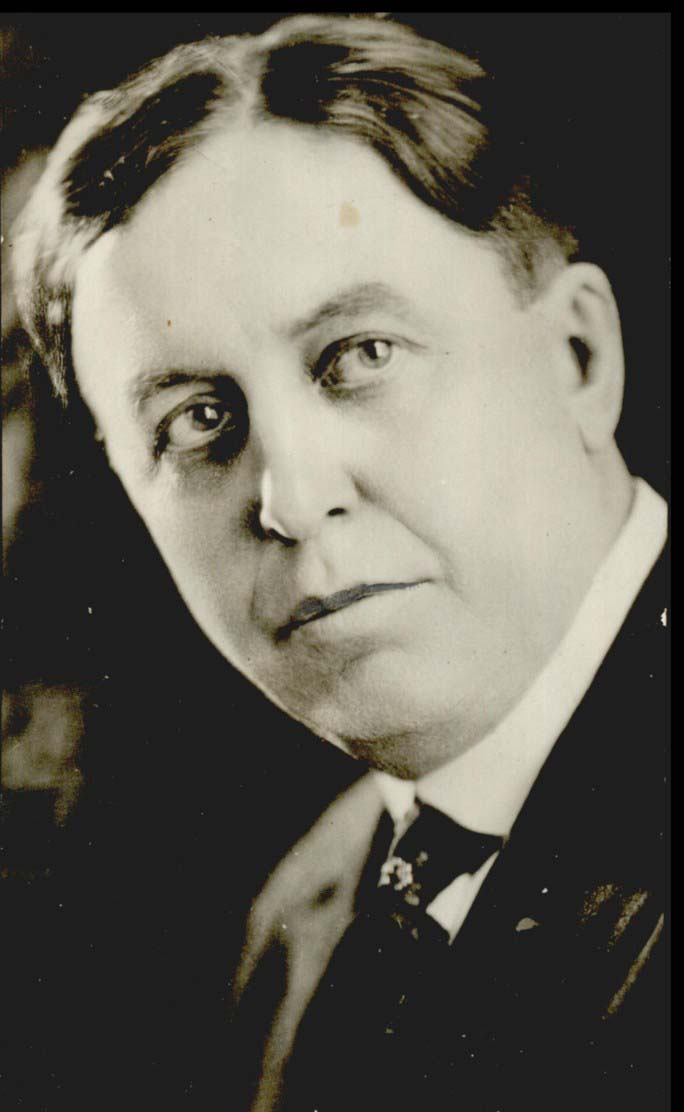 The founder of Harlow's Weekly and the Harlow Publishing Company, Victor Emmanuel Harlow was born in Chantilly, Lincoln County, Missouri, on November 23, 1876. He was a leader in the development of Oklahoma's business, civic, political, and religious life for more than fifty years. The eldest of five sons born to Dr. James and Mary Adeline Davis Harlow, he was Rex F. Harlow's brother. Victor Harlow could read and write at age five. By age ten he was a correspondent for a county newspaper, and a book of his poetry was published in 1894. He won first honors in a county teachers' examination at age thirteen and began teaching at age fifteen. He received a bachelor's degree from La Grange, Missouri, College in 1896 and a master's degree from Shurtleff College in Alton, Illinois, in 1899. At age twenty-two he was chosen president of Webb City College in Missouri, serving from 1899 to 1901.

In 1900 Harlow married May Van Hooser of Montgomery, Illinois. The couple had two children, Victor, Jr., and William. When his wife died in 1903, he questioned his religious beliefs. He turned to the study of philosophy for answers, quit teaching, and became editor of an Alton newspaper. In 1904 he moved to Oklahoma Territory and became president of Northwestern Academy in Carrier, northwest of Enid. Soon he founded the town's first newspaper, the Carrier Record. Once he attained financial success, he resigned from his college presidency. He moved the Record to Enid and consolidated it with the local Democratic paper. Aspiring to become a full-time publisher and writer, he founded the Enid Democrat, serving as its editor and publisher from 1906 to 1907.

At 1907 statehood Harlow worked as the campaign manager for Charles West, the first candidate for attorney general. Following a successful campaign, Harlow's reputation grew, and he was appointed secretary of the Board of Public Affairs, which he chiefly organized. However, he soon resigned from the board and bought the Shawnee Daily Herald, which he edited and published from 1909 to 1911. In 1911 Harlow married Gertrude Gindling of St. Louis. Their union produced four children: James, John, Dorothea, and Bryce. Harlow soon sold the Shawnee newspaper, moved to Oklahoma City, and entered the printing business at the Harlow-Ratliff Company.

A tireless booster, in 1912 he founded and edited a regional publication called Harlow's Weekly. He actively participated in the Oklahoma Press Association, National Education Association, Society of Biblical Literature and Exegesis, and Men's Dinner Club. In addition, as a director of the Oklahoma City Chamber of Commerce he worked on the projects and policies committee. As conventions committee chair, he originated the slogan "Oklahoma City is the center of the eight-state southwest" and promoted the city as a convention center.

Founding the Harlow Publishing Company in Oklahoma City in 1915, he used his political contacts to win state government printing contracts. Until the 1960s the company was the only general publishing house in the Southwest, specifically a leading publisher of textbooks and historical works. He edited the biographical work Oklahoma Leaders (1928) and wrote Oklahoma, Its Origins and Development (1934). Harlow also penned Jesus the Man (1924), Jesus' Jerusalem Expedition (1936), and The Destroyer of Jesus (1953).

The following (as per The Chicago Manual of Style, 17th edition) is the preferred citation for articles:
Tally D. Fugate, “Harlow, Victor Emmanuel,” The Encyclopedia of Oklahoma History and Culture, https://www.okhistory.org/publications/enc/entry.php?entry=HA024.