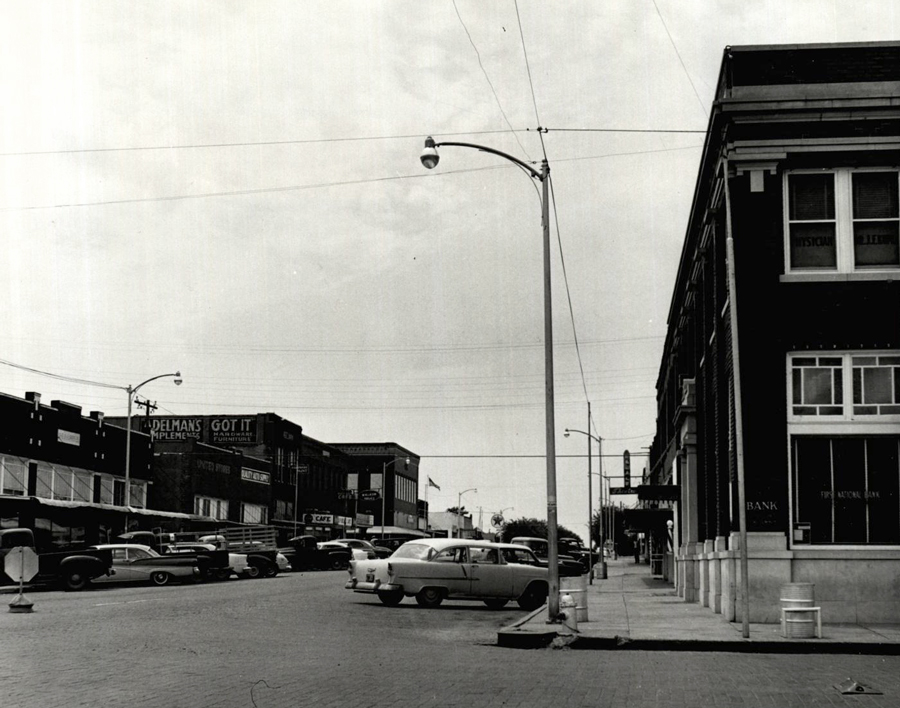 Haskell is nineteen miles northwest of Muskogee in Muskogee County on U.S. Highway 64. French explorer Jean Baptiste Bénard de La Harpe visited the Three Forks area in the early eighteenth century. His journal states that the coat of arms of the king of France were displayed on December 29, 1719, at a large Caddoan village. The site is believed to be near Haskell.

The town's namesake, Charles N. Haskell, was the first governor of Oklahoma and promoter of the Haskell Townsite Company. In 1904 Pres. Theodore Roosevelt established Haskell's first post office with the appointment of Nat Lambertson as postmaster. One and one-half miles southwest of town was Sawokla, one of the Hitchiti towns of the Muscogee Creek Nation. "Sawokla" means "gathering place," and the site was an important adjunct community to Haskell. Sawokla had a post office, established in 1902, as well as a store and a cotton gin. The latter two businesses were relocated to Haskell a short time after the completion of the Midland Valley Railroad. Sawokla was also the hometown of Samuel Checote, who later became principal chief of the Creek Nation.

Haskell's original eighty-acre tract had been purchased from Amos Rolland, Creek tribal member. Haskell's first store, S. Beshara and Brothers, was established in a tent by two Syrians. Other early business establishments included C. E. Henson's general store, Nat Lambertson's hardware and general store, and A. J. Englert's mill and elevator. In 1904 the Haskell National Bank was organized; it was followed in 1905 by the First National Bank, the International Bank, and the Arkansas Valley Bank. The 1907 population consisted of 720 residents.

Although the town's first church service was held in 1905, the Robertson Memorial Presbyterian Church was built in 1908 and named for the Robertsons, an important missionary family in Indian Territory. Robertson descendants, including U.S. Representative Alice M. Robertson, Oklahoma's first congresswoman, continued to live in the area. Rev. A. Grant Evans, president of Henry Kendall College in Muskogee, presided at the dedication, and the church building was still utilized at the beginning of the twenty-first century.

Arrival of the railroad shortly after the turn of the twentieth century stimulated early agricultural activities by providing local farmers a means to ship grain, hay, corn, melons, and cotton to northern and eastern markets. However, the discovery of gas and oil in 1910 sparked a major growth period. By 1920 the population had risen to 2,196, and Haskell boasted paved streets, concrete sidewalks, electric lights, natural gas lines, and water works. As in other small towns along the Highway 64 corridor, a loss of revenue for local businesses occurred in 1969 when the Tulsa-Muskogee Turnpike bypassed Haskell.

"Highways Were Here Way Back When," Muskogee (Oklahoma) Phoenix and Times-Democrat, 18 February 2001.

The following (as per The Chicago Manual of Style, 17th edition) is the preferred citation for articles:
Ellen Collins Johnson, “Haskell,” The Encyclopedia of Oklahoma History and Culture, https://www.okhistory.org/publications/enc/entry.php?entry=HA046.