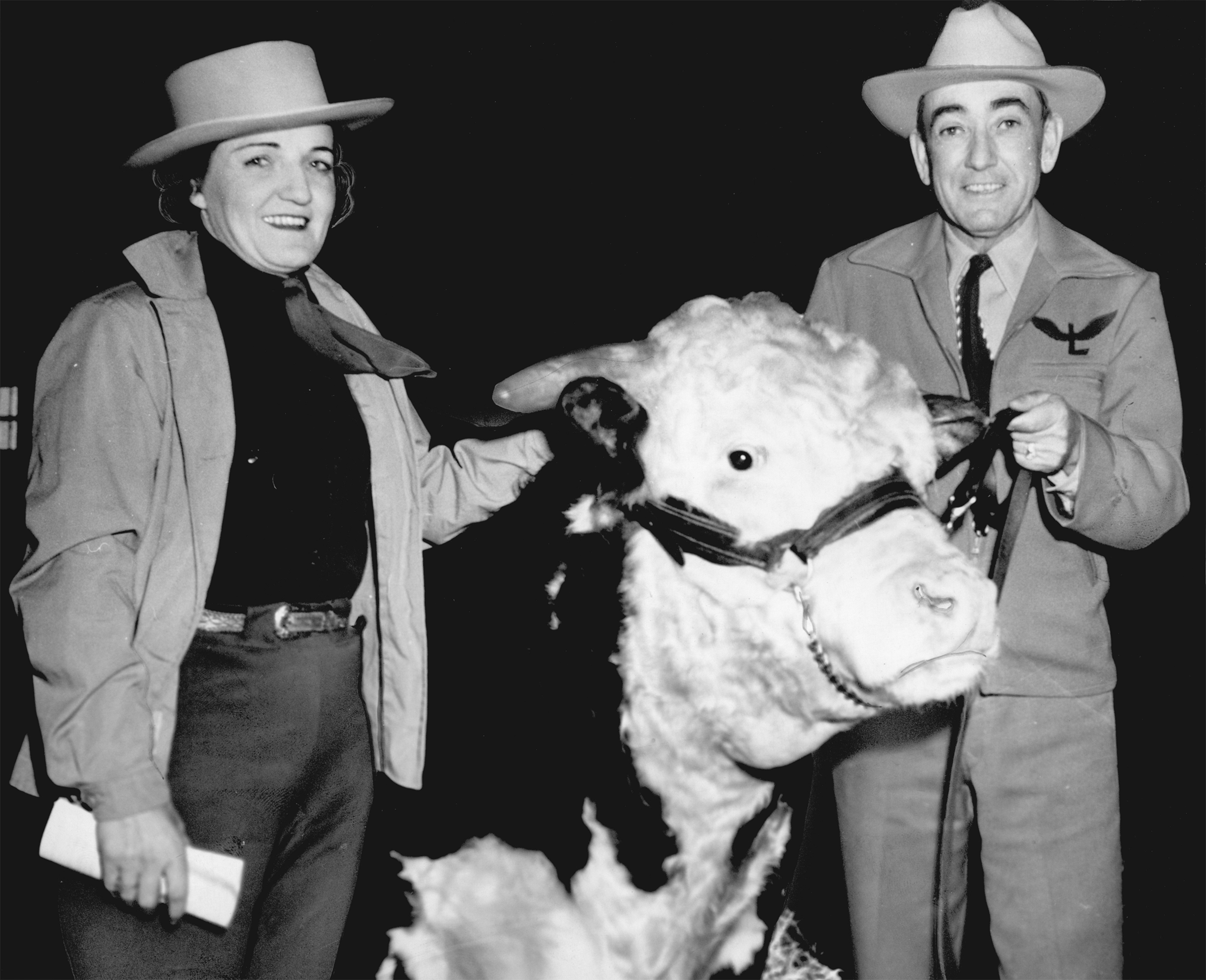 Hazford Rupert 81st, of the bloodline of famed sires Anxiety, Beau Brummel, and Lamplighter, became the 1936 international champion. Over a lifetime, 81st produced hundreds of offspring that sold for an aggregate of more than $1 million; thus, it has been called the nation's "first million-dollar bull." In 1947 81st died and was buried on the ranch, a headstone marking the resting place. Other champion Hereford bulls owned and shown by Turner were Hazford Tone 76th and TR Zato Heir. Heir's offspring sold for more than $2 million, making it the nation's "first two-million-dollar bull." Turner ranch Herefords produced some of the most important sires and dams in the national Hereford registry and were consistent show champions through the 1960s. In 1963 Turner, who became governor of Oklahoma in 1964, sold Hereford Heaven to Winthrop Rockefeller.

The following (as per The Chicago Manual of Style, 17th edition) is the preferred citation for articles:
Dianna Everett, “Hazford Rupert 81st,” The Encyclopedia of Oklahoma History and Culture, https://www.okhistory.org/publications/enc/entry.php?entry=HA057.