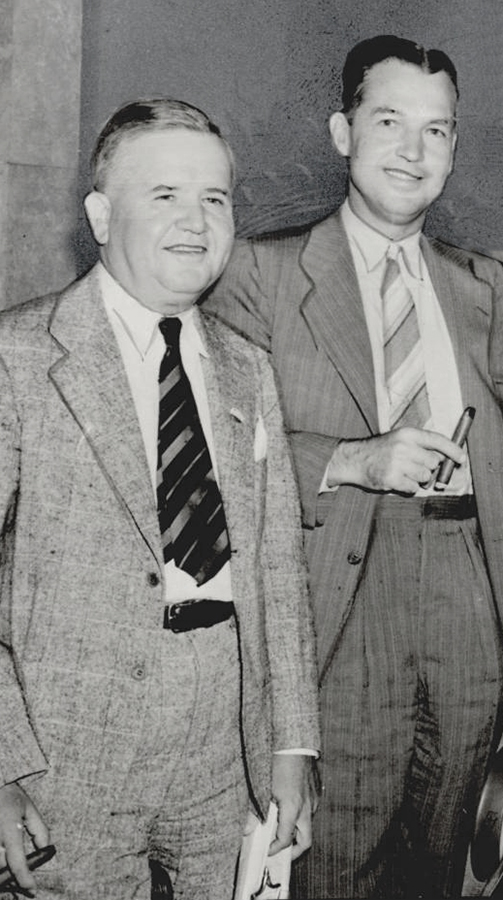 Attorney, entrepreneur, oilman, railroad developer, and controversial politician Jacob Louis "Jake" Hamon was born June 5, 1873, in Grenola, Kansas. He graduated with a law degree from the University of Kansas in 1898 and married Georgia Perkins in Sedan, Kansas, that same year. The couple moved to Oklahoma and settled in Lawton in 1901. Hamon was elected city attorney and later became mayor. A son, Jake, Jr., was born in 1901 and a daughter, Olive Belle, in 1909.

Meanwhile, Hamon undertook several business ventures. He relocated to Ardmore in 1912, and he joined with John Ringling, circus magnate, to build a railroad from Ardmore to Ringling, and then moved on to the Healdton Field and began speculating in oil leases. After making a fortune there, he started ventures in Texas, creating the short-lived town of Jakehamon during the Desdemona oil boom of 1919. He also had large holdings in the Wichita Falls, Ranger and Fort Worth Railroad.

At the peak of his Oklahoma political power, on November 26, 1920, Hamon died of a gunshot wound he received from Clara Smith Hamon, his mistress and secretary and wife of his nephew. She was tried the following March and was acquitted of murder on the basis of self-defense. Jacob Louis "Jake" Hamon was buried in Ardmore's Rose Hill Cemetery.

The following (as per The Chicago Manual of Style, 17th edition) is the preferred citation for articles:
Stephanie Shafer, “Hamon, Jacob Louis,” The Encyclopedia of Oklahoma History and Culture, https://www.okhistory.org/publications/enc/entry.php?entry=HA058.