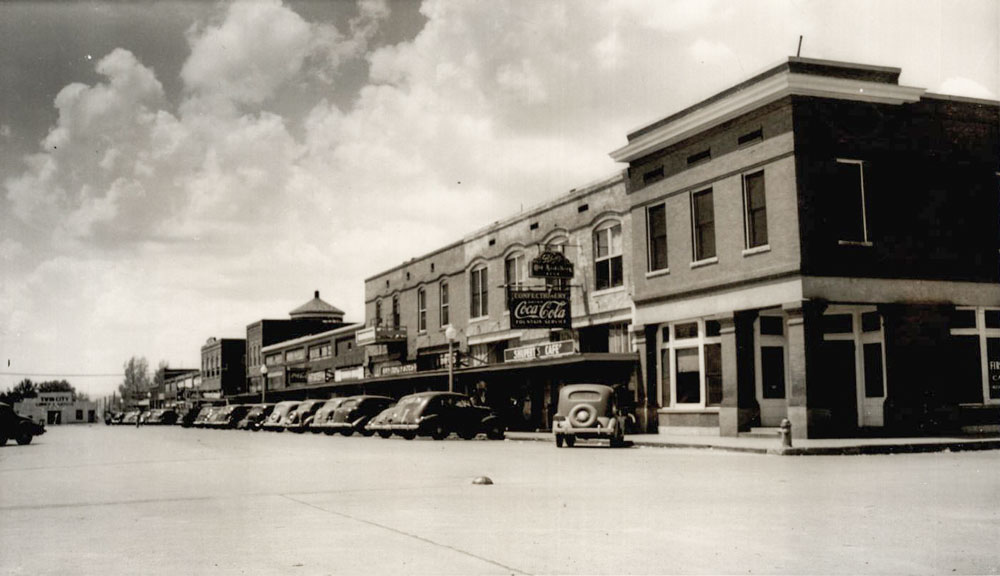 Located in Le Flore County, Heavener is situated on State Highway 128 and on U.S. Highway 59/270, approximately twelve miles south of Poteau, the county seat. Lying within the former Choctaw Nation, Heavener is named for Joseph H. Heavener, who arrived in 1877 and was one of the area's earliest white settlers. He and others, including Sam Wilson, farmed on Choctaw permits. In 1880 Zachary Taylor Ward and his wife, Tabitha Hickman Ward, a Choctaw Indian, moved their store at Skullyville to present Heavener. This began the settlement. Ward died in 1883, and Tabitha married Heavener. The couple owned the land on which the town was established. Prior to the town's christening as Heavener, the area was known by several different names, including Prairie of the Tall Grass, Choctaw City, Prairie View, Long Prairie, and Grand Prairie.

Good land drew farmers to the area and assisted in Heavener's growth. In 1885 a cotton gin and gristmill were built, and soon other businesses began moving in. Floyd Wilson established a subscription school. In 1886 Sam Lucas established a community church, the settlement's first. By 1889 Dr. Salather C. Capp practiced as the first doctor. The Commercial Hotel was built about that time. In 1895, after a vote of the local residents, the town became Heavener. In 1896 the Kansas City, Pittsburg and Gulf Railroad built tracks through the town. A post office was established in a boxcar on May 12, 1896. Simon W. Woods served as the first postmaster. Another boxcar served as the train station. In 1900–1901 the Arkansas Western Railroad constructed tracks from Heavener east to Arkansas.

Heavener expanded because of transportation access. After the Curtis Act (1898) allowed Indian Territory's municipalities to operate under federal guidelines, the town incorporated in 1898, with E. W. Moore the first mayor. In 1899 Harvey Wise became the first peace officer. In 1900 the population stood at 234. In 1901 the town was platted. After the Kansas City Southern Railway purchased the rail line in 1900, in 1910 the company established a roundhouse, making Heavener a division point. As a result, the town grew. In that year the first bank opened. In 1910 the population was 780, and by 1911 Heavener had two banks, two newspapers, and all of the amenities of a growing city. The population jumped to 1,850 in 1920.

The region benefited from the mining and timber industries. Heavener hosted the Burnett Lumber Company's sawmill from 1935 until it burned in 1981. In 1930 the U.S. Census reported a population of 2,269, which declined to 2,103 in 1950. In 1960 the Heavener Charcoal Company began operation, shipping charcoal from its kilns to a plant in Arkansas. In 1970, when Oklahoma officials dedicated the nearby Heavener Runestone State Park, the population was 2,566.

In the late twentieth century poultry farming took precedence as an economic activity. Poultry farmers in the Heavener area raise millions of chickens each year. In 1986 OK Foods established a poultry hatchery at the town. In 1992 the company opened a processing plant and in 1995 a feed mill for the farmers who supply the plant with chickens. These enterprises provide employment for many local residents, as well as for a large number of Hispanics who have migrated to Heavener to work. In 2000 the number of inhabitants stood at 3,201, with 23.5 percent of them being Hispanic. The 2010 census recorded 3,414 residents, of whom 41.3 were of Hispanic ethnicity.

The following (as per The Chicago Manual of Style, 17th edition) is the preferred citation for articles:
Arlene LeMaster, “Heavener,” The Encyclopedia of Oklahoma History and Culture, https://www.okhistory.org/publications/enc/entry.php?entry=HE006.