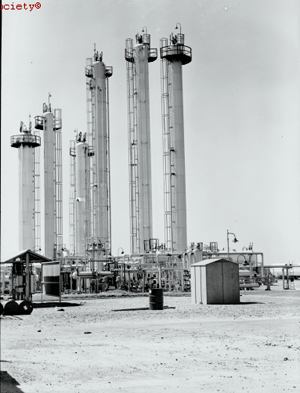 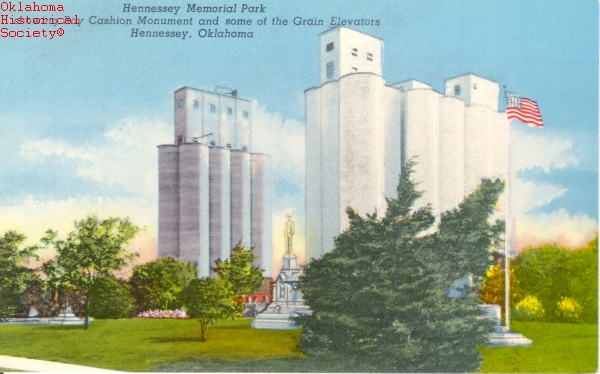 Located in north-central Kingfisher County at the intersection of U.S. Highway 81 and State Highway 51, Hennessey was born with the run into the Unassigned Lands of central Oklahoma. Kingfisher, the county seat, lies eighteen miles to the south. In presettlement years various Plains tribes traversed the region in their search for buffalo and other game. Nearby, Turkey Creek is a tributary of the Cimarron River.

Transportation routes aided the county's development. Hennessey's future site lay west of a government road and stage route running southward from Kansas through the Cherokee Outlet to Fort Reno, and also near the Chisholm Trail, along which Texas ranchers herded millions of cattle northward in the 1880s. The town was named for Pat Hennessey, a freighter killed in April 1874 along the road at a spot approximately seventy miles south of Caldwell, Kansas. Historians disagree concerning whether he died in a fight with Cheyenne or with white horse thieves. The community has commemorated his demise in a memorial park.

The settlement was laid out by the Hennessy Townsite Company in adjacent quarter-quarter sections of Section 24, Township 19 North, Range 7 West after the land run of April 22, 1889. A postal designation was made for "Hennesy" on July 20, 1889, but in early October the designation's spelling was restyled "Hennessey," with Guy R. Gillett as postmaster. The company placed the town on the anticipated route of the Chicago, Kansas and Nebraska Railway line (owned by the Chicago, Rock Island and Pacific Railway) under construction from Kansas through the Cherokee Outlet. The first train arrived in late September 1889. By 1890 the townspeople patronized two grocers, two general stores, a lumber dealer, a feed store, a drug store, a bank, three restaurants, a hotel, and a dozen other establishments. County commissioners approved incorporation on June 10, 1890.

Hennessey became the center of a prosperous agricultural trade area that extended twenty-five miles east and west and south to the Cimarron River, which divided the county. When the Cherokee Outlet opened in September 1893, a land office was placed just north of Hennessey and immediately south of the Outlet. Serving the southern part of the Outlet, the town boomed to an estimated fifteen hundred in 1894. In 1900 the U.S. Census registered 1,367 in addition to nearly nine hundred in the surrounding township. By that time a confectioner, three saloons, a bottling works, three hardware stores, and numerous other businesses had opened. Methodist, Baptist, Congregational, and Catholic churches existed, and three newspapers, the Clipper, the Eagle, and the Press Democrat, printed the news. Farmers in northern Kingfisher and southern Garfield counties patronized Hennessey's shipping facilities, roller mill, flour mill, and windmill dealer, and by 1909–10 they accessed six grain elevators and two flour mills. In 1910, 1,665 people lived in the county's second-largest town.

The town's location kept its economy viable despite a post–World War I agricultural depression. In 1920 the census recorded 1,310 inhabitants, and in 1930, 1,271. In the 1930s businesses included automobile dealers and service stations. Farmers took their products to two elevators, two cotton gins, two flour mills, and a creamery. In addition, in the late 1930s an oil boom in the Hennessey Field created jobs and income. While other small towns withered in the Great Depression, Hennessey grew to 1,342 by 1940. After that, it, too, slowly dwindled. In the 1940s and 1950s agriculture remained the dominant local pursuit.

Hennessey's inhabitants endeavored to educate their children well. The town's early school held classes from September 1891 in rented rooms, but by November 1894 a building had been erected. In 1913 the first public library opened. A separate school for black children was constructed in 1910, and a Catholic parochial school existed from 1921 to 1926. A new public high school opened in 1928 in a building that served until 1964. The school system enrolled approximately 750 students by 2000.

From 1950 agriculture remained vital, with wheat the primary crop. Three elevators and various agribusinesses operated. New oil discoveries in the late 1950s boosted the population to 2,171 in 1970 and a peak of 2,287 in 1980. Conoco constructed a gas plant there, and more than a dozen oil-field services operated from Hennessey in the 1990s. The growth of Enid, to the north, and Kingfisher, to the south, provided employment for commuters living in Hennessey. Nearby industries included Energy Metering Systems, Exxon gas plant, Leamco pumping unit repair, and Seaboard Farms. The 2000 census recorded 2,058 inhabitants, and in 2010 the count had grown to 2,131.

Roy V. Cashion, a Hennessey native for whom the town of Cashion is named, served in Roosevelt's Rough Riders in the Spanish-American War and was the regiment's only member to be killed, dying in 1898 at San Juan Hill in Cuba. The Farmers' and Merchants' Bank Building (NR 84003085) and Farmers' Co-Op Elevator (NR 00001042) are listed in the National Register of Historic Places.

The following (as per The Chicago Manual of Style, 17th edition) is the preferred citation for articles:
Dianna Everett, “Hennessey,” The Encyclopedia of Oklahoma History and Culture, https://www.okhistory.org/publications/enc/entry.php?entry=HE016.