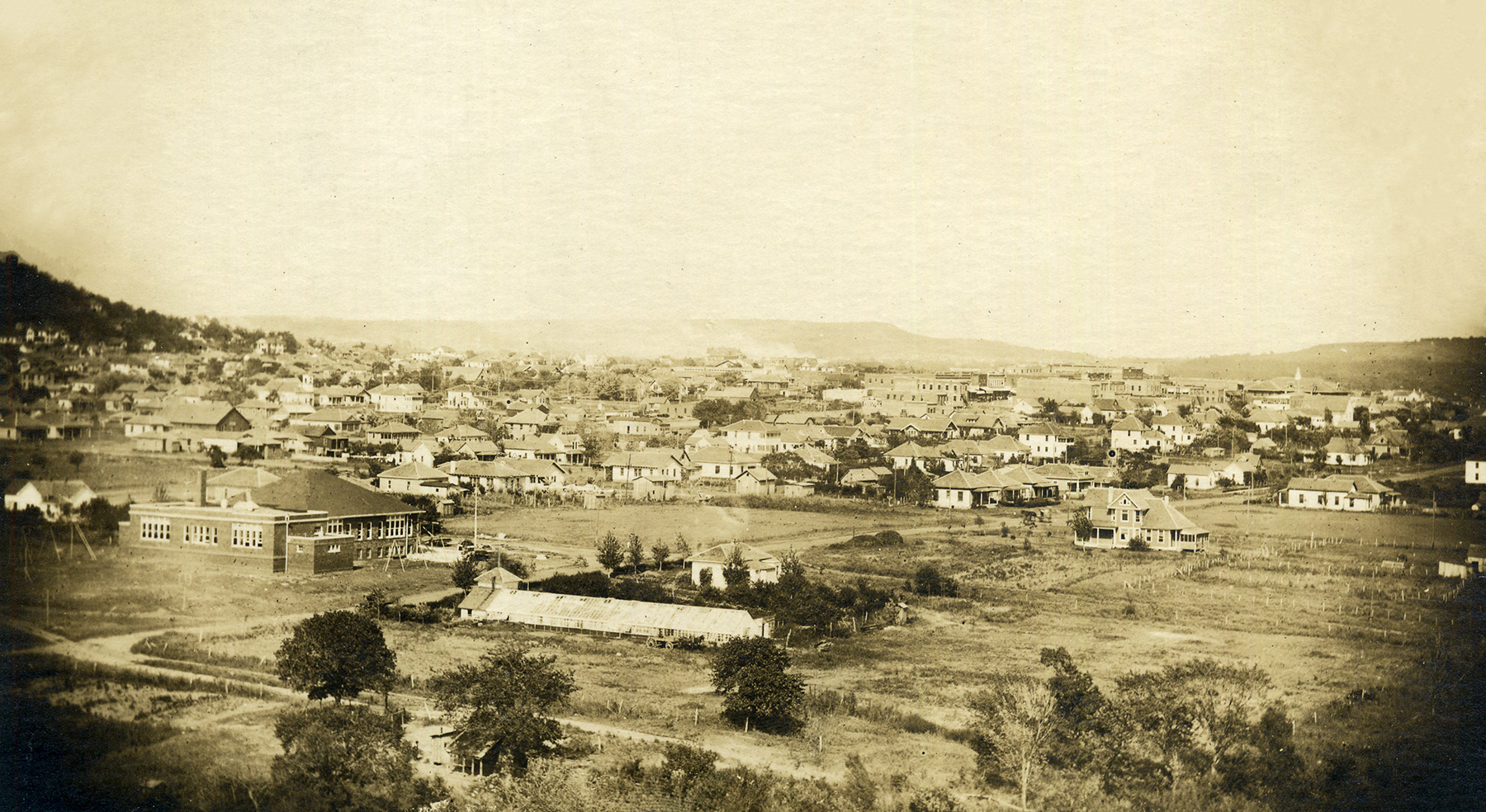 The southern Okmulgee County community of Henryetta is situated two miles north of the Interstate 40 and U.S. Highway 62/75 junction, fifty-one miles south of Tulsa and fourteen miles south of Okmulgee, the county seat. Hugh Henry, Henryetta's founder and first resident, arrived in the area in 1885 and discovered coal. The land on which Henry pitched his tent belonged to the Creek Nation, one of the Five Tribes. Being part Creek, he established ranching operations, using the coal to fire the forge of his smithy. The existence of coal deposits eventually brought the St. Louis and San Francisco Railway, the Kansas, Oklahoma and Gulf Railroad, and the Okmulgee Northern Railway to open several active mines. A settlement called Furrs grew up adjacent to the mining operations. A post office opened there on August 28, 1900, under the official name of Henryetta, named for resident Henry G. Beard and his wife, Etta. In 1901 a city government was formed, and Olin Meacham served as the town's first mayor.

Coal, oil, natural gas, and agricultural products provided Henryetta's economic base. By 1909 a total of fourteen coal mines produced sixty-five thousand tons each month, with a reported seventy-thousand-dollar payroll flowing back into the town's economy. In 1931 Henryetta claimed twenty-three industrial plants that included twelve coal mines, a broom factory, brick factories, and a bottling plant. During the late 1940s and early 1950s the Pittsburgh Plate Glass facility, the largest of its kind west of the Mississippi River, employed nine hundred people. At the same time, the Eagle-Picher Company utilized more than seven hundred workers to produce three-fourths of the free world's supply of the rare metal germanium.

Several newspapers have reported to the town, the longest-lived being the Henryetta News from 1925 through 1937 and the Henryetta Free-Lance from 1919 through the twentieth century. Local amenities include a public golf course and historic Jim Hall (New) Lake, with facilities constructed during the 1930s by the Civilian Conservation Corps. The community hosts a Living Legends Rodeo each Labor Day. Rodeo champion James Arthur "Jim" Shoulders retired to a ranch near Henryetta in 1962, and Troy Kenneth Aikman, former quarterback for the Dallas Cowboys and a member of the National Football League Hall of Fame, graduated from Henryetta High School in 1984. Henryetta is administered by a council-manager form of government and elects a mayor.

The following (as per The Chicago Manual of Style, 17th edition) is the preferred citation for articles:
Maxine Bamburg, “Henryetta,” The Encyclopedia of Oklahoma History and Culture, https://www.okhistory.org/publications/enc/entry.php?entry=HE017.