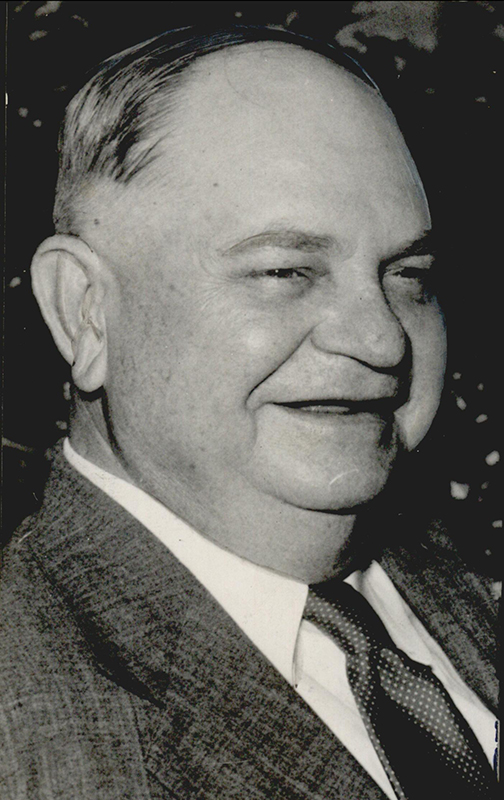 One of the few individuals to represent two different states in Congress, U.S. Rep. Robert Potter Hill was born on April 18, 1874, near Ewing, Illinois. He was the son of James B. and Rebecca Spilman Hill. Educated in the public schools, Hill graduated from Ewing College in 1896 with a bachelor's degree. His college career had been interrupted for two years while he taught school. In 1899 he moved to Marion, Illinois, and studied law. A year later, he married Lora Corder. The Hills had one son, Robert Potter.

After his admission to the Illinois Bar in 1904, Hill remained in Marion. He held various positions, including justice of the peace, police magistrate, and city attorney. Following a two-year (1910–12) stint in the Illinois state legislature, he was elected as a Democrat to the U.S. House of Representatives from Illinois in 1912. Unsuccessful in a reelection bid in 1914, he returned to practice law in Marion.

In 1918 he settled in Oklahoma City and practiced law. From 1925 to 1929 he served as an assistant county attorney in Oklahoma County. He enjoyed membership in the American Bar Association, the Masonic order, Knights of Pythias, and the Elks. He renewed his acquaintance with William H. Murray, whom he had known when both had been in Congress. After supporting Murray in the 1930 gubernatorial campaign, Hill was rewarded for his efforts when Murray appointed him district judge to fill a vacancy in the Thirteenth District Court of Oklahoma. In 1934 he was elected to this position. Two years later he resigned following a successful campaign for the U.S. House.

Although he campaigned as a New Dealer, he refused to commit himself on the Supreme Court reorganization bill, the major legislative issue of the first session of the Seventy-fifth Congress. As a member of the Judiciary Committee he believed it would be wrong to comment on the legislation as he might be asked to consider the bill in a judicial capacity. In October 1937 he returned to his district for a routine visit. While in Oklahoma, he was hospitalized and died from complications of a cold on October 29, 1937. He was interred in Memorial Park Cemetery in Oklahoma City.

Memorial Services Held in the House of Representatives of the United States, Together with Remarks Presented in Eulogy of Robert Potter Hill, Late a Representative from Oklahoma (Washington, D.C.: GPO, 1938).

The following (as per The Chicago Manual of Style, 17th edition) is the preferred citation for articles:
Carolyn G. Hanneman, “Hill, Robert Potter,” The Encyclopedia of Oklahoma History and Culture, https://www.okhistory.org/publications/enc/entry.php?entry=HI006.