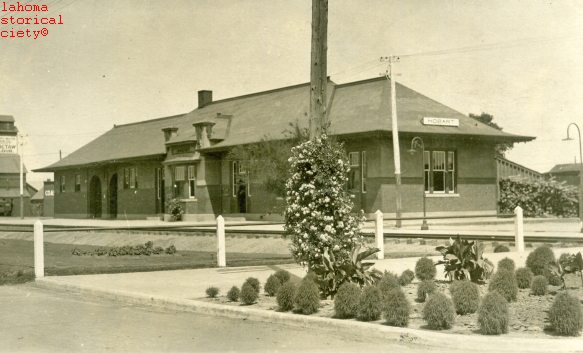 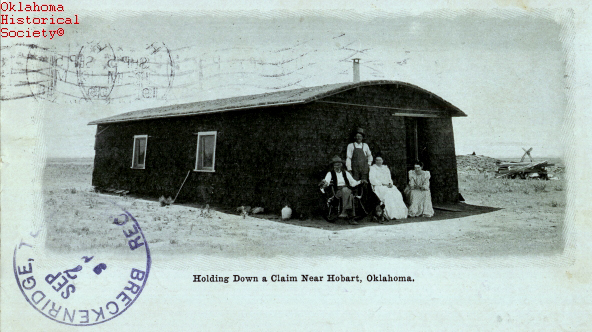 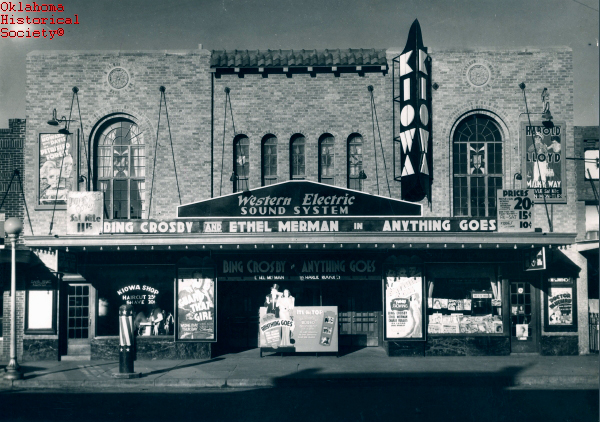 The Kiowa County seat, Hobart is situated on State Highway 9 two miles west of U.S. Highway 183. Located 120 miles southwest of Oklahoma City and sixty-five miles northwest of Lawton, Hobart is served by the St. Louis and San Francisco (Frisco) Railway, which runs north-south along the town's eastern limits. The town was named in honor of Garrett A. Hobart, a vice president of the United States (1897–99).

On August 1, 1901, the present Hobart townsite was secluded prairie. The next morning a throng of people, many of whom had traveled from across the nation, occupied the area. They were there for land. Most had no money but hoped to build homes and businesses on the former Kiowa-Comanche-Apache Reservation. Thirteen thousand people, living in tents, gathered for the land lottery. After the lot sale began on August 6, 1901, Hobart became the residence of 2,530 individuals.

Hobart businesses began in tents, then transferred to wood-frame structures as they were built. Among the first frame buildings was a courthouse for the county government. Cowboys, gamblers, ministers, and entrepreneurs all mingled in "Ragtown," as Hobart was then nicknamed. The town's first crops included corn, but farmers soon found the climate suitable for cotton. By 1903 Hobart had electric lights, an ice plant, and some of the Southwest's largest wholesale businesses. There was a flour mill and several department stores. The Dan Miller and Son cotton oil mill developed into one of the region's major mills. Other establishments included two cotton gins, lumber and coal yards, hardware stores, hotels and restaurants, laundries, lawyers, doctors, fraternal orders, four national banks, a public library, a telephone exchange, livery and feed stables, wagonyards, and furniture stores. Hobart had several early newspapers, including the Hobart Daily Chief, the Hobart Republican, and the Hobart Democrat-Chief, which remained in publication at the end of the twentieth century.

The following (as per The Chicago Manual of Style, 17th edition) is the preferred citation for articles:
Ethel Crisp Taylor, “Hobart,” The Encyclopedia of Oklahoma History and Culture, https://www.okhistory.org/publications/enc/entry.php?entry=HO001.