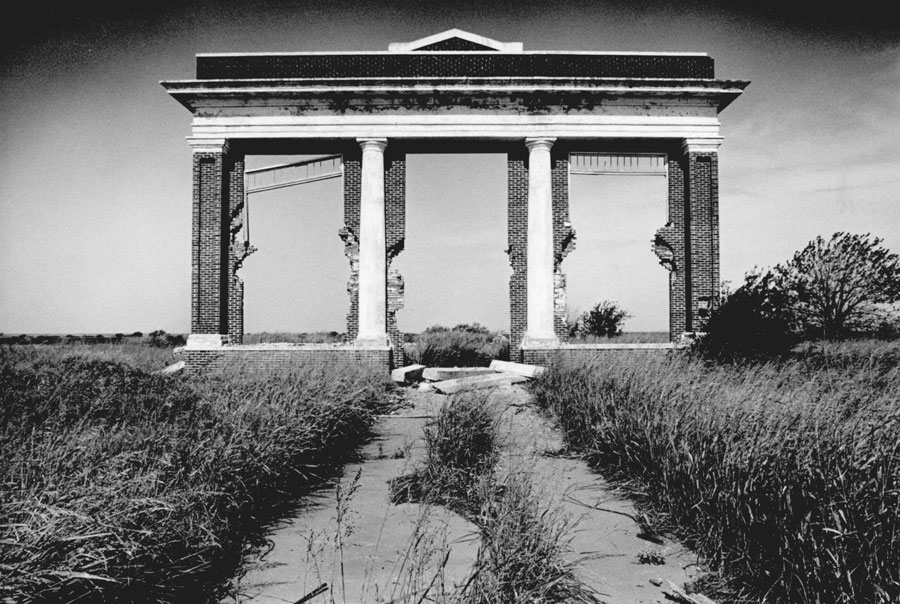 Located on Oklahoma Highway 54, Hollister lies ten miles southeast of Frederick in Tillman County. By 1907 the townsites of Isadore and Parton were well established when the Wichita Falls and Northwestern Railway (later the Missouri, Kansas and Texas Railway) built lines from Wichita Falls, Texas, to Frederick, Oklahoma. As neither town was properly situated for a depot, the railroad originated a townsite nearby. Initially, it was a switch called "Happy Jack," "Happy Spur," or "Happy." The first station was a boxcar, and the first train arrived on November 16, 1907. H. E. Fisher, J. A. Majors, H. A. Holloman, and James Bennett each gave forty acres of land for the townsite, and the town was named for Harry L. Hollister, the depot agent in Frederick. A post office was established on February 1, 1909. Businesses and churches soon began purchasing lots. Eighteen buildings were moved by a Reeves steam engine from Parton, and many new buildings were constructed of brick. Water was obtained from Parton's two wells. A town board form of government was organized, and it continued into the twenty-first century.

School children first attended the rural Dawson School, located one mile west of the northern boundary of Hollister. Soon local school districts consolidated, and a brick building was built in 1922. Ball clubs, 4-H teams, music groups, and other organizations excelled. The high school closed in 1963, and the grade school in 1968. The Hollister Alumni Association remained active, with well-attended reunions. For many years Hollister was a thriving town with doctors, dentists, various businesses, and five churches serving a surrounding agricultural region. Residents enjoyed civic clubs, fraternal organizations, youth and farm clubs, and a city band. Rising to 198 in 1930, population peaked at 200 in 1940 and declined to 105 by 1970. At the turn of the twenty-first century Hollister had a population of 60, a post office, and a Baptist church, and two grain elevators served local farmers. The 2010 census counted 50 living in the town.

The following (as per The Chicago Manual of Style, 17th edition) is the preferred citation for articles:
Frances Goodknight, “Hollister,” The Encyclopedia of Oklahoma History and Culture, https://www.okhistory.org/publications/enc/entry.php?entry=HO016.