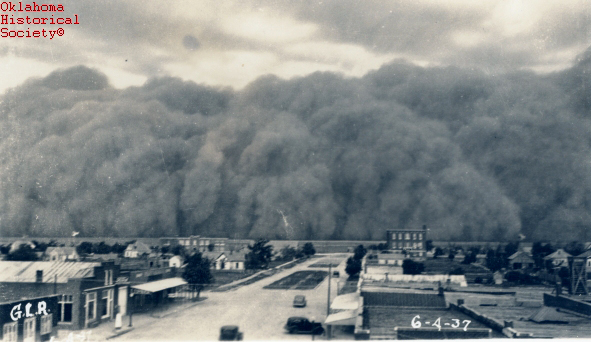 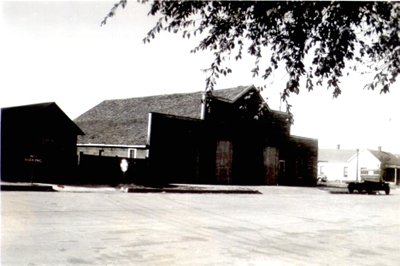 Located in the Oklahoma Panhandle's Texas County, Hooker lies at the intersection of U.S. Highways 54 and 64 and State Highway 94, approximately twenty-two miles northeast of Guymon. As part of No Man's Land, the area stood outside the boundaries of the surrounding territories until it was attached to Oklahoma Territory in 1890. Mainly cattlemen utilized the land, but in the 1880s settlers began to homestead on this public strip. In 1902 the Chicago, Rock Island and Pacific Railway laid tracks from Liberal, Kansas, southwest to Texas at present Texhoma. That year the U.S. Postal Service designated the future town a post office. According to regional historian Henry Chrisman, the name honored OX ranch foreman John "Hooker" Threlkeld. In 1904 the Chicago Townsite Company oversaw the organization and sale of town lots.

The town rapidly expanded and by 1907 housed 448 residents. From 1904 into the twenty-first century the Hooker Advance served as the town's newspaper. Another early journal was the Farmer's Voice. In 1908 fire destroyed three-fourths of the business district. In 1910 the population stood at 525. In 1911 a bank (opened in 1906), three lumber companies, three hotels, two grain elevators, a cotton gin, numerous retail outlets, and a public school system (established in 1904), which employed seven teachers, benefited the community. In 1927 the Beaver, Meade and Englewood Railroad (BM&E) built an east-west line to Hooker, resulting in greater growth. The population increased from 946 in 1920 to 1,628 in 1930. Agriculture, primarily wheat farming, continued to be the economic catalyst. The Great Depression and the severe dust storms that beset the Panhandle affected the town, and by 1940 the population had decreased to 1,146.

In the mid-twentieth century Hooker profited from the Hugoton-Panhandle gas field, and by 1954 two natural gas processing plants were located near the community. By 1950 the population had climbed to 1,842, then it dipped slightly to 1,684 in 1960. The gas activity supplemented the vicinity's agricultural production. In 1972 the BM&E, then controlled by the Missouri, Kansas and Texas Railway, abandoned its line. The Hitch Ranch and Pride Feeders Limited operated cattle feedlots in the Hooker area into the twenty-first century. In 1983 the Hooker Woodframe Grain Elevator (Wheat Pool Elevator Company, NR 83002133) was listed in the National Register of Historic Places. In 1980 Hooker residents numbered 1,788, declining to 1,551 in 1990. In 1992 the Seaboard Farms began operating large hog farms in Texas County and placed facilities near the community. In 2000 the Hooker School District enrolled 560 students, and again the population stood at 1,788. It grew to 1,918 in 2010.

The following (as per The Chicago Manual of Style, 17th edition) is the preferred citation for articles:
Larry O'Dell, “Hooker,” The Encyclopedia of Oklahoma History and Culture, https://www.okhistory.org/publications/enc/entry.php?entry=HO028.