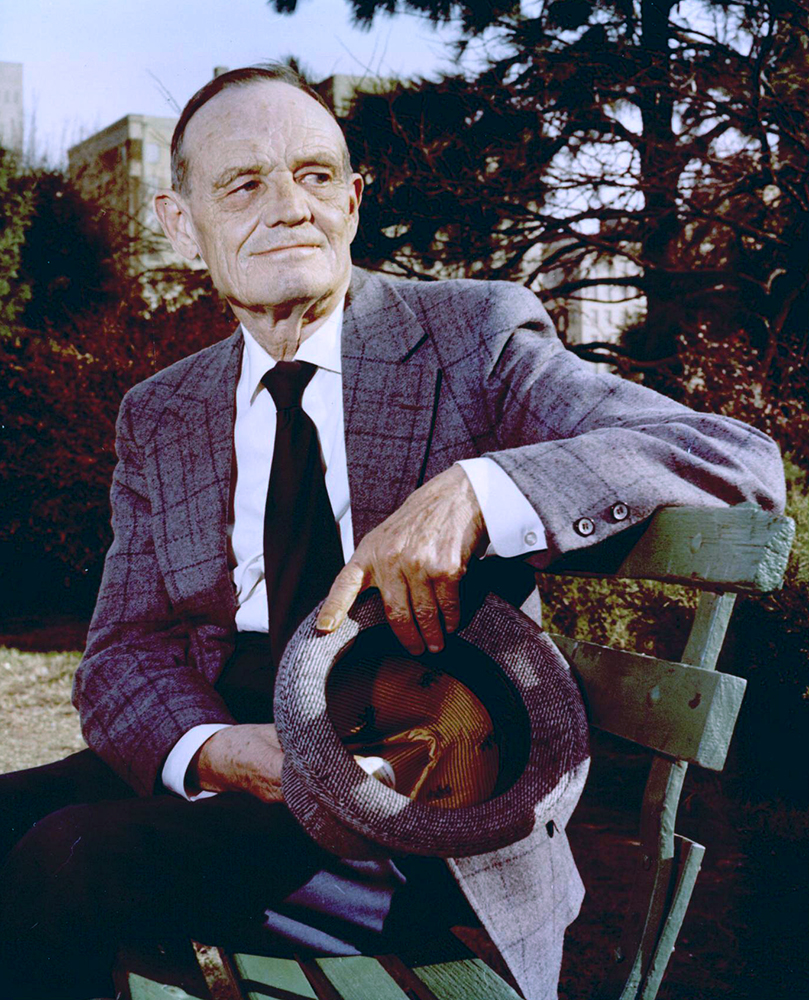 Hope's first published poetry appeared in the Ada Evening News when he was seven. During the 1930s he began an intended epic of the Santa Fe Trail. Several poems are included in his correspondence with William S. Bizzell, the University of Oklahoma's president. Hope wanted Bizzell to arrange a reading for him at the university. Bizzell requested that Joseph A. Brandt, then director of the university press, obtain a reading of a manuscript by a New York publisher. Although impressed, the reader thought Hope needed experience and time to develop his talent. At the university's first Summer Short Course in Professional Writing, on July 14, 1938, Hope presented a talk on contemporary poets.

On recommendation of B. A. Botkin, Hope became part of the WPA Oklahoma Federal Writers' Project, doing research and interviews in Ada and Pontotoc counties from November 1938. By spring 1939 he had contributed three stories for the national folklore publications planned by Botkin but never published. Economics of Scarcity, a pamphlet of "off-time writing" published by the project in June 1939, included Hope's poem "The Cotton Picker." It is of some interest that he was the only writer associated with this publication who was not active in union or other political organizations of the period.

In spring 1942, partly in frustration because he could not find employment to match his poetic self-image, he left the state as a tramp, in the vagabond spirit of poet Vachel Lindsey. Writing to Bizzell a year earlier, he had mentioned his intention to walk the route of the Santa Fe Trail in order to expand the epic poem. World War II offered another way. He sent a Western Union message from Kansas City, Missouri, on May 13, 1942, saying "Enlisted in Army Here. Nobody Knows Me. May[be] I Get In."

After the war he roamed as a tramp poet until his travels became almost legendary to the folks back home. During years of travel from Boston to Florida to the Texas coast he also spent time in Paris and London. He worked on several newspapers, including those in Muskogee, Tulsa, Oklahoma City, St. Louis, El Paso, and finally New York City. Staying there for as long as twelve years, he worked for the Daily Mirror and for a publishing house near Greenwich Village. He later told a reporter that he had spent more time in New York than in any place other than Oklahoma.

While working at the University of Tulsa library, Guy Logsdon, another Ada native, collected enough of Hope's poems to publish The Great River and the Small and Other Poems in 1970. That year, Tulsa's mayor honored Hope with "Welborn Hope, Oklahoma Tramp Poet Day." In the event's publicity Hope explained that Walt Whitman, Vachel Lindsay, and French poet Arthur Rimbaud were not ashamed to be tramp poets. Hope's earlier WPA interview with J. H. Biles concerning "the Famous Hanging of 1909" in Ada was adapted for a 1951 newspaper publication as "Our Badmen Were Good." The interview also became a reference for Glenn Shirley's Shotgun for Hire in 1970. Hope expanded his story for a combined family and local history as Four Men Hanging: The End of the Old West, published in 1974.

On December 12, 1975, after a thirty-seven-year absence from the university, Welborn Hope finally gave a poetry reading for a symposium at the Center of Continuing Education. His opening remarks noted that his previous appearance had been circa 1938. He spoke warmly of Bizzell and other scholars. Explaining the "legend" that he had walked away from the Ada drug store as a means of getting away from the world of business, he noted that the part about throwing the key as far as he could actually had been borrowed from Sherwood Anderson's story about leaving his job. Hope expanded his use of the term tramp poet to include minstrels and traveling players performing before the invention of movable type. The following March he returned to campus to give a reading for the English Forum, a graduate student group.

Hope resigned his title as "Oklahoma's Tramp Poet" when he settled into retirement in Oklahoma City, and he continued to write. With funding from Jack Conn, a banker and his childhood friend, he co-wrote, with Odie B. Faulk and Pendleton Woods, The Life of a Successful Bank (1978). A trilogy of epic poems of the Old West—Prairie Ocean: An Epic Poem of the Santa Fe Trail (1982), Beside the Chisholm Trail (1983), and Custer's Reward: An Epic Poem of the Old West (posthumously, 1989)—were published by the Oklahoma Historical Society. Welborn Hope died in Oklahoma City on October 9, 1988.

B. A. Botkin Collection, Archives and Special Collections, University of Nebraska, Lincoln.

Guy Logsdon, "Introduction," The Great River and the Small and Other Poems (Norman: University of Oklahoma Press, 1970).

The following (as per The Chicago Manual of Style, 17th edition) is the preferred citation for articles:
Frank Parman, “Hope, Thomas Welborn,” The Encyclopedia of Oklahoma History and Culture, https://www.okhistory.org/publications/enc/entry?entry=HO030.