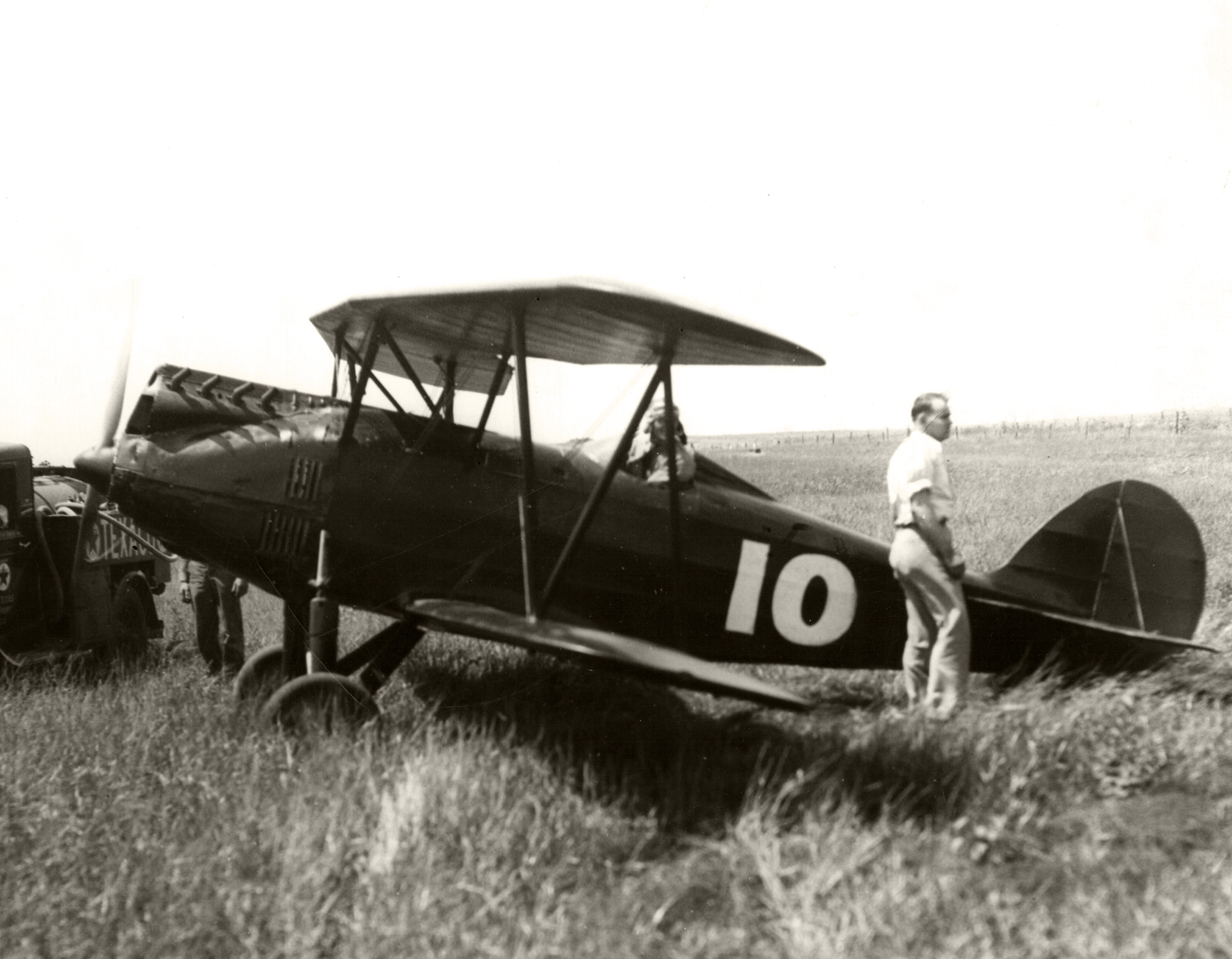 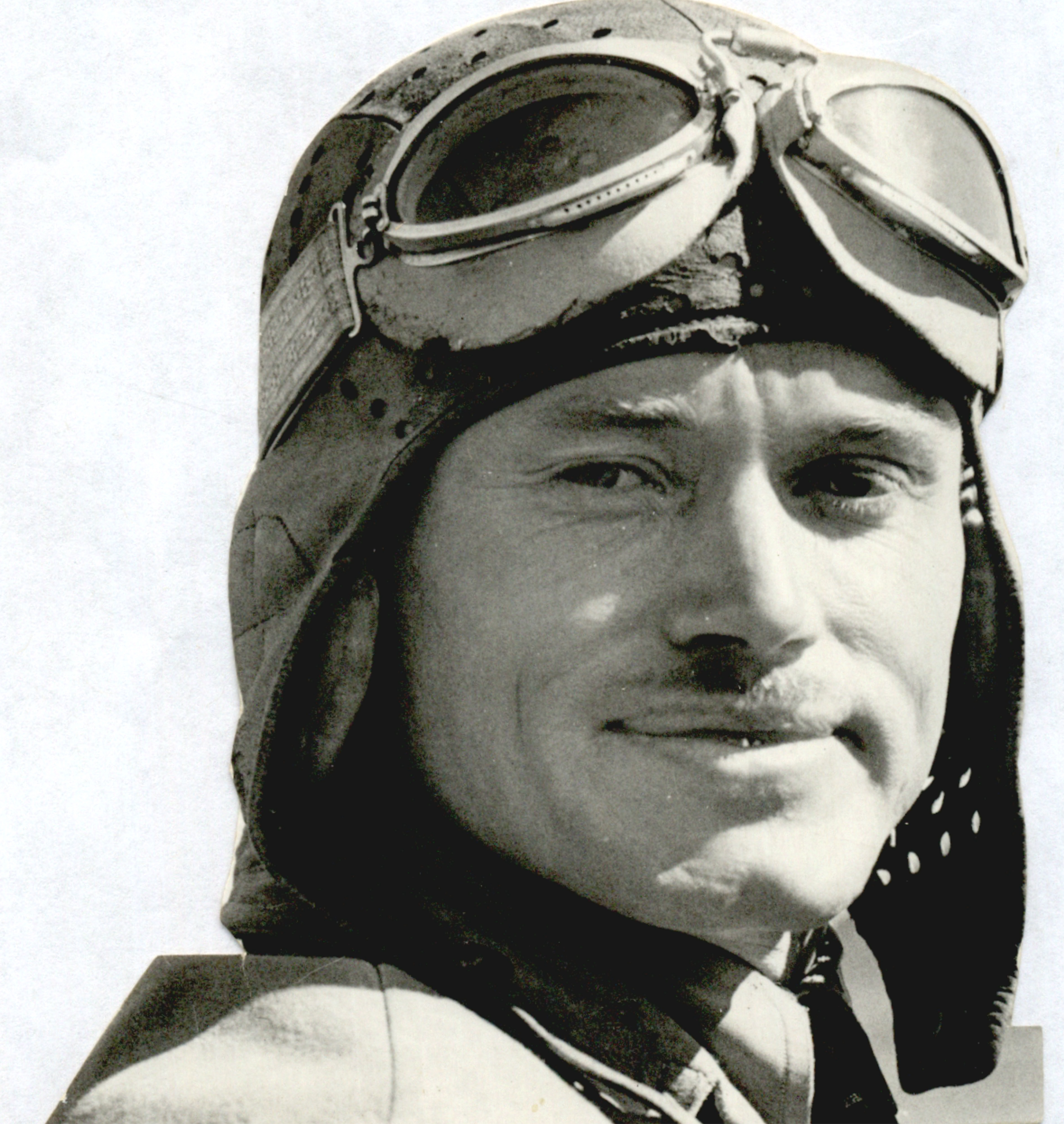 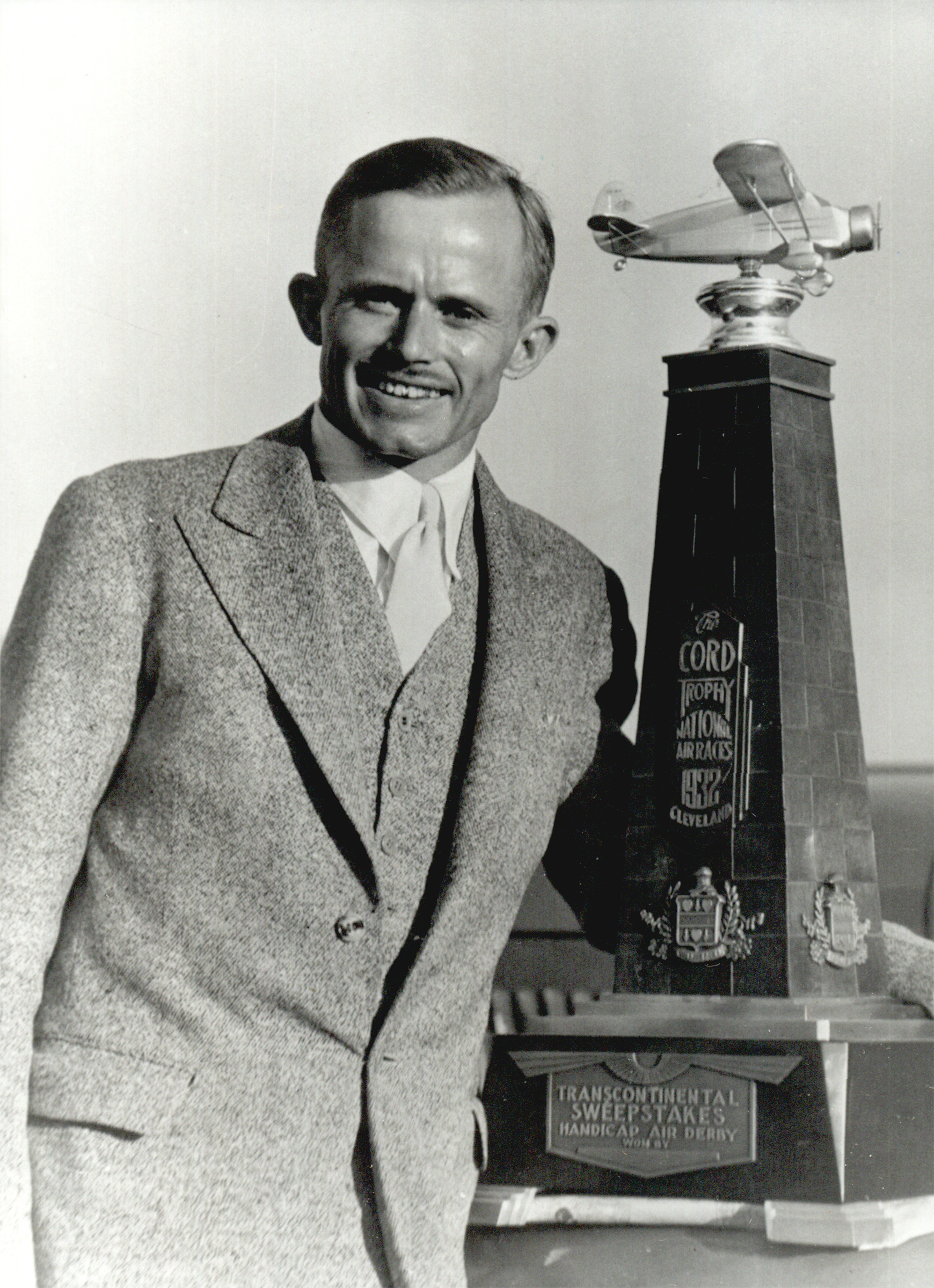 Aviator Roy Orlando Hunt entered the world at Arapaho, Oklahoma, on May 29, 1897, born to Walter Ernest and Elisa Burch Hunt. Roy Hunt attended public schools and spent his youth in Carter, Oklahoma. Service in World War I provided experience as an automobile mechanic, and by 1926 he had settled in Norman and was working for B. S. Graham Flying Service as an airplane mechanic. Hunt was one of a small, enthusiastic, enterprising group that developed commercial aviation in Oklahoma. A natural aptitude for flying led him to take up aerobatics with James "Jimmy" Haizlip, Graham's chief pilot. In 1928 Hunt took over the Norman service when Haizlip moved to St. Louis, his base of operations when he won the Bendix Trophy in the 1932 National Air Races. Competition also enthralled Hunt, and in 1931 he set a world's record for the most consecutive outside loops, 124 in 124 minutes. In 1932 he entered and won the Cord Cup Trans-Continental Air Derby, one of the National Air Races, from Los Angeles to Cleveland. He spent several years in California as an aviator for Curtiss-Wright (which operated a large air field north of Oklahoma City), but he kept his fleet of airplanes in Norman. In 1933 he moved his seven ships to a new base at Oklahoma City Municipal Airport, and he assumed management of Oklahoma Aviation Service, a freight, passenger, and pilot training facility. In 1935 Oklahoma City oilman F. C. Hall, a flier and aviation promoter, sponsored Hunt as a competitor for the Bendix Trophy in the National Air Race, and he finished fourth.

After his victory Hunt achieved greater fame in air shows around the nation. In 1938 he helped organize the Oklahoma Air Patrol, a group of pilots who assisted the Highway Patrol during public emergencies. His last employment came as a pilot for Fain Drilling Company. Married twice, he wed the former Mrs. Bert Dodd, also a pilot, in January 1944. She had graduated in October 1943 from the U.S. Army ferry pilot school in Sweetwater, Texas. On February 4, 1944, while flying to Virginia for a funeral, Hunt's plane crashed in Elkins, West Virginia, killing himself and his new wife as well as Oklahoma City First National Bank President Wilbur E. Hightower, Hightower's daughter, and veteran pilot George Ruddy. With Hunt's untimely death, Oklahoma lost a commercial aviation pioneer and a local symbol of the new "air age."

Keith Tolman, "Business on the Wing: Corporate Sponsorship of Oklahoma Aviation," The Chronicles of Oklahoma 66 (Fall 1988).

The following (as per The Chicago Manual of Style, 17th edition) is the preferred citation for articles:
Dianna Everett, “Hunt, Roy Orlando,” The Encyclopedia of Oklahoma History and Culture, https://www.okhistory.org/publications/enc/entry.php?entry=HU005.