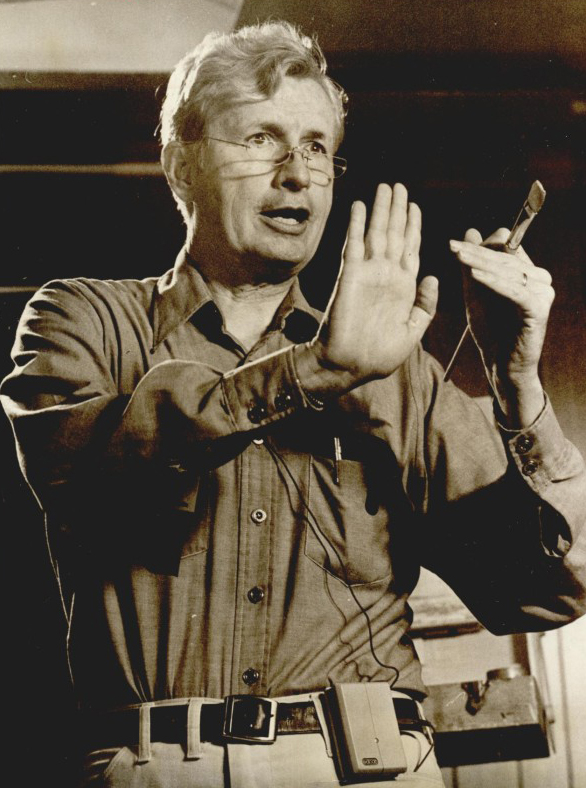 Western artist Wilson Hurley was born April 11, 1924, in Tulsa, Oklahoma, to Patrick J. and Ruth Wilson Hurley. In 1928 Patrick Hurley was appointed secretary of war in the Hoover administration, and the family moved to Leesburg, Virginia. The Hurleys remained there until 1935, but they again moved, this time to Santa Fe, New Mexico. There Wilson Hurley attended the Los Alamos Ranch School.

Hurley showed an early aptitude for art, and his mother encouraged his interest. She arranged for apprenticeships with New Mexico artists, including John Young-Hunter and Doel Reed. However, the elder Hurley, with a distinguished military, political, and legal career, insisted that his son follow in his footsteps. Consequently, upon finishing prep school in 1942, Wilson Hurley entered the United States Military Academy at West Point, New York, where he graduated in June 1945. He served on active duty as a pilot in the U.S. Army Air Corps and the U.S. Air Force until he resigned his commission in 1949. He then entered George Washington University Law School and graduated in 1951 with a J.D. degree. By 1952 he was back in Albuquerque, New Mexico, where he practiced law, served a stint as an engineer at Sandia Corporation, became involved in the banking business, and pursued his artwork in his spare time.

Frustrated by lack of success in his part-time art career, Hurley followed the advice of professional artist friends and gave up the law. He began painting full time in 1965 at the age of forty. Since then, with the exception of a 1968–69 active-duty tour in Vietnam with the air force, he continued his art career. Although he has done numerous portraits, still lifes, and other subject matters, he is best known for his landscapes. They are marked by the vast panorama of a western sky displaying all the subtleties of color present in magnificent sunsets and cloud formations. They reveal the ever-changing influence of weather, time of day, and season of the year, elements familiar to the eye but difficult to express on canvas.

By 1971, when he had his first one-man show, Hurley was well known in Western art circles. Since that time more than eight hundred of his works have gone into private and corporate collections across the nation, and at least ten museums hold collections of his paintings. Among his most spectacular works are the five Windows to the West triptychs, each eighteen feet in height by forty-five feet in width, on permanent exhibit in the National Cowboy and Western Heritage Museum in Oklahoma City, and the four seventy-two-inch-by-ninety-inch paintings that adorn the Rotunda of the Oklahoma Capitol. His work has won numerous gold and silver medals as well as the 1984 Prix de West Award presented by the National Cowboy and Western Heritage Museum. He is a Fellow of the American Society of Aviation Artists, was elected to the Oklahoma Hall of Fame in 1996 and the Tulsa Hall of Fame in 2001, and became the Albuquerque Museum Foundation's second Notable New Mexican in May 2002. At the beginning of the twenty-first century Hurley and his wife, Rosalyn, resided in Albuquerque, New Mexico. In November 2002 Wilson Hurley was declared an Oklahoma Cultural Treasure. He died on August 29, 2008, in Albuquerque.

The following (as per The Chicago Manual of Style, 17th edition) is the preferred citation for articles:
Bobby D. Weaver, “Hurley, Wilson,” The Encyclopedia of Oklahoma History and Culture, https://www.okhistory.org/publications/enc/entry.php?entry=HU009.