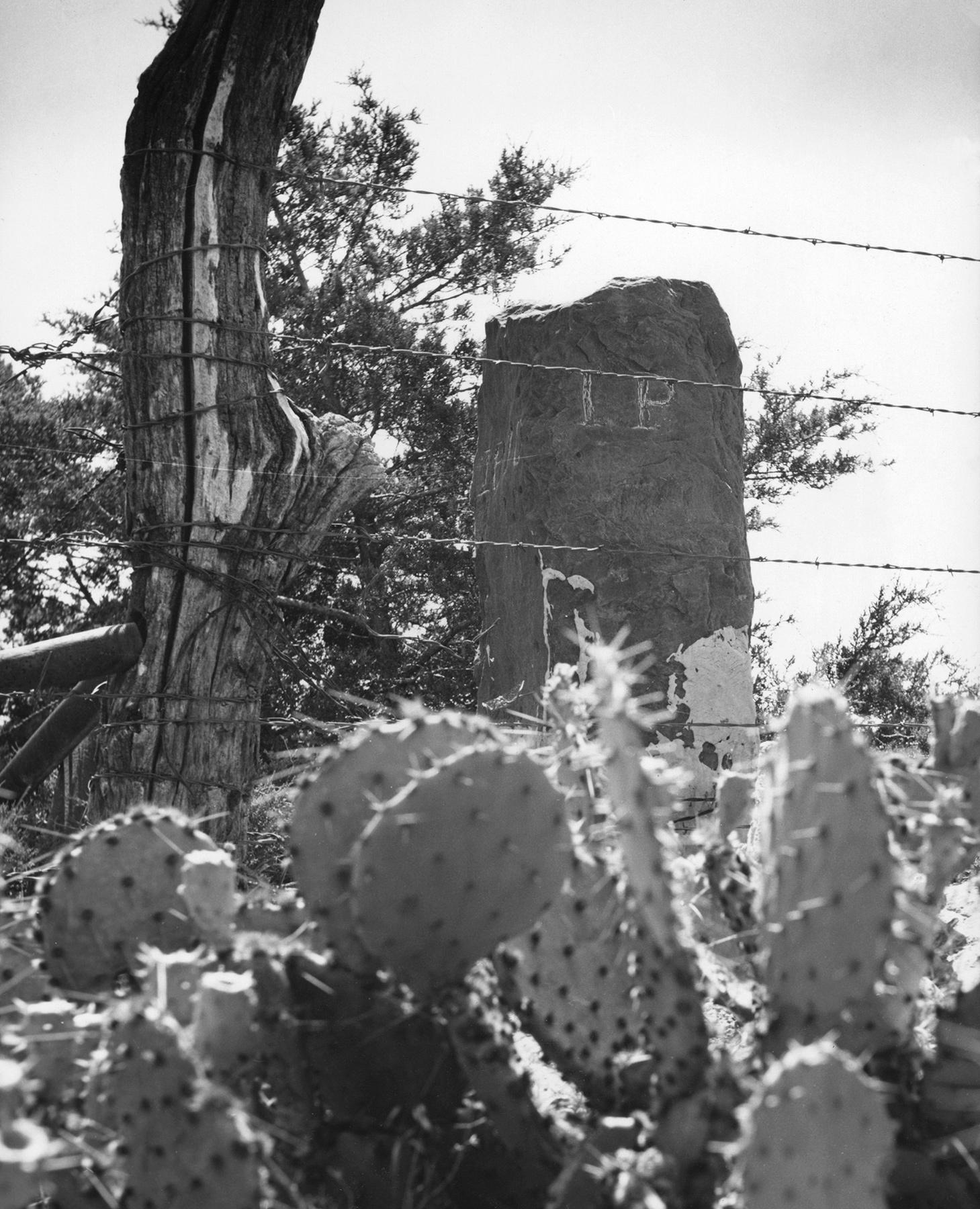 The term "Initial Point" has been given to several Points of Beginning for land survey and for boundary marking established in the Territorial Era. In 1864 the U.S. Congress passed legislation directing the surveying of the lands of the "Indian Territory" by a land measurement system dictated in the Land Ordinance of 1785. The ordinance set up a method that divided land into blocks called "townships," units that were six miles wide and six miles long (each township comprising thirty-six square miles of area). Each township would be further subdivided into 36 "sections," each of which was one mile square. All of this was required to be measured from a single, permanent, well-marked "Point of Beginning."

The most important Initial Point was established in 1870. In that year the U.S. General Land Office (GLO) sent surveyors E. N. Darling and T. H. Barrett to survey land for subdivision in the Chickasaw and Choctaw Nations. The surveyors erected a fifty-four-inch tall, eighteen-inch-square stone post as a permanent benchmark, or Point of Beginning, at 34° 30' 24" N latitude and 97° 14' 49" W longitude. The official survey notes indicate that into the stone on the west side they chiseled the letters "I.P." for Initial Point; they marked the east side "Ind. Mer." for Indian Meridian; and they marked the north side with the date "1870." Photographs made in 2002 by the Oklahoma Society of Land Surveyors indicate that the letters "I.B." for Indian Base (Line) are also cut into the monument. Initial Point was placed approximately one mile from old Fort Arbuckle.

Subsequently, from this Initial Point, all land in Indian Territory and Oklahoma Territory (as well as the State of Oklahoma except for the Panhandle) would be officially surveyed into 65 six-mile-square townships along 29 Township lines north and south of the Indian Base Line and 27 Range lines east and west of the Indian Meridian line. The Initial Point is also identified as the Southeast Corner of Section 36, Township 1 North, Range 1 West. In each of Oklahoma's seventy-seven counties the legally recorded property ownership documents are indexed in books that are organized on the township-range-section system.

Situated west of Davis, Oklahoma, the Initial Point monument is on privately owned, fenced land that is not open to the public. Initial Point was listed in the National Register of Historic Places in 1970 (NR70000533).

In the 1920s the United States Geological Survey began a nationwide geodetic and coastal re-triangulation of latitude and longitude. In 1954 an Indian Triangulation Station was established in Oklahoma, and a brass marker stamped "INDIAN 1954" was set into outcropping bedrock. The position of this marker is 34° 30' 24.1238" N and 97° 14' 49.2184" W. It is 11.73 feet southwest of the Initial Point stone marker that the GLO surveyors erected in 1870. The Indian Triangulation Station is used for non–property-ownership geographical survey purposes.

Two other "Initial Points" exist. All land in the Oklahoma Panhandle was surveyed from an Initial Point established by statute at the intersection of 103° W longitude (called the "Cimarron Meridian") and 36° 30' N latitude ("Cimarron Base Line"), which is the Panhandle's southwest corner. The term "Initial Point" is often also applied to an 1885 survey marker denoting a spot in the boundary between Oklahoma and Arkansas.

The following (as per The Chicago Manual of Style, 17th edition) is the preferred citation for articles:
Dianna Everett, “Initial Point,” The Encyclopedia of Oklahoma History and Culture, https://www.okhistory.org/publications/enc/entry?entry=IN037.