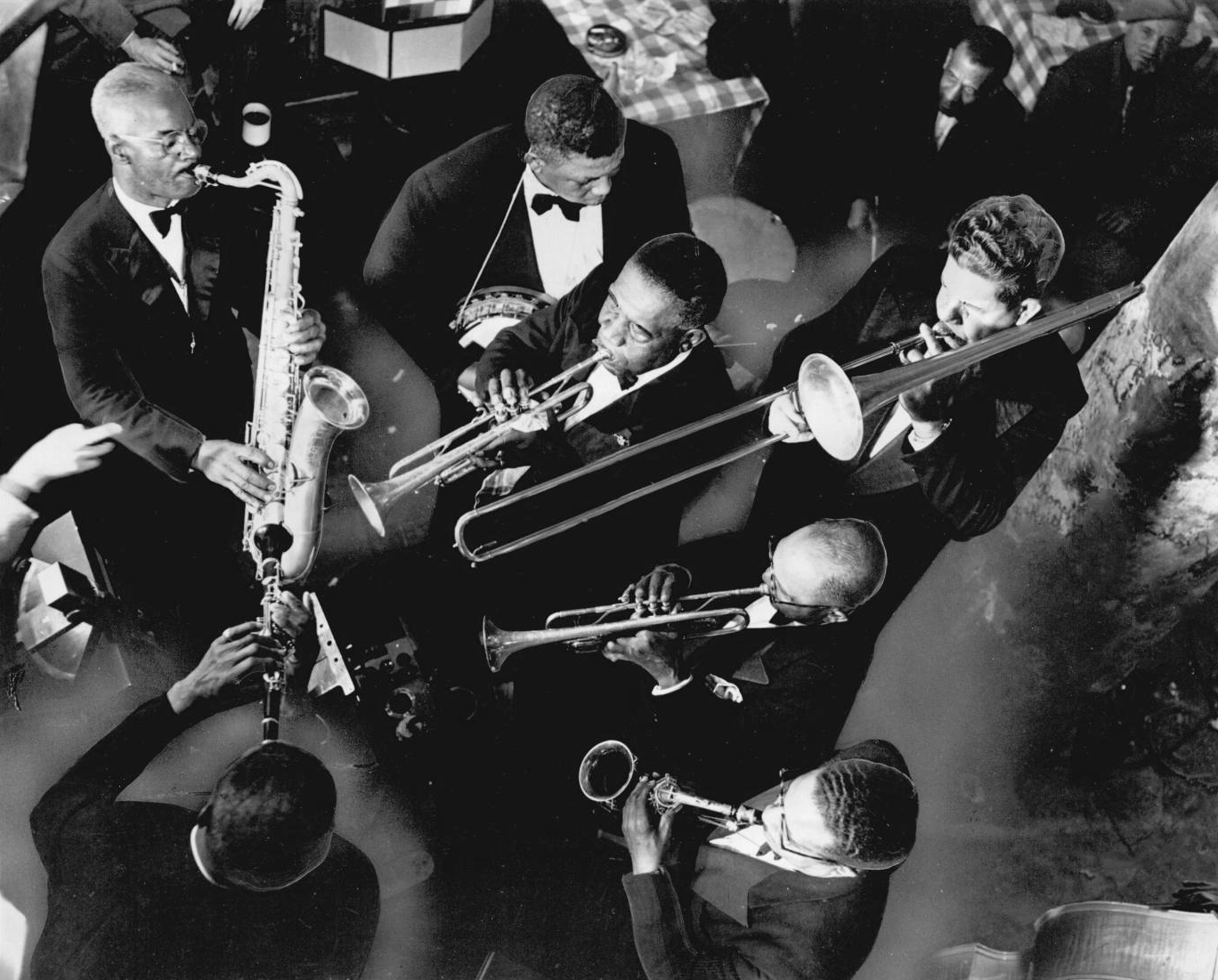 To understand the history of jazz in Oklahoma, one must first consider the settlement patterns of the state, because they reflect its cultural diversity. Charles N. Gould, an early-twentieth-century author, noted that Oklahoma is a meeting place of many different peoples from every state in the nation and every country on the globe. A myriad of culture groups brought music to the state, resulting in the development of a set of vibrant musical subcultures.

This array of people and their music includes the songs and dance music of the American Indian from the southeastern United States and western plains, Anglo-Celtic ballads from the upland South, country blues from the Mississippi Delta, black and white spirituals from the lowland South, European immigrant music from Italy, Germany, and Czechoslovakia, polka music from the upper Midwest, and Mexican mariachi from the Rio Grande Valley. As noted in the WPA Guide to 1930s Oklahoma, "each successive immigrant to the state brought the dust of another locale on his feet and the lilt of another people's song on his lips."

This cultural confluence of different genres of American music allowed Oklahomans to experiment, innovate, and improvise, all necessary traits in the formulation of jazz. Within this cultural mosaic, music knew no color. In multiethnic, multiracial Oklahoma cross-cultural experiences and free exchange of repertoires and musical styles favored the development of jazz.

Oklahoma's major cities, such as Oklahoma City, Tulsa, and Muskogee, served as training grounds for Oklahoma jazz artists. "Deep Deuce," or Northeast Second Street, was the core for Oklahoma City jazz. Institutions such as the Aldridge Theater, Ruby's Grill, Richardson's Shoe Shine Parlor, and Rushing's Café catered to jazz musicians and enthusiasts. Uptown ballrooms, such as the Ritz, were also important outlets. In addition, in the 1920s and 1930s numerous bands, including the Jolly Harmony Boys, Pails of Rhythm, and Ideal Jazz Orchestra, worked out of Oklahoma City. The city produced many notable jazz artists, including Jimmy Rushing, Henry Bridges, Charlie Christian, and Don Cherry. Tulsa's Greenwood District also offered a number of jazz outlets, such as The Rhythm Club, Casa Dell, Rialto Theater, and The Hole and developed bands led by Ernie Fields, Al Dennie, and Clarence Love. Tulsa also produced numerous jazz luminaries, including Howard McGhee, Earl Bostic, and Cecil McBee. Second Street in Muskogee likewise was an active center for jazz with outlets such as Stem Beach and the Yale Theater. Musical productivity per capita was highest among cities in Oklahoma, rather than rural areas, and generated such jazz legends as Jay McShann, Claude Williams, Barney Kessel, Don Byas, and Aaron Bell.

Oklahoma and surrounding states were blessed with a number of "territorial bands," or those that traveled a circuit, such as the Oklahoma City Blue Devils. Several of these blossomed into major forces in the development of jazz in the Southwest and Midwest. The Blue Devils at various times included native Oklahomans Jimmy Rushing, Abe Bolar, Don Byas, and Lemuel C. Johnson. Additional territorial bands to employ Oklahomans were Andy Kirk and his Clouds of Joy (Don Byas, Howard McGhee, and Claude Williams), Bennie Moten Orchestra (Jimmy Rushing, Ed Lewis, and Earl Bostic), Terrence Holder Orchestra (Bostic and Williams), and George E. Lee Orchestra (Ted Donnelly and Elmer Crumbley). A vast majority of Oklahoman musicians migrated from the state and were tapped to perform in the big bands and bebop combos in major American cities. For example, Jay McShann, Ed Lewis, and Claude Williams succeeded in Kansas City. Los Angeles provided opportunity for Wardell Gray, Barney Kessel, and Chet Baker. Oscar Pettiford, Don Cherry, and Don Byas went to New York City. In those venues jazz was more readily accepted than in the South, and more professional facilities existed for recording as well as radio work.

Because of its rural orientation, sparse population, and lack of a metropolitan center Oklahoma failed to retain most of its noteworthy professional jazz musicians. The allure of major recording studios, more and better quality performance arenas, and larger markets for jazz affected the Oklahomans' decisions to leave the state in order to seek and achieve fame and fortune. Unfortunately, few came home to exercise their talents on a permanent basis before home-state audiences. Fortunately, jazz music scholars now recognize that Oklahoma's contributions to American jazz were underemphasized in the genre's history.

William W. Savage, Jr., Singing Cowboys and All That Jazz: A Short History of Popular Music in Oklahoma (Norman: University of Oklahoma, 1983).

The following (as per The Chicago Manual of Style, 17th edition) is the preferred citation for articles:
George O. Carney, “Jazz,” The Encyclopedia of Oklahoma History and Culture, https://www.okhistory.org/publications/enc/entry.php?entry=JA017.