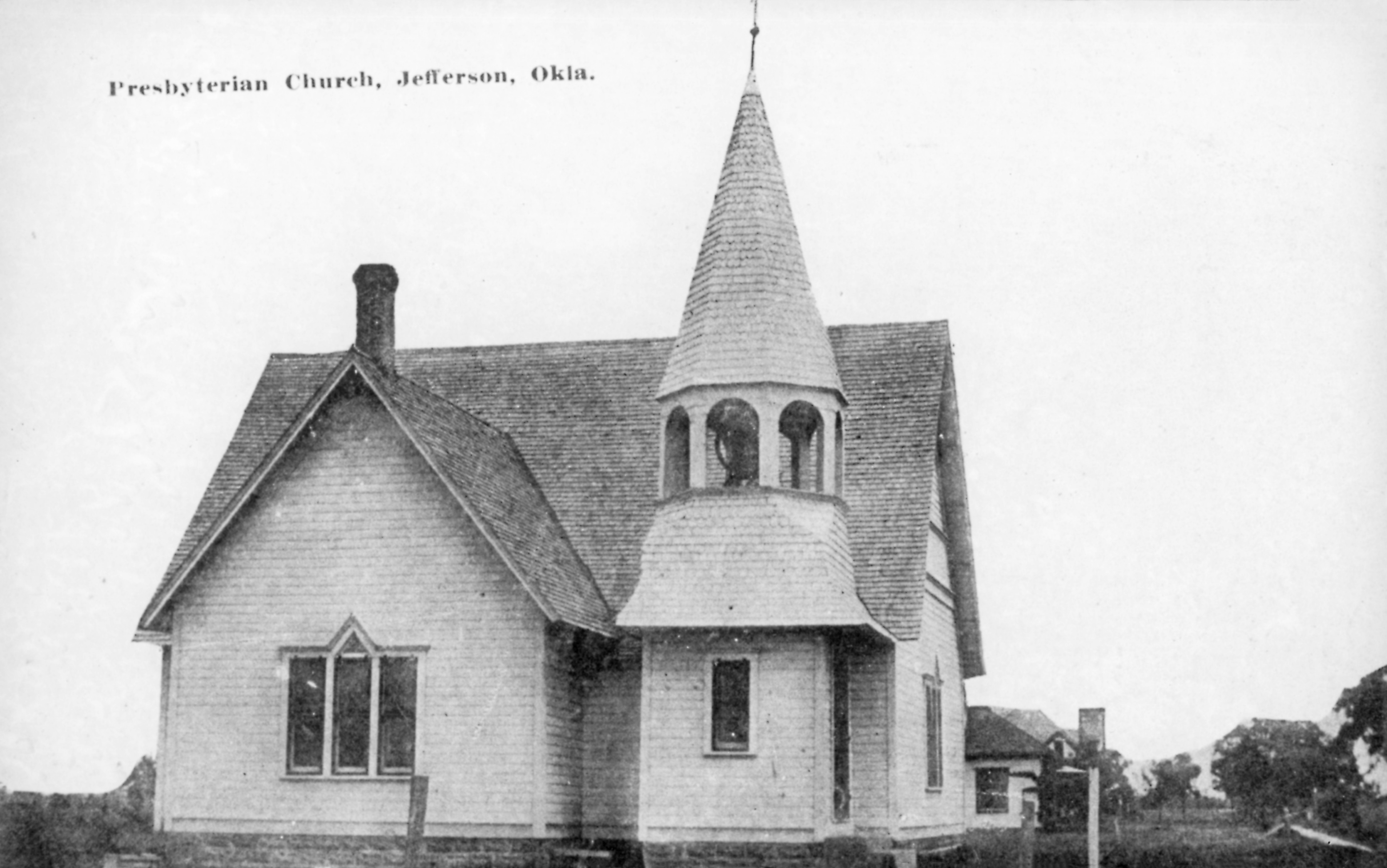 Located in south-central Grant County and situated at the convergence of Osage and Pond creeks, Jefferson lies seven miles southwest of the county seat of Medford on U.S. Highway 81 (Chisholm Trail Highway). By the 1870s, an individual named Sewell had constructed a stockade for protection from marauding American Indians. Later, a man named Hopkins operated the nearby Pond Creek Ranch. The Chicago, Kansas and Nebraska Railway (later the Chicago, Rock Island and Pacific Railway) selected the site for a station with water supply. Jefferson (T26N, R6W) was originally known as Pond Creek when the line was constructed from southern Kansas in 1889–90. On September 16, 1893, the area was opened to non-Indian settlers during the Cherokee Outlet land opening. On January 12, 1894, the post office became known as Jefferson after a government townsite known as Pond Creek (T25N, R6W, formerly Round Pond), located three miles south, was selected as the county seat of L County (later Grant County).

Jefferson developed as an agricultural trade center along the railroad. Farmers patronized the blacksmiths, the hardware and harness shops, the grain elevators, and the feed mill. O. F. Brown dealt in horses and mules, and J. H. Brunker was a poultry breeder. A. B. Kohl provided the services of a wheelwright, and the Jefferson Stone Company made concrete blocks. By 1909 the Methodist and Presbyterian churches and two banks had been organized. Settlers soon voted a bond issue to build a wood-frame school. In 1918 citizens again approved bonds to construct a brick school building. By that year the town boasted the Taylor Hotel. Early newspapers included the Jefferson Rustler, the Jefferson Review, and the Ringling News. In the 1930s the Jefferson Milling Company and the Medford Jefferson Water Works served the community. Flour was the principal export, and inbound freight included coal and petroleum. Town amenities included an airpark, a school library, and Jefferson Park. In the mid-1940s the Hacker Flour Mills and the Jefferson Rural Telephone Company provided services. By the mid-1950s several grocery/meat markets and a gasoline station continued to operate.

The following (as per The Chicago Manual of Style, 17th edition) is the preferred citation for articles:
Linda D. Wilson, “Jefferson,” The Encyclopedia of Oklahoma History and Culture, https://www.okhistory.org/publications/enc/entry.php?entry=JE002.