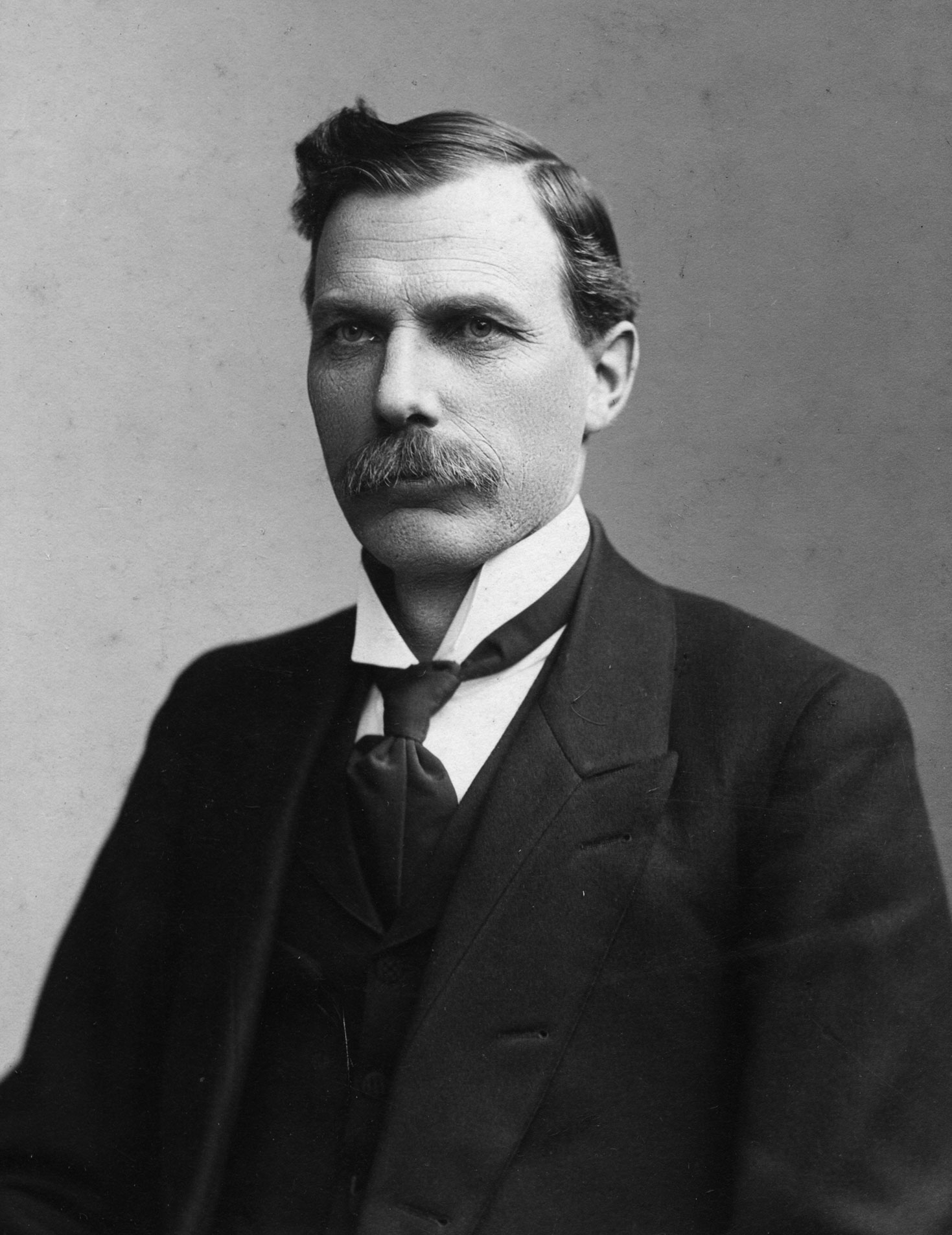 A native of Alliance, Ohio, born in 1856, future Oklahoma territorial governor William M. Jenkins attended school in his hometown and then attended Mount Union College before embarking on a career in education and law. He married Delphina White, of Indiana, and the union produced six children. In the 1880s Jenkins practiced law in Harlan, Iowa, and in Arkansas City, Kansas. A Republican, he participated in the 1888 Republican national convention and cast the first vote ever received by William McKinley in a contest for a presidential nomination. For his party loyalty Jenkins received a job as agent for the allotment of Pawnee lands in Oklahoma. Arriving in 1891, he remained to claim land in the opening of the Cherokee Outlet in 1893. In mid-1897 President McKinley appointed him territorial secretary under Gov. Cassius M. Barnes.

Because Jenkins held himself aloof from territorial Republican politics and avoided partisanship, in 1901 he was named governor to succeed Barnes. Inaugurated on May 13, Jenkins served until November 30 of that year. His administration coincided with the opening of the Kiowa-Comanche-Apache and Wichita-Caddo lands by lottery in August 1901. The governor collaborated with the Interior Department and named officials for the new counties created from the former Indian reservation. With McKinley's assassination in late 1901 Jenkins lost his protector. His opponents investigated the governor's role in a corporate stock exchange involving the Oklahoma Sanitarium Company, which contracted with the territory to provide mental health services. The Interior Department also examined the situation, and although the agency found no irregularities, Pres. Theodore Roosevelt decided to remove Jenkins from office because of his "indiscreet" and inappropriate role in the handling of the stock. In 1903–05 the Oklahoma territorial legislature investigated the situation and completely exonerated Jenkins.

William M. Jenkins remained in Guthrie for several years and farmed in Kay County. Later he moved to Utah and then returned to spend the rest of his life in Sapulpa, holding various public offices. He died on October 19, 1941.

The following (as per The Chicago Manual of Style, 17th edition) is the preferred citation for articles:
Dianna Everett, “Jenkins, William Miller,” The Encyclopedia of Oklahoma History and Culture, https://www.okhistory.org/publications/enc/entry?entry=JE003.