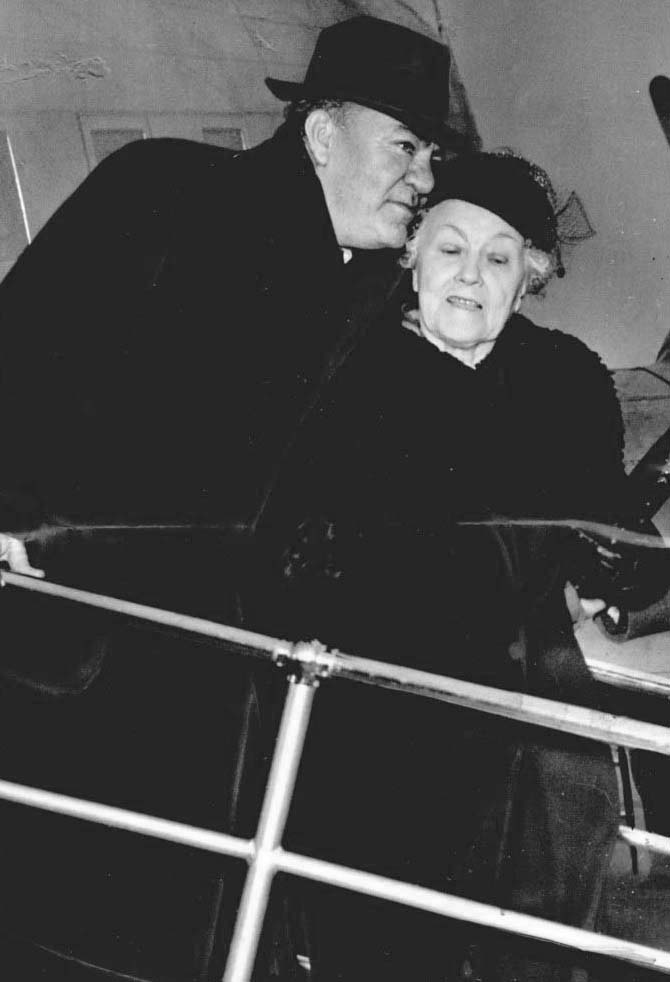 A career military officer, Hugh Samuel Johnson was a member of Franklin Roosevelt's New Deal administration. His father, Samuel Johnston, moving westward from Astoria, New York, in the mid-nineteenth century, married Elizabeth Mead of Chillicothe, Ohio. While living in Pontiac, Illinois, Johnston, a lawyer, dropped the "t" from his last name in order to distinguish himself from another Johnston practicing law. The Johnsons moved to Fort Scott, Kansas, in 1881, and their first son, Hugh Samuel Johnson, was born a year later on August 5. The family eventually settled in Wichita, Kansas, where Hugh received his elementary education.

Samuel Johnson received an appointment as the postmaster for the future town of Alva, about a hundred miles southwest of Wichita. A week before the Cherokee Outlet land opening on September 16, 1893, he loaded lumber and supplies for the town's post office and the family's household goods on a boxcar that was dropped on a railroad siding at the future town site. Eleven-year-old Hugh Johnson was left behind in Wichita to bring the family's mule team, wagon, horse, and surrey overland to Alva. He reached Kiowa, Kansas, eighteen miles northeast of Alva, on the afternoon of September 15. He spent the night sleeping on the railroad station platform among hundreds of homeseekers waiting at Kiowa to make the land run. By noon on September 16 the boy had found a spot on a railroad flat car from which he observed the "great horse race" as the train slowly made its way to Alva.

The elder Johnson took the lead in organizing the Alva public school system, and in 1898 the first high school graduating class of two students included sixteen-year-old Hugh Johnson. From 1898 to 1899 he attended the recently opened Northwestern Normal School in Alva. The university president, James Ament, tutored him to prepare for the United States Military Academy at West Point, New York. In 1903 Hugh Johnson graduated from West Point as the first cadet from Oklahoma. Hugh Johnson's contact with Oklahoma was limited to short visits after he left for West Point in 1899. In 1916 he served as judge advocate for Gen. John J. Pershing's punitive expedition against Pancho Villa. Before resigning from the army in 1919, he received the Distinguished Service Medal for the successful implementation of the Selective Service Act during World War I.

After his military career Johnson joined George Peek in reorganizing the nearly bankrupt Moline Plow Company. In 1932 he worked with Franklin Roosevelt's campaign team. Because of his demonstrated ability and work in drafting the National Industrial Recovery Act, Roosevelt decided to appoint Johnson as the administrator of NRA, before Congress passed the legislation. He was a very controversial figure as NRA administrator, and Roosevelt accepted his resignation on September 25, 1934. Until his death on April 15, 1942, in Washington, D.C., Johnson remained in the public eye as a public speaker, author, and syndicated newspaper columnist. He was buried in Arlington National Cemetery with full military honors.

The following (as per The Chicago Manual of Style, 17th edition) is the preferred citation for articles:
Donovan Reichenberger, “Johnson, Hugh Samuel,” The Encyclopedia of Oklahoma History and Culture, https://www.okhistory.org/publications/enc/entry.php?entry=JO008.