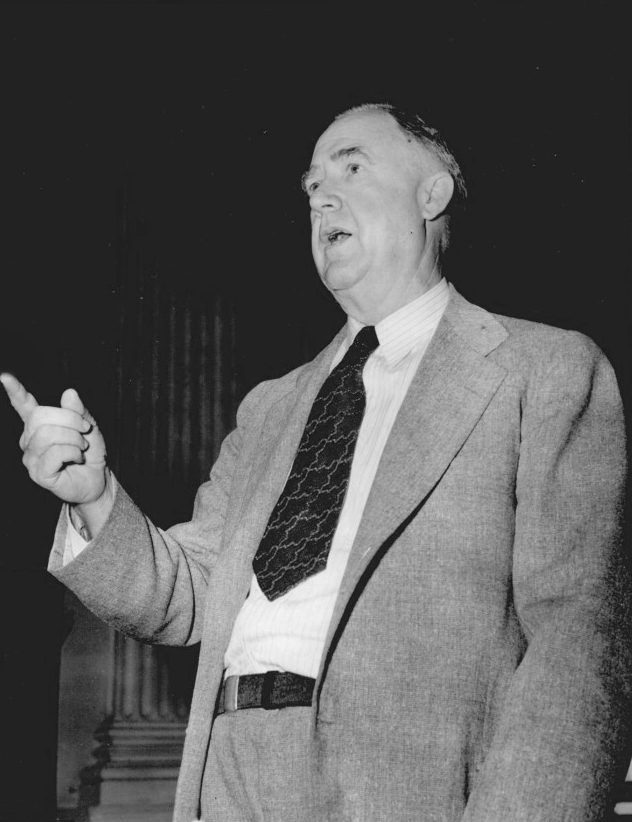 Born on a farm near Waxahachie, Texas, on July 31, 1888, U.S. Rep. Jed Joseph Johnson was the son of Lafayette D. and Evalyn Carlin Johnson. That same year the family moved to a farm in Cotton County, Oklahoma. The future congressman was educated in the public schools of Oklahoma and graduated from the law department of the University of Oklahoma in 1915. He also did postgraduate work at l'Université de Clermont at Clermont-Ferrand, France. Admitted to the bar in 1918, Johnson opened a law office in Walters. Shortly thereafter he entered the army and saw action in France during World War I. Upon his return to the United States, he edited a newspaper in Cotton County.

In 1920 Johnson began his career in public service when he was elected as a Democrat to the Oklahoma Senate. As a member of the state legislature until 1927, he advocated many programs for veterans. While a state senator, he married Beatrice Luginbyhl in 1925. The Johnsons had four children, including a future Sixth District congressman, Jed Joseph Johnson, Jr. In 1926 Johnson successfully campaigned for Oklahoma's Sixth District seat in the U.S. House of Representatives. He held this seat for twenty years. While in Congress, the solon served on various committees, including Public Lands, Territories, Flood Control, Military Affairs, and Appropriations. He also chaired the House Democratic Steering Committee as well as the speakers' bureau of the Democratic National Congressional Committee.

A strong supporter of Franklin D. Roosevelt and the New Deal, Johnson promoted legislation for veterans, including sponsoring a bill, which established Civilian Conservation Corps camps for veterans. He also called for liberal old-age pensions, endorsed improvements in the farm tenancy program, fought successfully to retain Fort Sill in Oklahoma, labored to acquire the federal reformatory at El Reno, and favored vocational education programs in the public schools. The Oklahoma congressman also represented the United States at the annual peace conference of the Interparliamentary Union in 1927, 1929, and 1937.

In 1946 Johnson was unsuccessful in his quest for renomination. The next year Pres. Harry S. Truman appointed him as a judge to the U.S. Customs Court. Interestingly, Roosevelt had named the Oklahoman to this position in 1945, but he had declined. Johnson served as a judge until his death in New York City on May 8, 1963. He was interred at Rose Hill Cemetery in Chickasha.

The following (as per The Chicago Manual of Style, 17th edition) is the preferred citation for articles:
Carolyn G. Hanneman, “Johnson, Jed Joseph,” The Encyclopedia of Oklahoma History and Culture, https://www.okhistory.org/publications/enc/entry.php?entry=JO010.