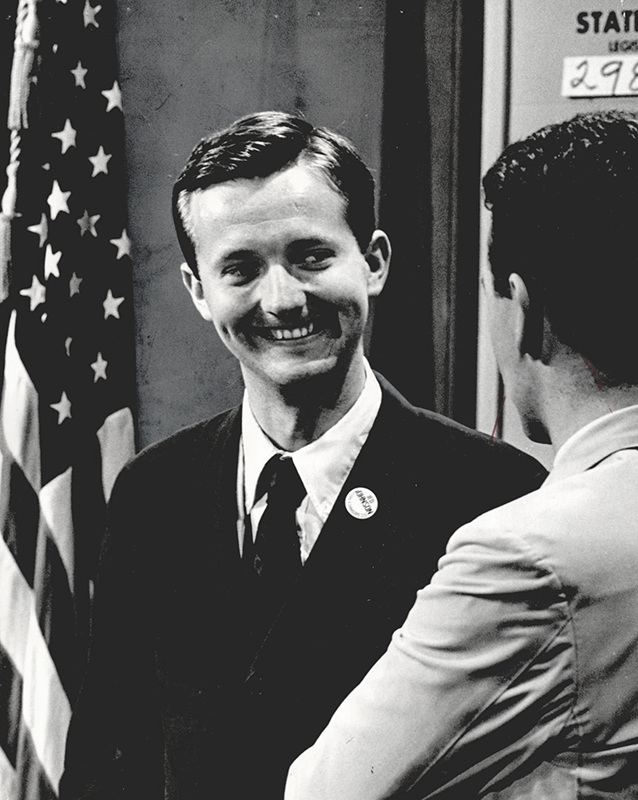 At age twenty-four Jed Johnson, Jr., was the youngest person ever elected to the U.S. Congress. He was born in Washington, D.C., on December 27, 1939. His father was Jed Joseph Johnson, Sr., a former Oklahoma state legislator, newspaper editor, and Democratic member of the U.S. House of Representatives from 1927 to 1947. The younger Johnson attended public schools in Chickasha and Friends Seminary in New York City. He graduated from the University of Oklahoma in 1961 and was a delegate the same year to the International Student Movement for the United Nations Conference at Lund, Sweden. President of the U.S. Youth Council from 1962 to 1964, he led a Youth Council delegation to West Africa in 1963. He was a member of the U.S. National Commission for UNESCO.

Jed Johnson, Jr., compiled an impressive career of public service in a variety of positions. For three years he served as a nongovernmental observer at the UN. In 1964 he was elected to the Eighty-ninth Congress to represent Oklahoma's Sixth District. He was defeated in his bid for reelection two years later. From 1967 to 1968 he was assistant to the director of the U.S. Office of Economic Opportunity. From 1968 to 1972 Johnson was a member of the Equal Employment Opportunity Commission. In 1973 he was a consultant to the U.S. Senate Select Committee on Presidential Campaign Activities. In 1974 he became executive director of the U.S. Association of Former Members of Congress, a position he held until his death on December 16, 1993, in Falls Church, Virginia.

The following (as per The Chicago Manual of Style, 17th edition) is the preferred citation for articles:
Bob Burke, “Johnson, Jed Joseph, Jr.,” The Encyclopedia of Oklahoma History and Culture, https://www.okhistory.org/publications/enc/entry.php?entry=JO011.