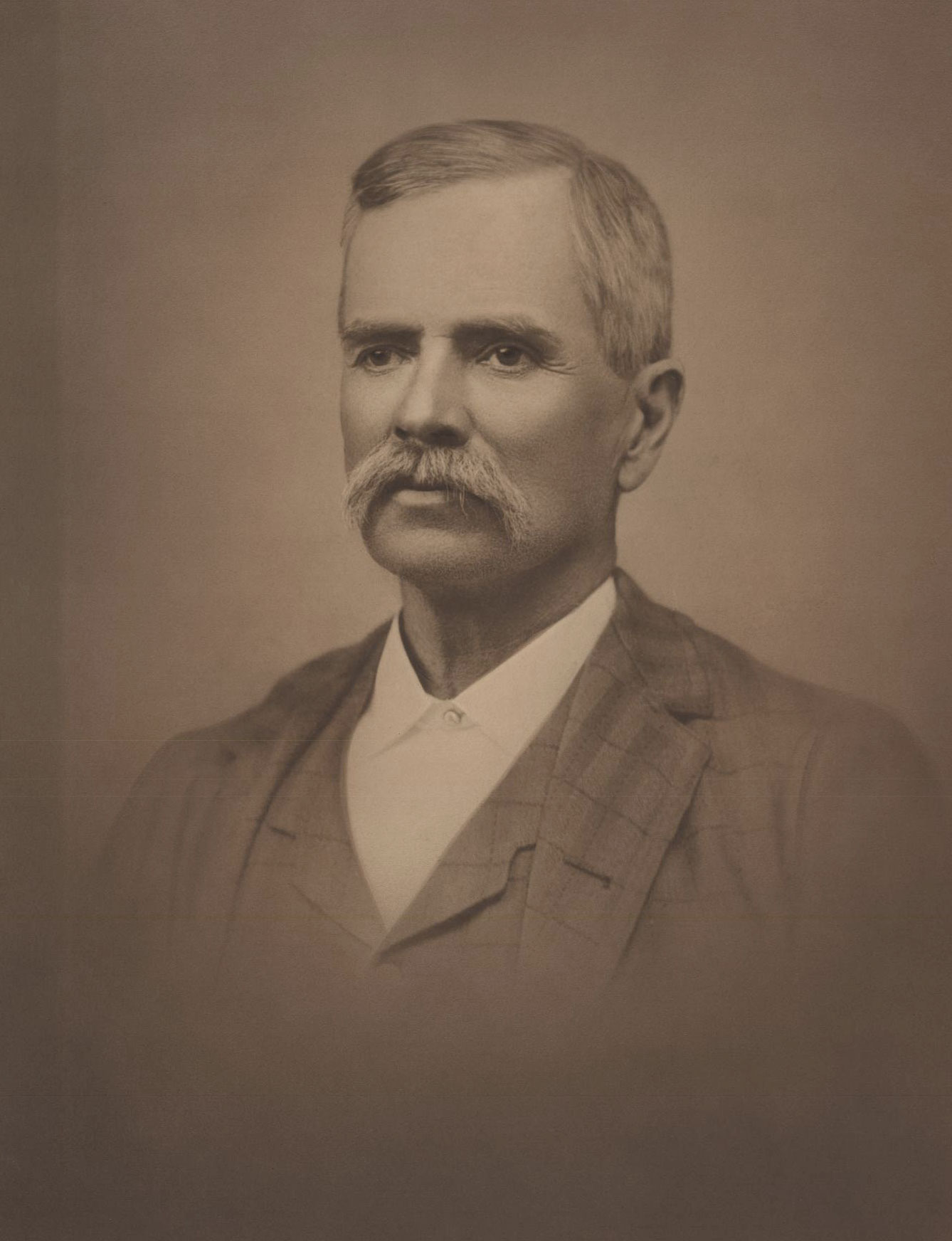 A prominent rancher and principal chief of the Choctaw Nation, Wilson Nathaniel Jones was born circa 1827 in Mississippi. He was the son of Nathaniel Jones, a mixed-blood Choctaw, and a French-Choctaw woman. Jones moved with his family to the Little River in the Choctaw Nation, Indian Territory (present McCurtain County, Oklahoma), in 1833, and he was reared without an education.

After the Civil War, a conflict in which he remained neutral, Jones settled on Shawnee Creek near present Cade in Bryan County, Oklahoma, and farmed and established a general store. In 1867 he formed a ranching partnership with a man named James Myers and within a few years owned some one thousand head of cattle. Unfortunately, around 1871, Myers marketed the herd and absconded with the proceeds. Jones recovered his debt, however, and reportedly became the wealthiest man in the Choctaw Nation. By 1890 he held seventeen thousand acres of land, of which 550 acres were used for farming. The remaining acreage was pastureland upon which Jones grazed about five thousand head of cattle carrying his W. J. brand. In addition to his mercantile, agricultural, and ranching interests, Jones invested in a cotton gin and the burgeoning Choctaw Nation coal industry, and he co-owned a general store at Caddo.

Jones was elected Choctaw Nation treasurer in 1887 and was the Progressive Party candidate for principal chief in 1888. Defeated, he ran again in 1890 and was victorious over the incumbent Benjamin F. Smallwood. Reelected in 1892, Jones bested Jacob B. Jackson of the National Party in a violent and controversial campaign. As a self-taught man, Chief Jones understood the value of an education, and the Jones Academy, a boys' boarding school established near Hartshorne in 1892, was named in his honor.

After completing his second term as principal chief in 1894, Jones moved to Sherman, Texas. He returned to Choctaw politics, however, and was the Union Party nominee for principal chief in 1898, when the Atoka Agreement was the key campaign issue. As a rancher Jones opposed the allotment of tribal lands. Nevertheless, he failed to unseat incumbent Principal Chief Green McCurtain of the pro-allotment Tuskahoma Party.

Wilson N. Jones died on June 11, 1901, at his ranch home three miles west of Cade, Oklahoma, and was buried there in the family cemetery. Predeceased by his eight children, Jones left an estate worth an estimated $250,000.

The following (as per The Chicago Manual of Style, 17th edition) is the preferred citation for articles:
Jon D. May, “Jones, Wilson Nathaniel,” The Encyclopedia of Oklahoma History and Culture, https://www.okhistory.org/publications/enc/entry.php?entry=JO023.