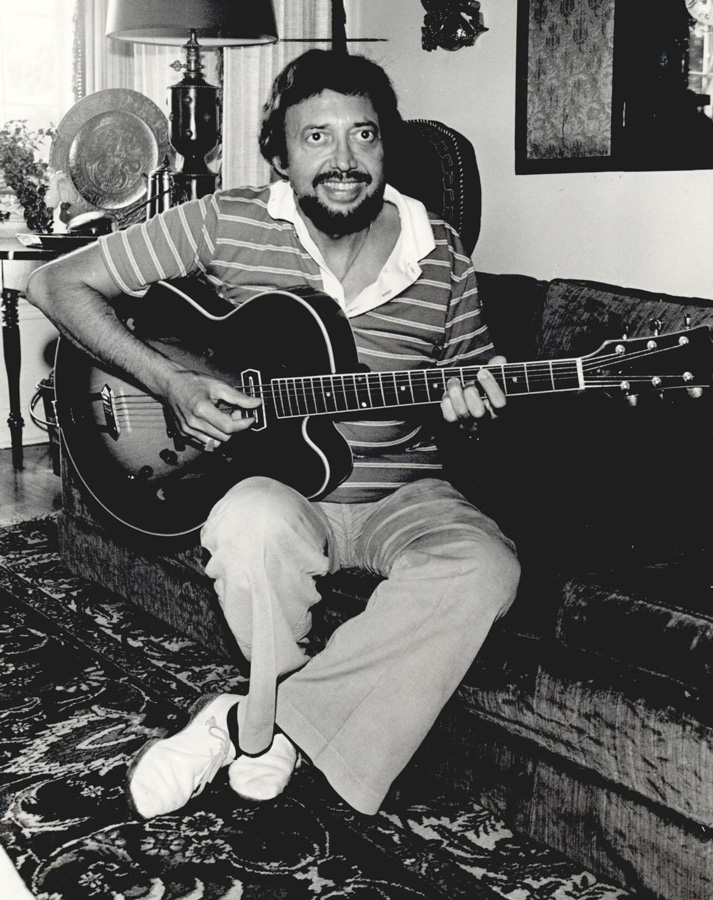 When jazz historians look back at the twentieth century and the musicians who pioneered jazz as an art form, Barney Kessel will be considered third in the holy trinity of jazz guitarists, behind only Django Rheinhardt and Charlie Christian, Kessel's primary influence. Kessel is widely recognized as one of the best improvisational guitarists in the world. Born on October 17, 1923, in Muskogee, Oklahoma, he grew up in the African American business and entertainment district. By working as a ticket taker, he was exposed to the raging sounds of jazz as well as the popular songs of the day in movie theaters. After playing with groups in Muskogee, Stillwater, and Norman, he relocated to southern California, and he based his entire career there. Kessel's list of collaborators reads like a jazz who's who: Lionel Hampton, Lester Young, Billie Holliday, Charlie Parker, Woody Herman, Oscar Peterson, Artie Shaw, and Ben Webster. Kessel was voted Best Guitarist in Down Beat's Readers Poll (1956–59), among many other awards of recognition.

He was not limited to jazz, however, and played on sessions with Elvis Presley, the Beach Boys, Judy Garland, Barbara Streisand, Marlene Dietrich, and Gene Autry. He recorded music for hundreds of films and music for many television commercials. He suffered a massive stroke in 1992, which ended his public performances. Throughout the 1990s and into the twenty-first century Kessel was feted around the world with honorary concerts and awards. Barney Kessel died on May 6, 2004, in San Diego, California.

The following (as per The Chicago Manual of Style, 17th edition) is the preferred citation for articles:
Hugh W. Foley, Jr., “Kessel, Barney,” The Encyclopedia of Oklahoma History and Culture, https://www.okhistory.org/publications/enc/entry.php?entry=KE012.