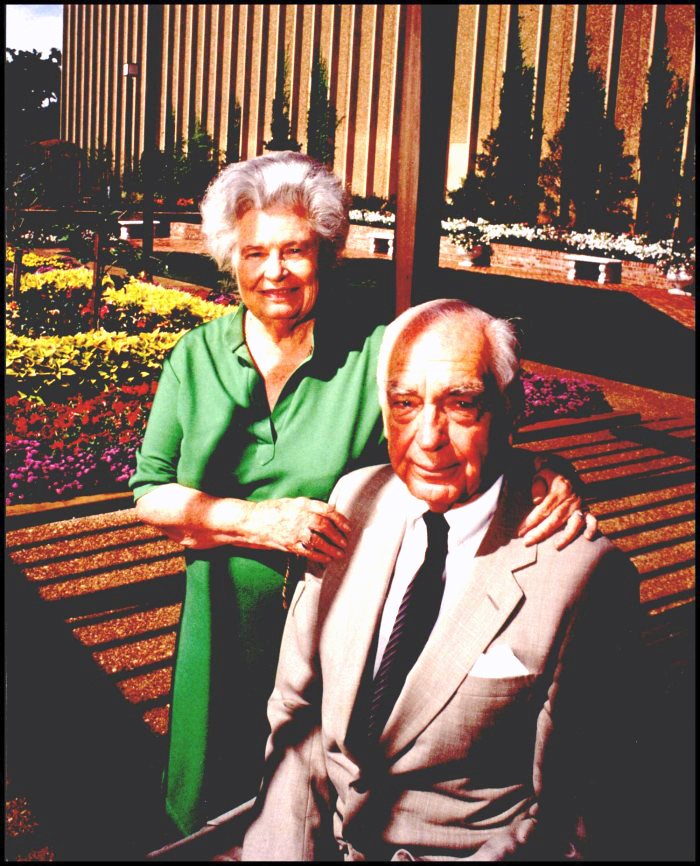 Kirkpatrick graduated from the U.S. Naval Academy in 1931 and married Mary Eleanor Blake on June 20, 1932. They lived frugally while awaiting the birth of their daughter, Joan, on August 7, 1933. The young family lived abroad until Kirkpatrick resigned his commission in 1935. After a year at Harvard, he returned to Oklahoma City in 1936 and became a partner in Allied Steel Products Corporation of Tulsa. Drafted in 1941, he earned two decorations during World War II and obtained the rank of rear admiral in the U.S. Naval Reserve.

In 1943 Allied Steel was sold, creating the partnership of Kirkpatrick and Bale, Incorporated. The latter was liquidated, and Kirkpatrick Oil Company was born in 1950. With his oil company's earnings Kirkpatrick generated additional businesses and earned increasing wealth, which he gave generously to the people of Oklahoma through the arts and humanities and medical research.

John and Eleanor Kirkpatrick started the Kirkpatrick Foundation in May 1955, giving millions of dollars to charities in Oklahoma. Serving on various boards of directors, Kirkpatrick made subtle suggestions and looked after their respective donations. He established the Oklahoma City Community Foundation in 1969. In 1972 he quietly assisted in bringing the USS Batfish to Muskogee, Oklahoma, making it one of four World War II submarine memorials in the nation. In 1978 he opened the Kirkpatrick Center museum complex (Omniplex Science Center, in 2007 renamed Science Museum Oklahoma) in Oklahoma City, and he saved Liberty National Bank with a $20 million donation during the decline of the oil and gas industry in 1988. John E. Kirkpatrick died in Oklahoma City on October 4, 2006.

The following (as per The Chicago Manual of Style, 17th edition) is the preferred citation for articles:
Adriana G. Schroeder, “Kirkpatrick, John Elson,” The Encyclopedia of Oklahoma History and Culture, https://www.okhistory.org/publications/enc/entry.php?entry=KI022.