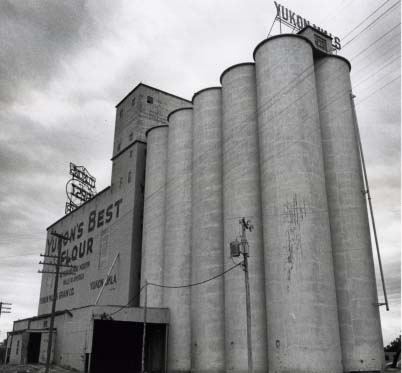 Entrepreneur John Francis Kroutil, born on May 24, 1875, emigrated from Czechoslovakia with his parents, Frantisek and Katerina Kroutil, in 1881. The family first settled in Nebraska before coming to Oklahoma Territory in 1890. After a brief business venture in Ponca City, John Kroutil and his brother Frank purchased the Yukon Mill and Grain Company in 1902. John served as president of the mill until his death in 1954. On July 12, 1912, John and Frank Kroutil opened the Yukon National Bank and served as president and vice president, respectively. John Kroutil also served as president of the Yukon Electric Company, which was formed in 1907 after a steam-powered electric generating plant was built near the mill. In 1933 he and Gustave F. Streich started the Progress Brewing Company in Oklahoma City. Progress was one of only three post-prohibition brewing licenses issued in Oklahoma, and the longest lived. The brewery was sold to Lone Star Beer in 1959.

A Democrat in politics, John Kroutil supported Franklin Delano Roosevelt in the 1932 election. Kroutil organized the Oklahoma Roosevelt-Garner Business and Professional Men's League and served as vice president of the National Association of Roosevelt Czechoslovakian Clubs of America. He was a member of the St. John Nepomuk Roman Catholic Parish of Yukon and the Knights of Columbus. For his philanthropy and business leadership Kroutil was inducted into the Oklahoma Hall of Fame in 1933. On June 12, 1954, he died of a heart attack on his farm near Piedmont, Oklahoma. He was survived by his wife, Mary, and three daughters. His life exemplifies one of Oklahoma's ethnic groups that made an impact on the state's progress.

The following (as per The Chicago Manual of Style, 17th edition) is the preferred citation for articles:
Linda D. Wilson, “Kroutil, John Francis,” The Encyclopedia of Oklahoma History and Culture, https://www.okhistory.org/publications/enc/entry.php?entry=KR003.