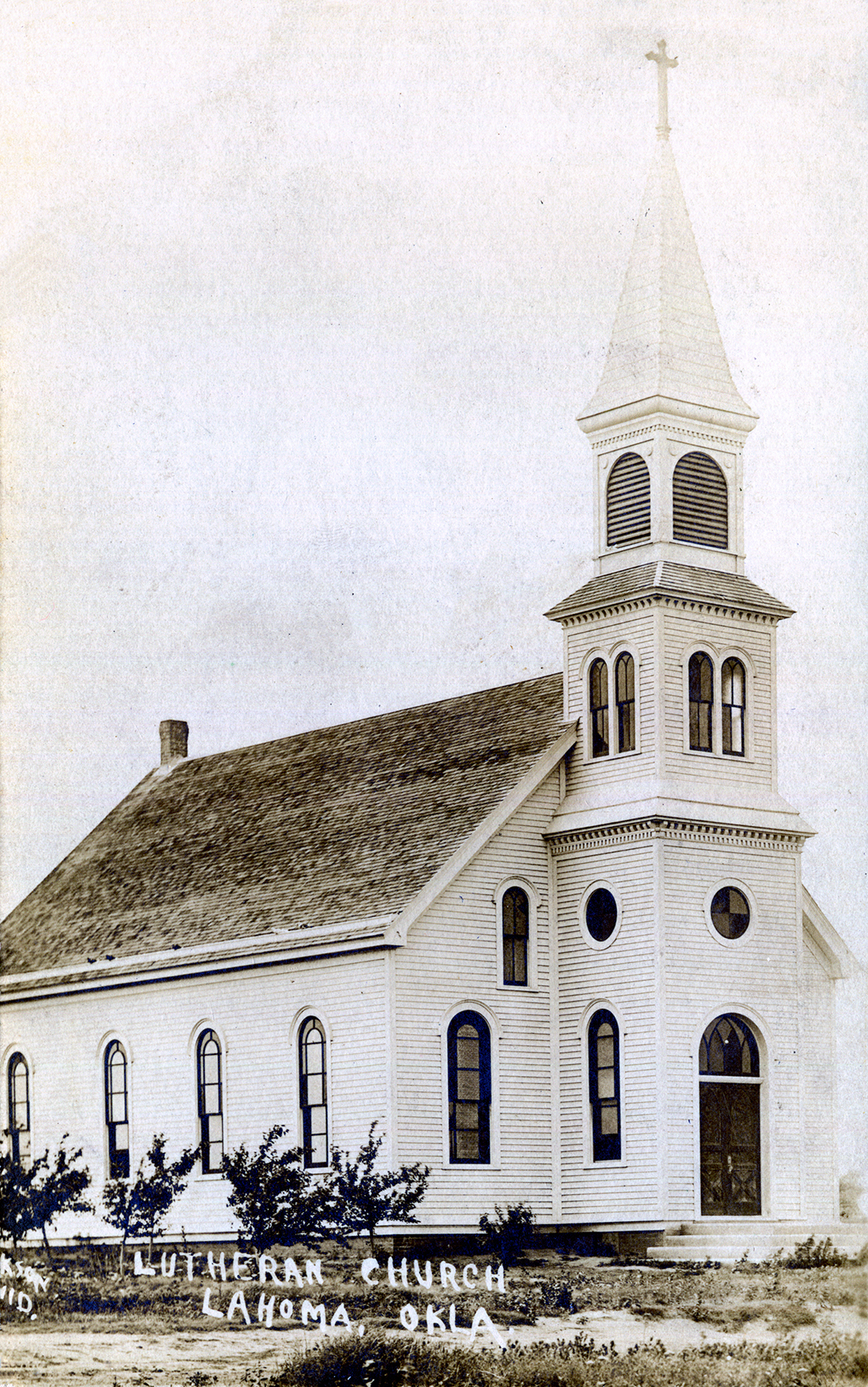 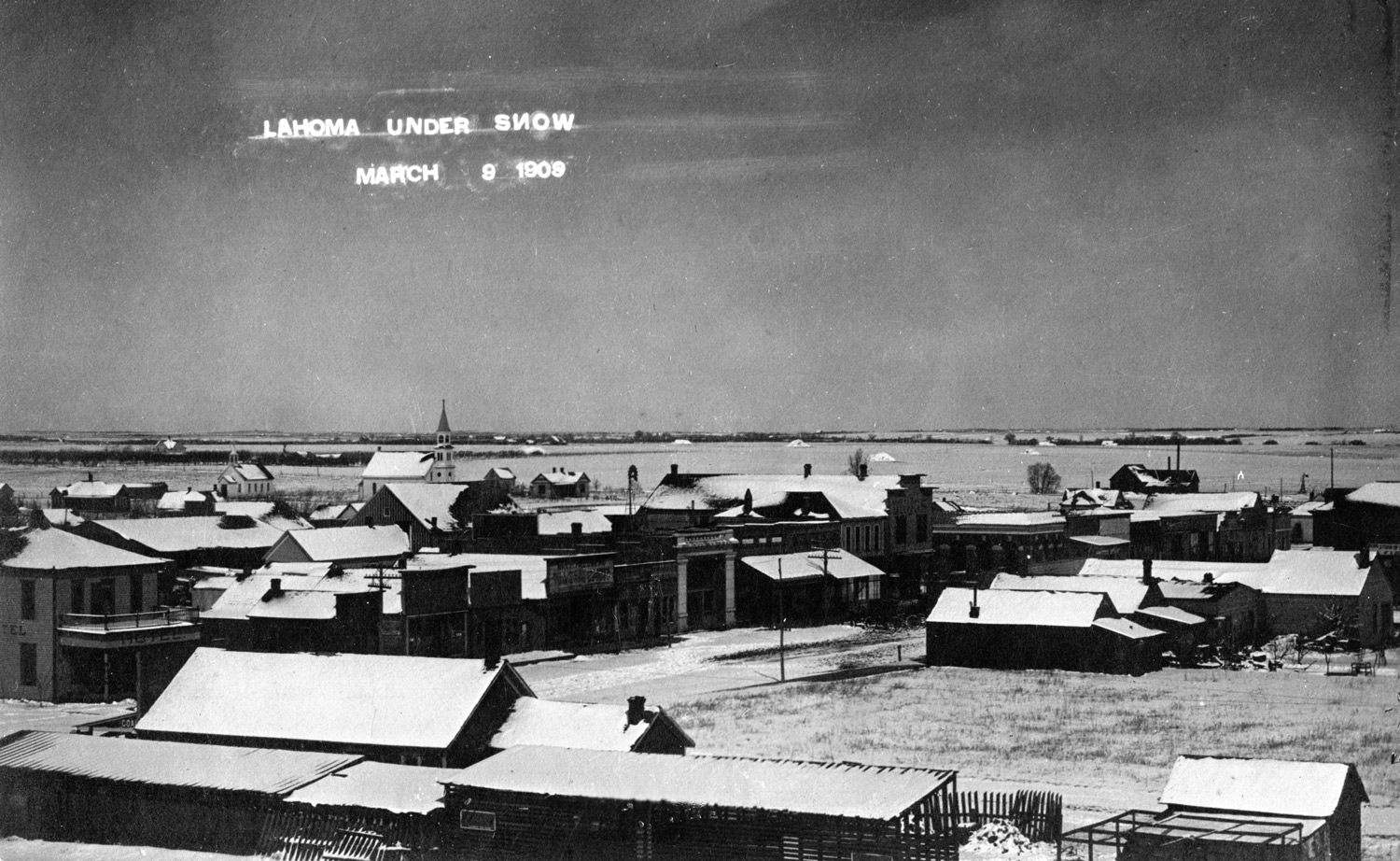 Located in Garfield County eleven miles west of Enid on U.S. Highway 60 at its intersection with State Highway 132, Lahoma takes its name from the last three syllables of the word "Oklahoma." Founded in 1894 after the 1893 land run into the Cherokee Outlet, the town was originally sited about a mile northwest of its present location, and there a number of businesses erected buildings. A considerable number of Logan Township's wheat-farming families descended from German immigrants.

The town moved in 1901 when the Enid and Anadarko Railway (later part of the Chicago, Rock Island and Pacific system) constructed a branch from Enid west and south to Anadarko. A "new Lahoma" townsite was surveyed in April of that year, and town lots were sold in May. Businesses and homes were moved from the original site on skids, pulled by traction steam engines. By the next year the town supported three lumberyards, a bank, and a good number of other enterprises necessary in an agricultural service center. Farm-related industries included four grain elevators, a flour mill built in 1905, and a creamery established in 1904. The railroad connected these products to state and national markets.

Citizens did not neglect educational and religious institutions. They held a school bond election and soon moved in a rural school building and added to it. A new brick building was erected in 1906 and another in 1918. A Methodist congregation built a church in 1901–03. A German Lutheran church and an associated school building were built in 1902, and a Christian Church was organized that year as well. The Lahoma Sun published regularly from circa 1898, paralleled by the Lahoma News and in the 1970s by the Lahoma Communicator. The inhabitants numbered 273 at 1907 statehood and remained near that number for two more decades.

The following (as per The Chicago Manual of Style, 17th edition) is the preferred citation for articles:
Dianna Everett, “Lahoma,” The Encyclopedia of Oklahoma History and Culture, https://www.okhistory.org/publications/enc/entry.php?entry=LA005.