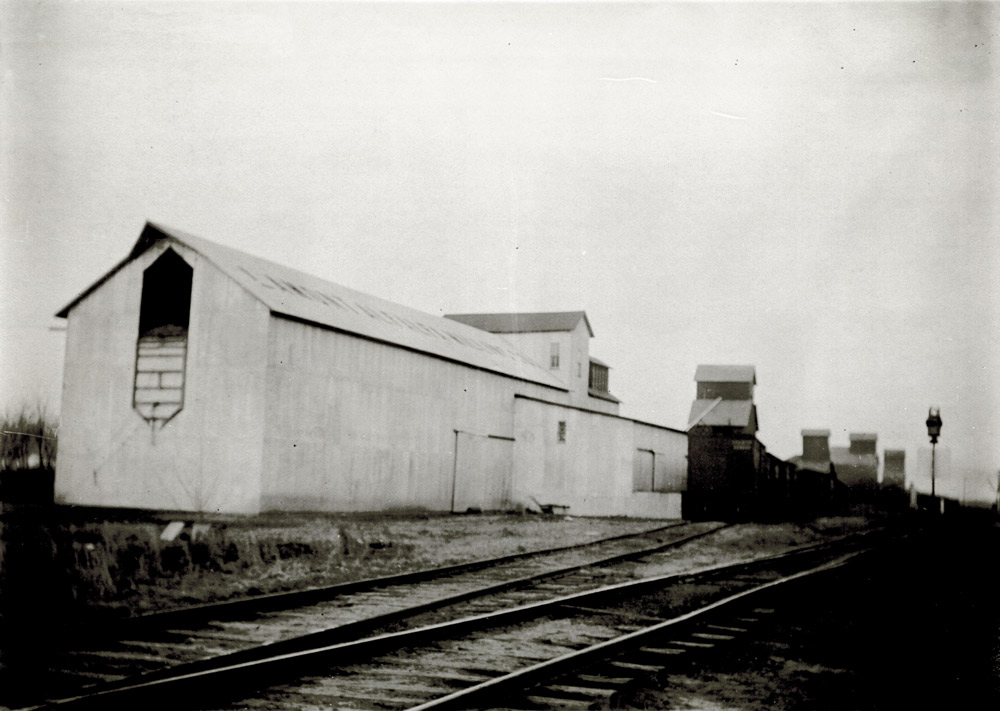 Located in southeastern Grant County, Lamont is situated approximately thirteen miles southeast of the county seat of Medford and at the intersection of State Highway 74 and U.S. Highway 60. The area was opened to non-Indian settlers during the Cherokee Outlet Opening on September 16, 1893. W. F. Shamleffer and W. W. Dunaway from Council Grove, Kansas, selected the townsite and under the name of Lamont Townsite Company founded the community. Named for Secretary of War Daniel Scott Lamont, a post office was established on December 15, 1893. Between 1900 and 1901 the Blackwell, Enid and Southwestern Railroad (later the St. Louis and San Francisco Railway) built a line between Blackwell (Kay County) and Darrow (Blaine County). On November 15, 1900, it reached Lamont.

Lamont developed as an agricultural community along the railroad. In spring 1894 school commenced in a residence until a one-room, frame building was constructed that year. Early newspapers included the Lamont Dispatch, the Lamont Record, and the Valley News. The town was incorporated under territorial laws on June 19, 1900. By 1909 settlers had organized the Baptist, Christian, and Methodist Episcopal churches. Among the town's sundry businesses were two banks, two mills, two hardware/implement stores, a livery, and several general stores. Nine years later Lamont also had a movie theater and three grain elevators. In the 1930s outbound shipments included wheat, livestock, and watermelons, and inbound brought feed products, oil, automobiles, and building materials. The town had a two-acre park, an airpark, and a school that provided education to 225 students. Beginning in 1929 townspeople held an annual watermelon festival in September. In addition to feasting on the fruit, citizens and visitors enjoyed a football game, a terrapin derby, horseshoe pitching, and a dance. In the 1940s and 1950s a hatchery, a hardware and implements store, a feed/seed store, and a blacksmith and welding shop served the farm community.

At 1907 statehood Lamont had a population of 474. It peaked at 635 in 1910. During the next five decades the numbers fluctuated in the 500s with a high of 594 reported in 1950 and a low of 543 recorded in 1960. The census indicated a count of 478, 571, and 454 in 1970, 1980, and 1990, respectively. At the turn of the twenty-first century Lamont had 465 inhabitants, of whom 26.1 percent reported German ancestry. The Deer Creek-Lamont School District offered prekindergarten through twelfth grade to 241 students. In 2010 the census counted 417 people living in Lamont. The Dayton School (NR 88001369) was listed in the National Register of Historic Places. Apollo Soucek, aviator and U.S. Naval hero, was born near Lamont in 1897. In June 1992 the U.S. Department of Energy approved a site, seven miles southeast of Lamont, to provide climatic data. Known as the Southern Great Plains site, it was the first of three primary worldwide locations selected.

The following (as per The Chicago Manual of Style, 17th edition) is the preferred citation for articles:
Linda D. Wilson, “Lamont,” The Encyclopedia of Oklahoma History and Culture, https://www.okhistory.org/publications/enc/entry.php?entry=LA013.