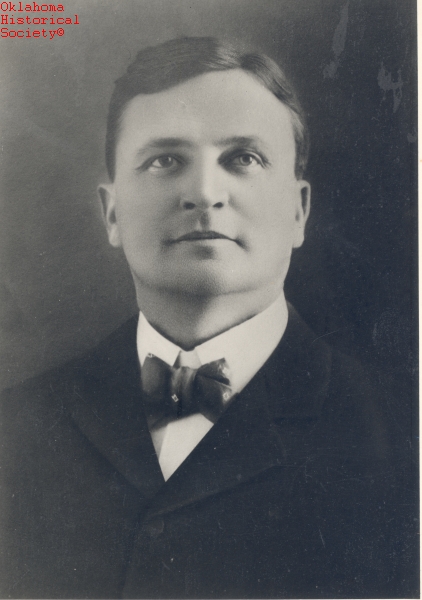 An attorney and a judge of the United States Court for the Indian Territory, William Yancey Lewis was born on August 24, 1861, at Gonzales, Texas, to Everett and Alice Strickland Lewis. Christened William Yancey, Lewis used only his second given name in adulthood. Educated in the public schools of Gonzales, he received an appointment to the United States Military Academy at West Point, New York, but failed the examination in mathematics. When offered a reappointment, he declined. He then attended Emory and Henry College in Virginia and received the bachelor's degree in 1881. His college honors included the Robertson Prize Medal for oratory and a number of awards as an essayist.

Returning to Texas, Lewis taught school and then entered law school at the University of Texas, graduating in 1885. He earned degrees in philosophy and law. Lewis practiced in Gonzales and then Gainesville. In the latter community his partner was Charles. B. Stuart, before Stuart's appointment to the federal bench. In 1894 Lewis married Lulie Sanford, and from Gainesville they moved to Ardmore, Indian Territory, in 1895. Active in Democratic politics, he was a delegate from Texas to the Democratic National Convention in 1892 and from Indian Territory to the Democratic National Convention in 1900, which nominated William Jennings Bryan for the presidency a second time.

When Judge Charles B. Stuart resigned in 1895 as judge of the Central District of the United States Court for the Indian Territory, Pres. Grover Cleveland named Yancey Lewis to fill the unexpired term. When Lewis was appointed to the Indian Territory court, he became one of the first three judges of the Indian Territory appellate court, joining William M. Springer and C. B. Kilgore on the appellate bench. In early 1897 President McKinley nominated a successor to Lewis. Lewis's friends initially contended that his term of office, as stated in his presidential commission, had not expired. However, eventually they conceded the power of the president to remove Indian Territory court judges before the expiration of their terms, and Lewis left the bench in 1897.

No longer a judge, Lewis practiced law in McAlester, Oklahoma, and then returned to Texas in 1900. For a time he served as a faculty member and as dean of the University of Texas School of Law. He then practiced law in Dallas until his death on March 10, 1915. Judge Yancey Lewis is buried in the Masonic Cemetery in Gonzales.

The following (as per The Chicago Manual of Style, 17th edition) is the preferred citation for articles:
Von Russell Creel, “Lewis, William Yancey,” The Encyclopedia of Oklahoma History and Culture, https://www.okhistory.org/publications/enc/entry.php?entry=LE017.