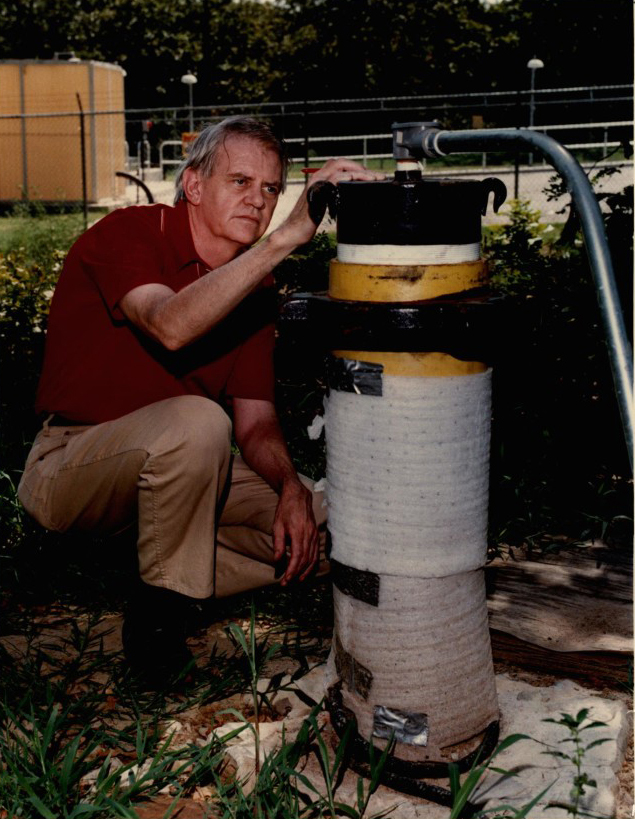 Popularly known as the Leonard Geophysical Observatory, the Oklahoma Geological Survey Observatory was built in 1960 near Leonard in Tulsa County by the Jersey Production Research Company, a subsidiary of Standard Oil Company. Geologists chose the isolated location because it was undisturbed by seismic vibrations from heavy industry and traffic, and it was close to Tulsa. The facility quickly became one of the most advanced seismic observatories in the world.

In 1965 the company donated the 160-acre campus and its equipment to the University of Oklahoma. In 1978 the university attached the facility to the Oklahoma Geological Survey (OGS), which renamed it the Oklahoma Geophysical Observatory. Shortly thereafter, it was rechristened the Oklahoma Geological Survey Observatory; popularly, it was known as the Leonard Geophysical Observatory. In addition to serving as one of the world's primary earthquake monitors, the facility enabled researchers to study cosmic radio noise, solar radiation, magnetic fields, the atmospheric electric field, the Earth's electric potential, variations in atmospheric pressure, wind velocity, and precipitation. The Leonard installation was one of twelve magnetic observatories in the United States that combined to study continental drift as the National Crustal Monitoring Network.

The observatory gained international prominence in 1990 when Pres. George H. W. Bush of the United States and Pres. Mikhail Gorbachev of the Soviet Union signed the Threshold Test Ban Treaty. The agreement gave American and Soviet technicians permission to monitor underground nuclear testing in each other's countries, and the Leonard Observatory was chosen as one of three observation sites in the United States. A road leading to the observatory was named Glasnost Road, and a fence was erected around the buildings not to keep the Soviets out, but rather, to assure them of their right to ban Americans from the site. When the Soviet Union dissolved in the 1990s, the former Soviets abandoned their Oklahoma post and gave their portion of the observatory and the surrounding land back to the State of Oklahoma.

After the Russians went home in 1997, the observatory's chief geophysicist, James E. Lawson, and his research scientists continued to perform basic research and monitor underground nuclear tests. When they led students on tours of the observatory, they explained the rudiments of geophysical research and shared anecdotes about the so-called "Russian invasion." Partly through their reporting, Oklahomans came to realize that their state was one of the most earthquake-prone areas east of the Rocky Mountains. Because the nearest observatories were in Colorado and Missouri, the Leonard observatory served Southwest's primary earthquake detection monitor.

In 2015 OGS announced plans to cease operating the observatory and shift most of its functions to the OGS facility in Norman. Interim OGS director Richard Andrews, cited cost concerns as the main reason for closing the site. The decision came during a time of increasing seismic activity that some scientists attributed to wastewater disposal at Oklahoma's oil and gas wells. Although long-term plans for the Leonard site were unspecified, OGS personnel expected to use it for educational purposes.

The following (as per The Chicago Manual of Style, 17th edition) is the preferred citation for articles:
Michael J. Hightower, “Leonard Geophysical Observatory,” The Encyclopedia of Oklahoma History and Culture, https://www.okhistory.org/publications/enc/entry.php?entry=LE018.