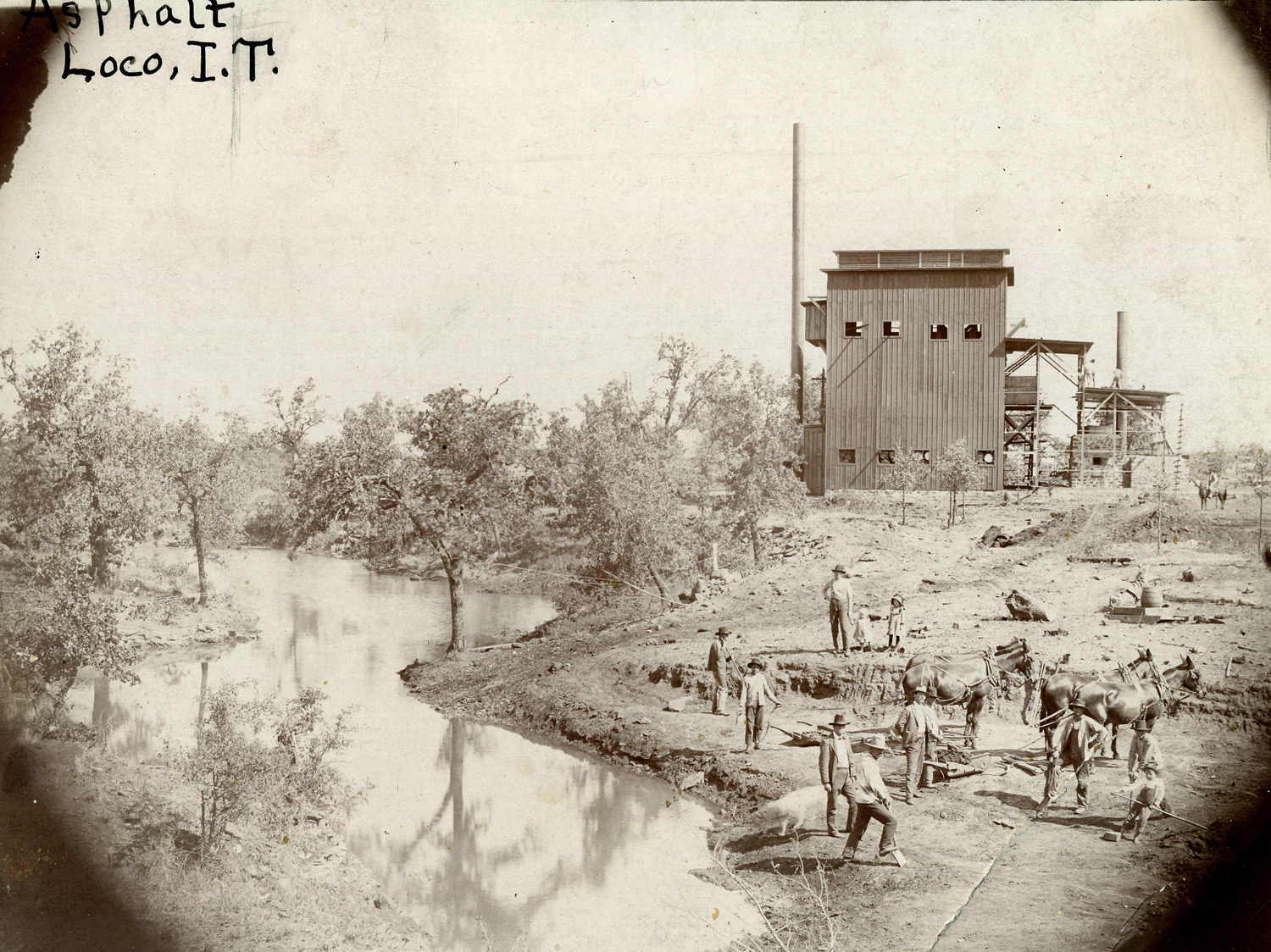 Loco is in the southeastern quarter of Stephens County, about twenty-six miles southeast of Duncan, the county seat. Situated on State Highway 53, the town is eighteen miles west of U.S. Highway 81. The community originated in the late 1880s with a post office being designated in June 1890. Although popular theory often ascribes the naming of the town to the locoweed, local historians attribute the name to the Latin word meaning "being in this place." Dr. Albert G. Cranfill, an early settler in the area, chose the name as the community was a popular meeting site.

Loco originally thrived as a farming community. Two years after 1907 statehood and the formation of Stephens County, Loco supported three churches, a bank, four grocery stores, a general store, three doctors, one dentist, one drug store, one blacksmith, and the Merchants' and Planters' Gin and Mill Company. Although agriculture remained an important economic mainstay throughout the town's history, in the late 1910s oil and gas production began to emerge as another major source of local revenue. In the 1920s local merchants advertised Loco as one of the best inland towns in the state. According to their advertisement, Loco was a major cotton and poultry center, as well as being the commercial center for the east Stephens County oil and gas fields. During the 1930s cattle ranches, dairy farms, orchards, and vineyards were also yielding good profits for area farmers. Oil and gas activity in the Loco Field remained vibrant for decades as well. However, by the early 1980s the town was reduced to about six churches, two service stations, a post office, and a cemetery. Even the two school buildings stood vacant, as area students were bused to consolidated schools.

According to unofficial reports, Loco had a population of five hundred in its first two decades of the twentieth century. In the early 1920s newspaper accounts estimated the town at almost six hundred residents, a figure used by the Loco Chamber of Commerce in the 1930s. Incorporated in 1926, the town was first included in the 1930 federal census, at which time the population was tallied at 333. By 1940 the number dropped to 268 and continued to decline, so that in 1950 the town numbered 236. Rebounding to its exact 1940 population in 1960, Loco again lost residents, bringing the 1970 figure below 200 for the first time. Briefly surging, the number shot up to 215 in 1980 before descending to 160 by 1990. The 2000 census counted 150 inhabitants, but in 2010 Loco had only 122.

During all of its years, Loco has had just two newspapers, with both publishing briefly in the first decade of the twentieth century. The Loco Times was first, with the Loco Ledger being the last recorded newspaper.

The following (as per The Chicago Manual of Style, 17th edition) is the preferred citation for articles:
Cynthia Savage, “Loco,” The Encyclopedia of Oklahoma History and Culture, https://www.okhistory.org/publications/enc/entry.php?entry=LO001.