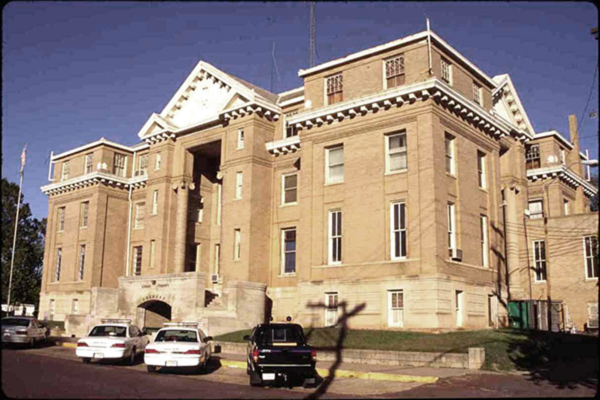 Located in north-central Oklahoma, Logan County is bordered by Garfield and Noble counties on the north, Payne and Lincoln counties on the east, Oklahoma County on the south, and Kingfisher County on the west. Named for U.S. Sen. John A. Logan of Illinois, the county is drained by the Cimarron River and the Cottonwood and Ephraim creeks. Comprised of twenty-one townships, Logan County lies within the Red Bed Plains physiographic area. The eastern three townships of North Cimarron, South Cimarron, and Iowa were added to Logan County after the Sac and Fox Land Opening on September 22, 1891, to comprise a total of 748.92 square miles of land and water. In 2010 the incorporated towns included Cedar Valley, Cimarron City, Coyle, Crescent, Marshall, Meridian, Mulhall, Orlando, and Guthrie, the county seat.

According to an Oklahoma archaeological study published in 1983, Logan County had forty-eight known prehistoric sites, of which none had been tested or excavated. However, a survey of some of those sites indicated cobble workshops and knapping stations. Because the county is located in a region that has not been subjected to substantial analyses, the archaeological record is sketchy.

In 1803 the United States acquired from France the area known as the Louisiana Purchase, which included most of future Oklahoma. Soon explorers and traders traversed the region. In 1821 Thomas James led a party from St. Louis to Santa Fe to establish trade. They descended the Mississippi River to the mouth of the Arkansas River and proceeded west on the Cimarron River. In the 1820s and 1830s the Creek and Seminole were settled in the area between the southern boundary of the Cherokee Outlet and the Canadian River. Because they supported the Confederacy during the Civil War (1861–65), the Creek and Seminole lost land as a result of the Reconstruction Treaties of 1866. Part of that land was situated in the area that became known as the Unassigned Lands, which was opened to non-Indian settlers on April 22, 1889.

Prior to the land opening in 1889, the Kansas Southern Railway (later the Atchison, Topeka and Santa Fe Railway, AT&SF) constructed a line from the Kansas-Oklahoma border to Purcell, Indian Territory. Station points along the route were established. Those situated in future Logan County were Beaver Creek (later Alfred and present Mulhall) and Deer Creek (present Guthrie). A well was dug at Deer Creek station to supply water for the steam engines. Many participants of the Land Run of 1889 utilized the AT&SF line from the starting points of Arkansas City, Kansas, to the north, and of Purcell, Indian Territory, from the south. A U.S. land office, located one block east of the Santa Fe depot, opened on April 22, 1889. Logan County was organized as County One in 1890 after the passage of the Organic Act on May 2, 1890. On August 5, 1890, voters selected Logan as the county name in honor of U.S. Sen. John A. Logan. Guthrie, designated as the county seat and the capital of Oklahoma Territory, was also the state capital from 1907 to 1910. In 1907 the Logan County Courthouse (NR 84003141) was erected by the Manhattan Construction Company of Muskogee.

As early as 1889 two brick plants operated in Guthrie. By 1910 Guthrie also had a textile mill known as the Pioneer Cotton Mill and a structural steel foundry known as the Southwestern Iron Works. By 1918 eleven cotton gins, six grain elevators, one flour mill, and one corn mill served the larger agricultural communities in Logan County. In 1930 Crescent had three cotton gins and one milling company, Guthrie had one cotton oil mill, three cotton gins, and four milling companies, Marshall had an elevator and a grain company, and Orlando had a cotton oil company. Around 1948 the Oklahoma Furniture Manufacturing Company relocated from Oklahoma City to Guthrie, and it employed more than five hundred and had an annual payroll of $3.4 million in the late 1970s. The Furrow and Company greenhouses located north of Guthrie grew potted plants for retailers in Oklahoma and surrounding states. Elijah and Elizabeth Furrow started the family business in 1892. Through the years other industries have included the manufacturing of hydraulic lifts and wooden shipping pallets.

Oil and gas drilling activity in Logan County began in 1912 near Mulhall. In December 1912 county citizens formed two oil companies, and in 1915 the Cimarron Valley Oil Company was the first major investor in Logan County. Logan County experienced three major strikes. The first was at Crescent (ca. 1926), the second at Roxana (1927), and the third at the Guthrie Pool (1941). Although these three fields dominated the county's production, the Langston Field (opened in 1934) and the Coyle Fields (discovered in 1951) have also contributed to the county's petroleum production. The McCully Number One well, drilled on May 9, 1927, became the first major oil producer in Logan County. Following this strike the boomtown of Roxana, approximately four miles southwest of Marshall, sprang up overnight and was platted on July 21, 1927. The success in the Roxana Field brought oil companies such as Wentz Oil Corporation to the area. During the early 1930s the Great Depression as well as natural disasters such as fire and a tornado brought about the demise of Roxana.

The influx of settlers in Guthrie and other Logan County communities after the 1889 land opening brought about the establishment of educational facilities. Initially, subscription schools as well as private facilities offered children an education until public schools could be organized. Ninety-six school districts in Logan County were opened by 1897. Higher education institutions soon followed with Langston University established as the Colored Agricultural and Normal University in 1897. The Methodist University of Oklahoma operated in Guthrie from 1911 to 1919 before relocating to Oklahoma City and eventually becoming Oklahoma City University. By 1918 the Benedictine Sisters conducted the Catholic College of Oklahoma for young women on a seventy-acre campus located one mile west of Guthrie. At that time the Capital City Business College and other private institutions offered educational opportunities. Through the years public schools consolidated due to improved roads and to population shifting from rural to urban. Therefore, at the turn of the twenty-first century Logan County had four public school districts, Coyle, Crescent, Guthrie, and Mulhall-Orlando. The St. Joseph Convent and Academy (NR 79002000) in Guthrie and the Langston University Cottage Row Historic District (NR 98001593) were listed in the National Register of Historic Places.

Early transportation routes followed the waterways and the trails. Prior to the 1889 land opening the Southern Kansas Railway (later the Atchison, Topeka and Santa Fe Railway, AT&SF) built a north-south line from the Kansas-Oklahoma border to Purcell in McClain County. After the land opening Guthrie developed as a trade center. In the early twentieth century the Denver, Enid and Gulf Railroad (later the AT&SF) connected Guthrie and Enid. From 1903 to 1924 the Choctaw, Oklahoma and Western Railroad (later the Chicago, Rock Island and Pacific Railway) provided service between Guthrie and Chandler. Between 1904 and 1924 passenger and freight traffic to and from Guthrie and El Reno used the St. Louis, El Reno and Western Railway. The Missouri, Kansas and Texas Railroad ran from Guthrie to Fallis to the east. The Oklahoma Railway Company operated an interurban between Oklahoma City and Guthrie from 1916 to 1944. Modern motorists used Interstate 35, U.S. Highway 77, and State Highways 33, 74, and 105.

Notables who have hailed from Logan County include historian Angie Debo and Oklahoma's third poet laureate Jennie Harris Oliver. The Angie Debo House (NR 96000379) in Marshall was listed in the National Register of Historic Places in 1996. In 1891 Cora V. Diehl became Logan County register of deeds, the first woman elected to public office in Oklahoma Territory. Territorial governors Robert Martin and Cassius M. Barnes are buried in Guthrie. Prior to becoming territorial governor, Martin E. Trapp had served as Logan County clerk and superintendent of Coyle schools. Dennis T. Flynn of Guthrie served as Oklahoma Territory delegate to the U.S. Congress. Dick Thompson Morgan, who lived in Guthrie from 1889 to 1893, served in the U.S. House of Representatives from 1909 to 1920.

The following (as per The Chicago Manual of Style, 17th edition) is the preferred citation for articles:
Linda D. Wilson, “Logan County,” The Encyclopedia of Oklahoma History and Culture, https://www.okhistory.org/publications/enc/entry.php?entry=LO005.