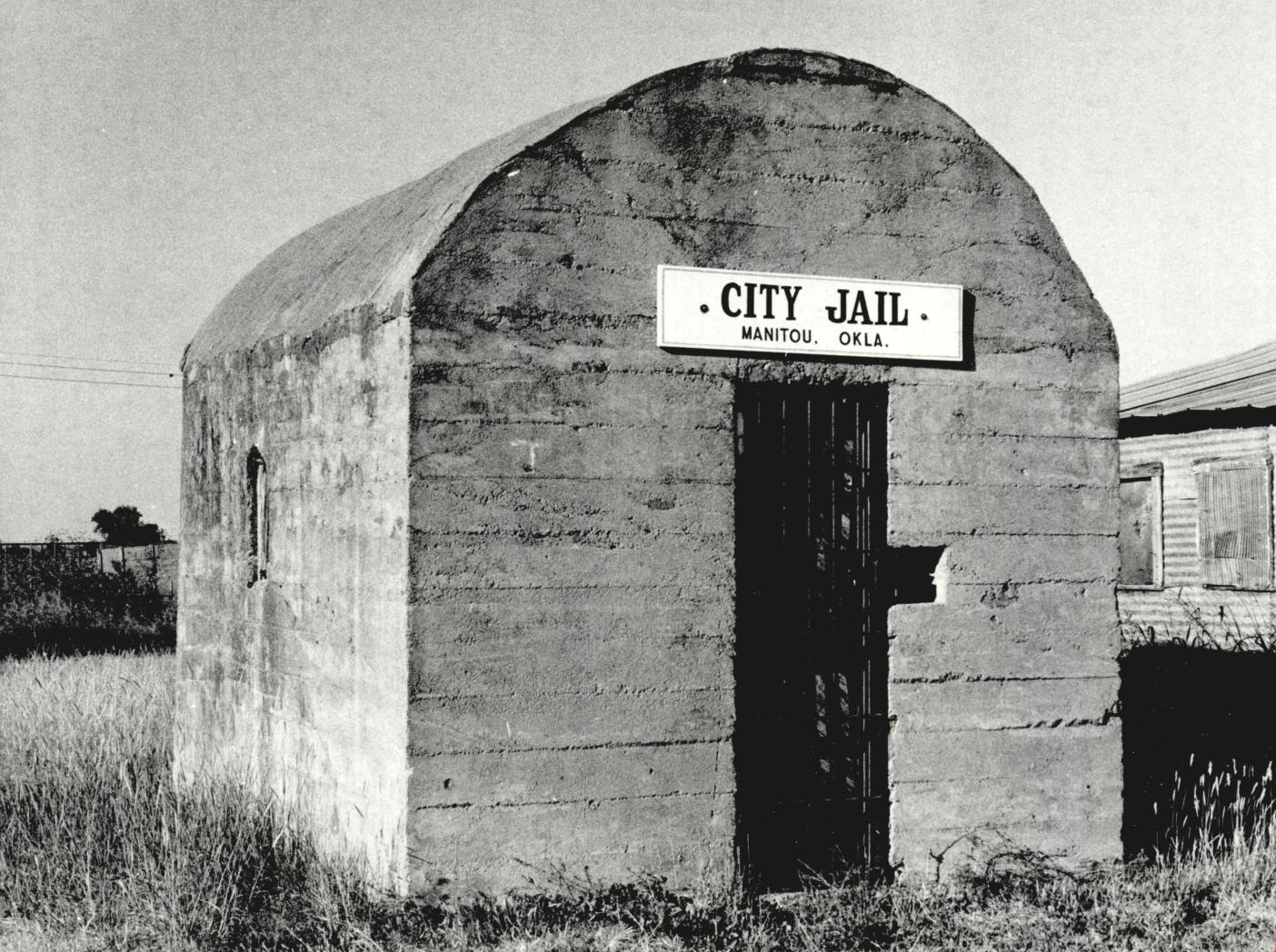 Located in Tillman County, Manitou is situated eight miles north of the county seat of Frederick on U.S. Highway 183. A few families lived in the area by 1902, and a post office was established on January 29, 1902. In 1903 Marion Barnes, who had land north of the Indian Base Line, and Frank Palmer, who had land south of the Base Line, offered eighty acres for a townsite. A plat was filed in June 1904. In 1903 the Blackwell, Enid and Southwestern Railroad (later the St. Louis and San Francisco Railway) built their lines through Manitou. Before a railroad depot was built in October 1905, a platform with a hook served as the delivery point for Manitou's mail.

Locals called a meeting to choose a name for the town. A legend emerged that a man from the north had come into the territory, and when he returned from the trip, he was asked what he saw. He replied, "A man or two." Names were submitted and placed in a hat, and the name Manitou was drawn. However, Manitou is an American Indian name given to a great spirit or to an object of worship. Manitou is the only town in Tillman County that was not named for a railroad company official or by the postal service.

In early years several schools were constructed, and the Baptist, Christian, and Methodist churches were organized. In January 1907 the townspeople of Siboney, located two miles north, agreed to move their businesses and residences to Manitou, thus eliminating the rivalry that had existed between the two towns. At 1907 statehood Manitou's population stood at 394. Citizens subscribed to early newspapers such as the Manitou Field-Glass and the Manitou Monitor. By 1918 three cotton gins and one grain elevator serviced the surrounding agricultural area. The population has held steady at around three hundred since 1910. At the turn of twenty-first century Manitou, a "bedroom" community, had a population of 278, but it declined to 181 in 2010. The jail, a small concrete building completed in March 1922, remained standing as a landmark, attracting tourists who stopped to take pictures.

The following (as per The Chicago Manual of Style, 17th edition) is the preferred citation for articles:
Gail Patterson, “Manitou,” The Encyclopedia of Oklahoma History and Culture, https://www.okhistory.org/publications/enc/entry.php?entry=MA012.