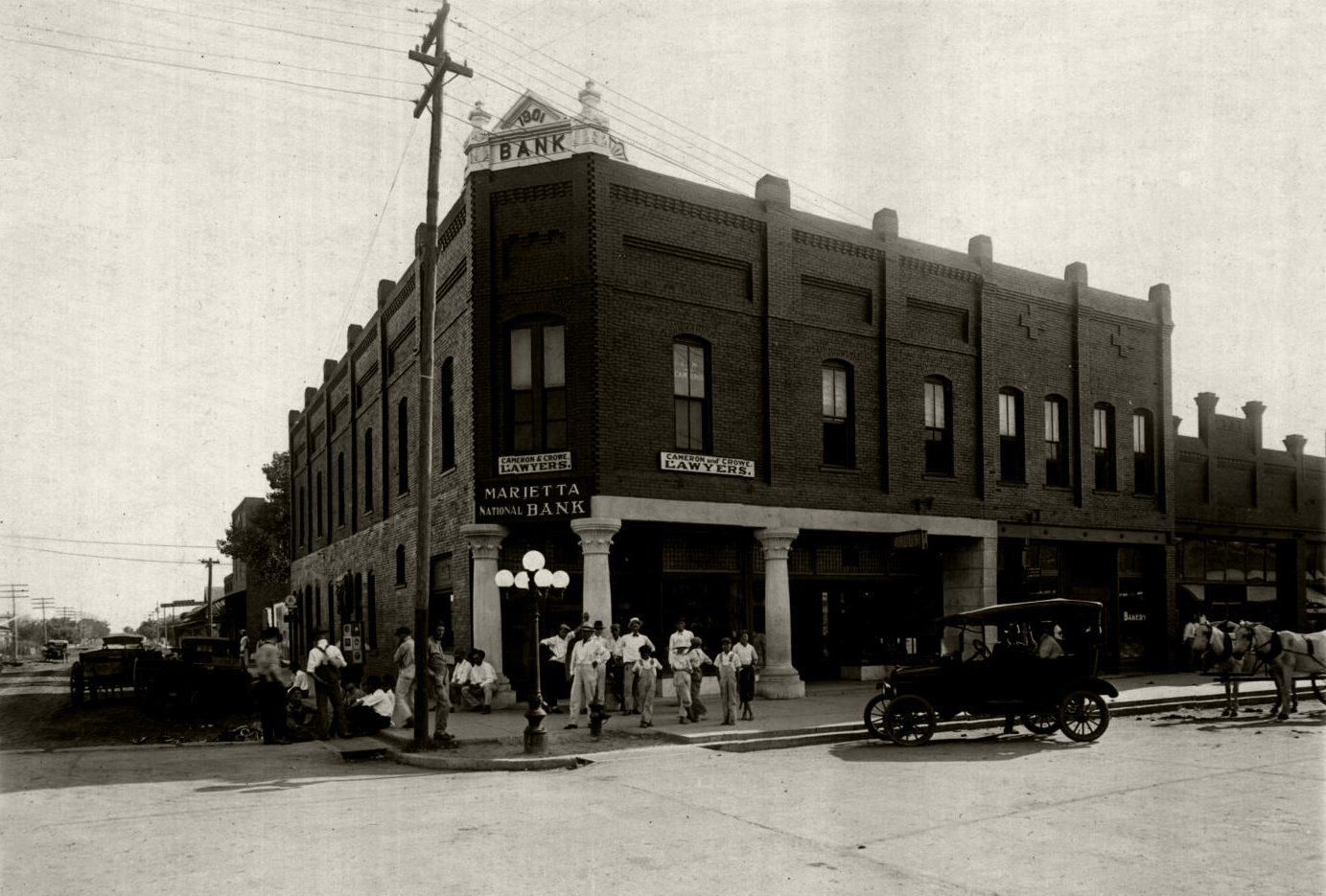 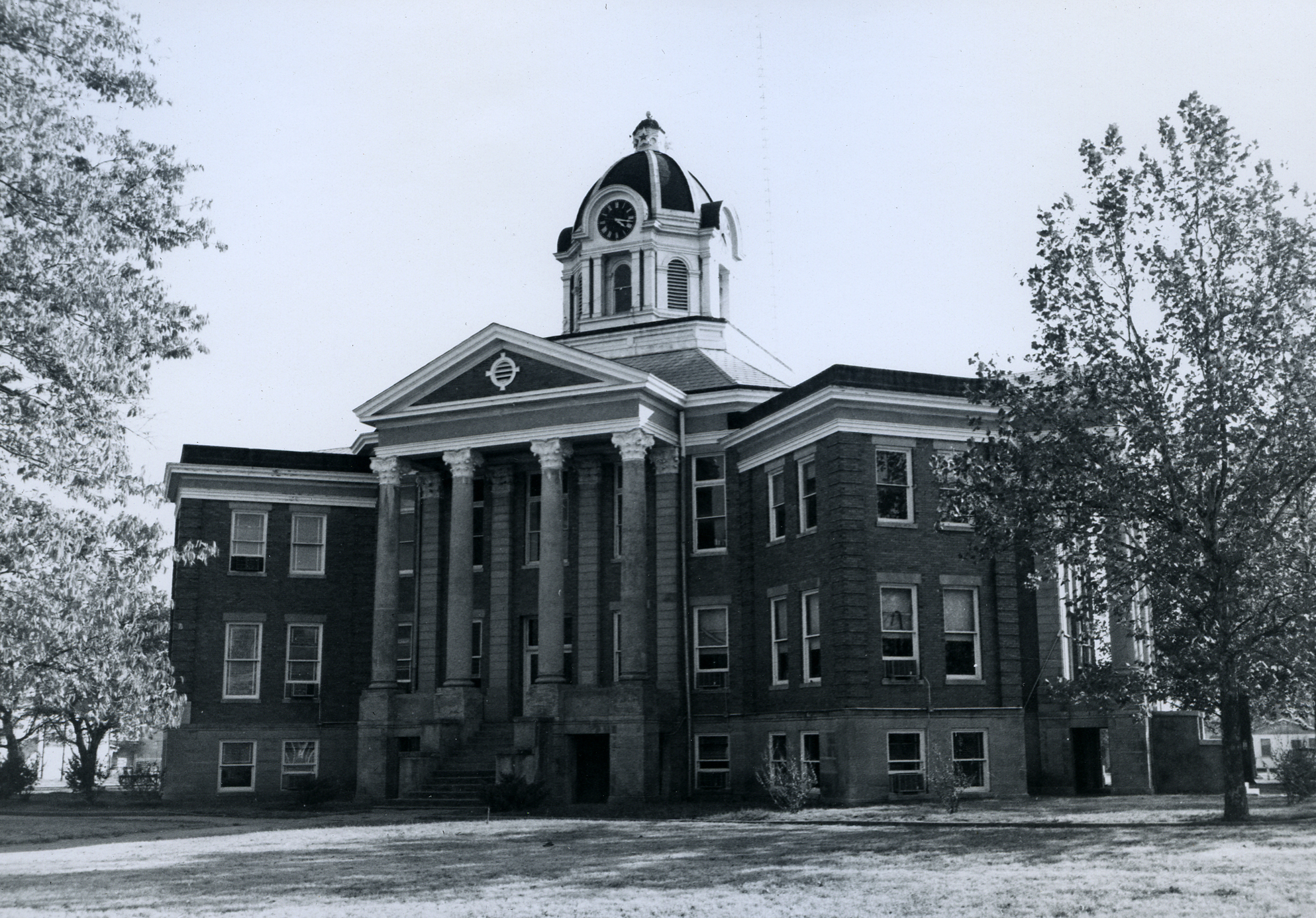 As the county seat of Love County, Marietta is situated at the intersection of State Highway 32 and Interstate 35, fifteen miles north of the Red River, and 114 miles south of Oklahoma City. Although Marietta was incorporated on June 2, 1898, with a population of approximately 550, settlement began years before. In the 1700s the Red River served as a travel route for French and Spanish explorers and traders. Small villages sprang up along its winding path, and a Spanish fort was located in the southwestern corner of present Love County. In the 1830s Abel Warren and Holland Coffee established trading post along Walnut Bayou.

In 1930 Marietta had a cold storage plant, a hatchery, a bottling plant, and three lumberyards. A sawmill, a broom factory, a canning plant, and seven cotton gins operated at that time. The town also had at least five businesses such as garages and motor companies relating to the automobile business. In the 1940s Marietta had six churches, each representing a different denomination, and three school buildings that included a gymnasium, a combination elementary and high school, and a separate school for African Americans.

The coming of the Gulf, Colorado and Santa Fe Railway (later the Atchison, Topeka and Santa Fe Railway) brought about economic stimulus for the future town of Marietta, Indian Territory. The first track of the Santa Fe line through Pickens County was laid in early 1887, and the first train ran July 28, 1887. With rail transportation available, local crops made their way to outside markets. With twenty-seven thousand bales shipped out in 1912, cotton was a major crop. Even during the drought of 1911 seventeen thousand cotton bales were shipped by rail. By the 1940s, in addition to the railroad, U.S. Highway 77, and State Highways 32 and 199, the Dixie Bus Line and the Greyhound Bus Line served the area.

As was the case in most small towns in Oklahoma, Marietta's downtown area suffered with the coming of the Interstate 35 at the edge of town. At the turn of the twenty-first century several buildings were empty. The main employers in the area were the Marietta Bakery, with four hundred workers, and the Siemens Dematic, with sixty-five. In January 2004 the county suffered an economic jolt with the Marietta Bakery's sudden bankruptcy. That event affected the town's financial health; employees were not paid for the last week of work, and the last paychecks bounced, throwing more hardship on the companies that had cashed them. Two weeks later the Siemens Dematic closed. However, several months later Siemens Dematic was purchased by the Chickasaw Nation and reopened, bringing back many of the former employees. The bakery was sold at auction, and it reopened with a skeleton crew.

The WinStar Casino, located fourteen miles south of Marietta on Interstate 35 at the Thackerville exit, is Love County's largest employer. Around the turn of the twenty-first century it employed approximately fifteen hundred workers, many driving from Marietta. In 2005 the Chicksaw Nation unveiled a plan to spend $153 million to convert the WinStar Casino into a Las Vegas–style venue.

Recreation has also been important to the community's economy. Just northeast of Marietta is Lake Murray State Park, and Lake Texhoma is situated east of town. Falconhead Resort, located eleven miles west, has an eighteen-hole championship golf course that has been used by Jack Nicklaus, Chi Chi Rodriquez, and other professional golfers. The Love County Military Museum displays items from the Revolutionary War to the present, family military history, and area law enforcement exhibits. The museum is housed in a historic 1910 jailhouse. Across the street from the jail is the new Love County Pioneer Museum building. The weekly Marietta Monitor has served the community since territorial days.

The following (as per The Chicago Manual of Style, 17th edition) is the preferred citation for articles:
Tommie L. Horn, “Marietta,” The Encyclopedia of Oklahoma History and Culture, https://www.okhistory.org/publications/enc/entry.php?entry=MA024.