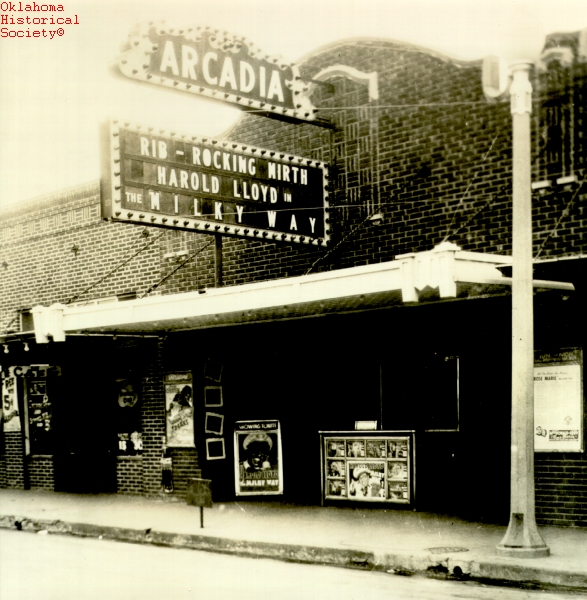 Maud, birthplace of country music singer Wanda Jackson, is located at the intersection of State Highways 59 and 9A, in Pottawatomie County. With its western half of the town located in Pottawatomie County and its eastern half in Seminole County, the town was established along the dividing line between Oklahoma and Indian territories. In 1890 a barbed-wire fence was built from the North Canadian River to the Canadian River through the middle of town, on the street now known as Broadway, to keep American Indians out of Oklahoma Territory. However, the fence did not deter the illegal distribution of alcohol to the Indians.

On April 16, 1896, a post office was established and the town named for Maud Sterns, a sister to the wives of the two owners of the first general store. One of the storeowners, Philip Cooper, and his wife, Cora Sterns, were astronaut Leroy Gordon Cooper, Jr.'s, grandparents. A railroad depot built in 1903 serviced four passenger trains and eight freight trains daily on the Missouri, Kansas and Texas Railway (in 1923 the Oklahoma City, Ada and Atoka Railway). In a short time one general store, three dry good stores, two drug stores, one blacksmith, three cotton gins, and one funeral parlor were built. The first newspaper, the Maud Monitor, was published in February 1904. Maud incorporated on July 21, 1905. By 1910 the population reached 503 and by 1920, 637.

The following (as per The Chicago Manual of Style, 17th edition) is the preferred citation for articles:
Donna Stacy, “Maud,” The Encyclopedia of Oklahoma History and Culture, https://www.okhistory.org/publications/enc/entry.php?entry=MA038.