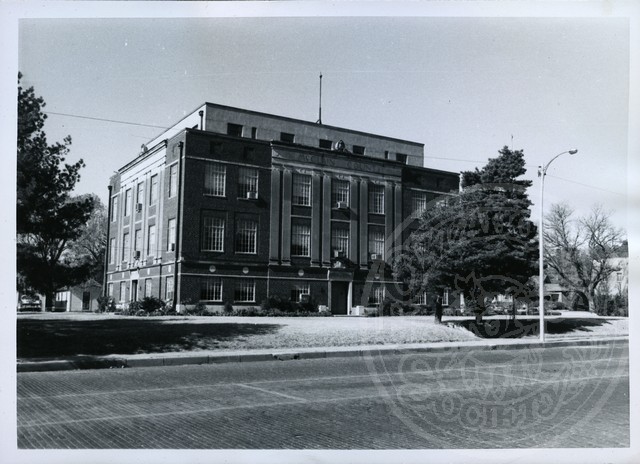 Located in central Oklahoma, McClain County, created at 1907 statehood, incorporates 580.13 square miles of land and water. The name honors Charles M. McClain, a member of Oklahoma's 1906 Constitutional Convention. Cleveland County and a portion of Pottawatomie County border McClain County on the north, with Pontotoc on the east, Garvin on the south, and Grady on the west. In 2010 the incorporated towns included Blanchard, Byars, Cole, Dibble, Goldsby, Newcastle, Rosedale, Washington, Wayne, and Purcell (the county seat).

The county lies in the Red Bed Plains region of the broader Osage Plains. The western portion is hilly and historically has been blanketed with blackjack oak trees. The southeastern arm is characterized by level lowlands. The South Canadian River forms the northern border, draining much of the county. The Washita River flows near the southwestern corner, with several McClain County creeks feeding it.

At the beginning of the twenty-first century archaeologists had examined 8 Paleo-Indian (prior to 6000 B.C.), 186 Archaic (6000 B.C. to A.D. 1), 54 Woodland (A.D. 1 to 1000), and 196 Plains Village (A.D. 1000 to 1500) sites. An important transitional site between the Woodland and Plains Village periods is the Brewer Site, which is believed to be one of the region's first settlements and contains evidence of early agriculture. Later, large farming villages existed along the Canadian and Washita rivers.

In 1740 the French Canadian brothers Pierre and Paul Mallet traveled along the Canadian River in a quest to reach Santa Fe. The brothers and other French traders and trappers were the earliest Europeans in the area. After the United States acquired Louisiana Territory in 1803, American explorers and traders traversed the region, including Stephen H. Long (1821), the Dodge-Leavenworth Expedition (1834), Josiah Gregg (1839–40), Nathan Boone (1843), and Randolph Marcy (1849). In 1835 Maj. Richard Mason established Camp Holmes (also known as Camp Mason) near present Lexington to negotiate peace between the Plains tribes and the eastern Indian Territory nations. In August 1835 the Treaty of Camp Holmes was signed, and the federal troops soon abandoned the site. Auguste P. Chouteau then constructed a trading post there; it closed after his 1838 death. The location thereafter became an important regional landmark on the California Road, which Marcy blazed in 1849 while escorting a number of emigrants across present Oklahoma.

In 1850 the U.S. Army erected Camp Arbuckle, northwest of present Byars in McClain County, to protect the California Road. In 1851 troops abandoned the site, relocating to present Garvin County. Soon a group of Delaware Indians led by Black Beaver occupied the camp, which was called Beaversville, but they left prior to the Civil War. After the war Montford T. Johnson moved to the location, and it became known as Johnsonville or Johnson. In the 1850s Jesse Chisholm also operated a trading post near present Lexington.

After 1837 the Chickasaw began relocating to Indian Territory, joining the Choctaw, who had already been granted the land. In 1855 the Chickasaw officially separated from the Choctaw, acquiring their own domain, with present McClain County a part of the Chickasaw Nation's Pontotoc County. Few Chickasaw occupied this region, due to hostilities with western tribes such as the Kiowa. After the Civil War rancher Montford T. Johnson, using Chisholm as a negotiator, worked out an agreement with the tribes under which they would allow ranching as long as whites were not employed. Johnson then established a ranch near present Washington and hired Chickasaw freedman Jack Brown to operate it. Johnson also had ranches near present Byars and present Newcastle where, again, he hired a freedman, Nate Burney, to run the spread.

The California Road was not the only transportation artery that traversed the area. Others included a military road connecting Fort Smith, Arkansas, to Fort Sill, a road to Fort Arbuckle, and, just west of the present county, the Chisholm Trail. In 1886–87 the Southern Kansas Railway laid tracks south from Kansas to present McClain County, and the Gulf, Colorado and Santa Fe Railway (both of which were controlled by the Atchison, Topeka and Santa Fe Railway, AT&SF) built a line north from Texas, meeting at and founding the town of Purcell. In 1900–1904 the Eastern Oklahoma Railroad (later acquired by the AT&SF) laid tracks from Newkirk to Pauls Valley, cutting through eastern McClain County. In 1906 the Oklahoma Central Railway (sold to AT&SF in 1914) built a line that traversed McClain County from the southeast to the northwest. It ran through Byars and Purcell, and established Washington, Cole, and Blanchard.

Purcell served as a starting point for the Land Run of 1889 and the establishment of Oklahoma Territory. The federal government prohibited alcohol in the Chickasaw Nation, so, to serve Indian Territory residents, saloons were built along the border. In 1889 one resourceful owner built the Sand Bar Saloon on stilts in the middle of the Canadian River as close to the Purcell depot as possible. The town of Lexington, across the river from Purcell, had numerous drinking establishments, taking advantage of its sister city's population. In 1899 the Purcell Bridge Company completed a toll bridge across the river between the two towns. After the Curtis Act (1898) stripped the Chickasaw government of its power, and the allotment process provided for individual land ownership, the federal government cleared the way for Oklahoma statehood in 1907.

In 1913 Oklahoma's Federal Aid Project Number One, the 2,200-foot-long Newcastle Bridge across the Canadian River to Cleveland County, was completed, providing county residents and farmers convenient access to Oklahoma City. Little industry occurred in the county, but an early-twentieth-century flour mill operated at Purcell, and each town supported cotton gins and retail outlets. Beginning in the early twentieth century drillers began testing for oil and gas deposits. In 1975 the county produced 3,251,509 barrels of crude oil and 9,380,918 million cubic feet (mcf) of natural gas. The crude oil output increased to 4,144,597 barrels in 1985, but the natural gas decreased to 5,862,313 mcf. In 2000 crude oil production was down to 3,251,509 barrels, and natural gas was up to 9,380,918 mcf. In 1971 the Mid-America Area Vo-Tech opened near Wayne, providing vocational education to the region's students. In 2001 Duke Energy North America built a power plant (which it sold to NRG Energy, Inc., that year) near Newcastle. At the beginning of the twenty-first century the Chickasaw Nation operated a gaming casino at Newcastle.

In 1964 the H. E. Bailey Turnpike, Interstate 44, opened, with its northern terminus in McClain County. Interstate 35 runs north-south, and U.S. Highways 62 and 77 also cross the county. State highways in the county include 9, 24, 37, 39, 59, 59B, 74, 74B, 76, and 130. At the end of the twentieth century the Burlington Northern and Santa Fe, which had acquired the first railroad through the area, served as the county's only rail line. At the beginning of the twenty-first century only three county properties were listed in the National Register of Historic Places. These were the Love Hotel (NR 95001407) and the McClain County Courthouse (NR 84003347) in Purcell, and the U.S. Highway Bridge at the Canadian River (NR 03000882), which connected Purcell and Lexington. In 1973 the McClain County Museum in Purcell was established.

Richard Drass, "A Reanalysis of the Brewer Site: An Early Plains Village Settlement in Central Oklahoma," Bulletin of the Oklahoma Anthropological Society 37 (December 1988).

The following (as per The Chicago Manual of Style, 17th edition) is the preferred citation for articles:
Larry O'Dell, “McClain County,” The Encyclopedia of Oklahoma History and Culture, https://www.okhistory.org/publications/enc/entry.php?entry=MC007.