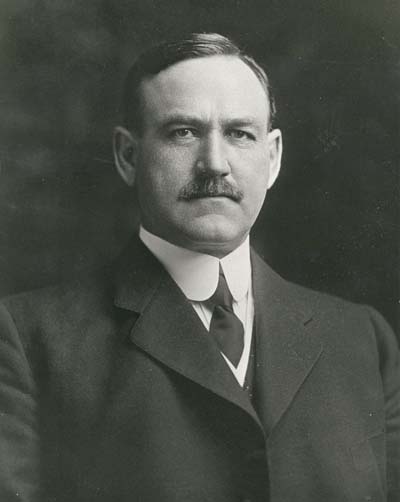 An Oklahoma territorial delegate and a U.S. representative, Bird Segle McGuire was born on a farm near Belleville, Illinois, on October 13, 1865. Two years later young McGuire moved with his parents to Randolph County, Missouri, and he attended the common schools there. In 1881 he moved with his family to Kansas, eventually attending the state normal school at Emporia and teaching school for several terms. Later he studied law at the University of Kansas and was admitted to the bar in 1889. He began his law practice in Chautauqua, Kansas, and served as mayor of the town and as prosecuting attorney for Chautauqua County (1890–94). In the latter part of 1894 he moved to Pawnee County, Oklahoma Territory, and he practiced law in Pawnee. Appointed by Pres. William McKinley as assistant U.S. attorney for Oklahoma Territory in 1897, he served in that capacity until his election in 1902 as territorial delegate.

Elected as a Republican to the Fifty-eighth and Fifty-ninth Congresses (1903–07) and assuming office at the age of forty-three, McGuire succeeded Dennis T. Flynn as territorial delegate. During his tenure McGuire introduced a statehood bill for Oklahoma (H.R. 4078) and two bills concerning the granting of additional land for the Agricultural and Mechanical College of Oklahoma Territory in Stillwater (H.R. 17212 and H.R. 17769). Although territorial delegates were not allowed to vote, he did take the House floor to speak in favor of the statehood bill, according to the Congressional Record.

On the threshold of statehood McGuire was recognized as the leader of one wing of the Oklahoma Republican Party. This intraparty conflict between Frank Frantz, the last territorial governor, and Delegate McGuire over party leadership and patronage appointments resulted in a decline of the party's influence. Because of the division within his party, McGuire was the lone Republican elected to Congress in 1907 when Democrats won the other four congressional races. In the special election of 1907 to elect representatives from the five congressional districts in the newly created state, he won by a narrow margin over Democrat William L. Eagleton for the seat in District One. During the Sixtieth Congress McGuire voted in favor of the Aldrich-Vreeland Act (1908), an emergency currency measure to deal with the Panic of 1907.

In the 1908 congressional contest in District One he was reelected over Henry S. Johnston, a Democrat from Perry. In the Sixty-first Congress McGuire spoke on the House floor in favor of protectionist tariff policies such as the Payne-Aldrich Act (1909). Finally, he voted in favor of the Mann-Elkins Act (1910), legislation designed to regulate the railroad industry.

In the election of 1910 he defeated Democrat Neil McNeill, a county court judge also from Pawnee. As "dean" of the Oklahoma delegation McGuire had valuable seniority and derived power as chair of the House Committee on Expenditures in the Department of the Interior. During the Sixty-second Congress he began to speak and vote for political and social reform, such as the direct election of senators, publicity on campaign expenditures prior to elections, the eight-hour day, and the parcel post system.

He was elected in 1912 by defeating Democrat John J. Davis of Chandler. It was the closest race of McGuire's political career, and he even lost in his home county, Pawnee. In his last term in Congress he continued his support for a protectionist tariff policy by voting against the Underwood-Simmons Tariff (1913), against banking changes in the form of the Federal Reserve Act (1914), and against legislation to deal with the trust problem in the Clayton Anti-Trust Act and the Federal Trade Commission Act, both signed into law in 1914. On the other hand, he voted for several reform measures, including the resolution for the woman suffrage amendment to the Constitution (1915).

After serving in Congress for six consecutive terms, McGuire declined renomination in 1915. He resumed law practice in Tulsa, and he owned and operated a large ranch near Bartlesville. He died in Tulsa on November 9, 1930, and was buried there.

The following (as per The Chicago Manual of Style, 17th edition) is the preferred citation for articles:
George O. Carney, “McGuire, Bird Segle,” The Encyclopedia of Oklahoma History and Culture, https://www.okhistory.org/publications/enc/entry.php?entry=MC027.