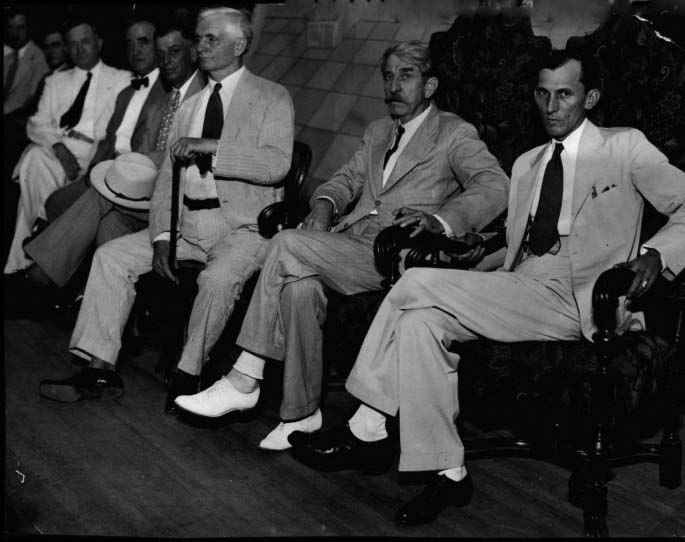 Born in Blackstock, South Carolina, on June 4, 1878, U.S. Rep. Thomas Deitz McKeown was the son of Theodore B. and Annie Robinson McKeown. Educated in the public schools and by private tutors, the future solon attended special law lectures at Cornell University. Admitted to the bar in 1899, he began his practice in Malvern, Arkansas. By 1901 he had moved his practice to Ada, in Indian Territory. A year later he married Anna Sanders.

A member of Oklahoma's first state bar commission, McKeown served in various judicial positions until 1916. That year he made a successful campaign for Oklahoma's Fourth District seat in the U.S. House of Representatives. Elected as a Democrat, he served two terms. Defeated in 1920, he regained the seat in 1922 and served continuously for five more terms. While in Congress, he was a member of various committees, including Insular Affairs, Revision of the Laws, Coinage, Weights, and Measures, Merchant Marine and Fisheries, Roads, and Judiciary. During his congressional tenure he coauthored the LaGuardia-McKeown Corporate Bankruptcy Bill, introduced the first old-age assistance bill and the first oil compact bill, formulated numerous bills favoring veterans, and called for various farm relief programs.

Following his defeat for reelection in 1934, McKeown moved to Chicago and opened a law practice. He returned to Ada in 1937 and devoted his time to farming and oil production. In April 1946 he reentered public service when he became Pontotoc County attorney. The following year he became county judge and served until his death in Ada on October 22, 1951. He was interred in Rosedale Cemetery.

The following (as per The Chicago Manual of Style, 17th edition) is the preferred citation for articles:
Carolyn G. Hanneman, “McKeown, Thomas Deitz,” The Encyclopedia of Oklahoma History and Culture, https://www.okhistory.org/publications/enc/entry.php?entry=MC032.