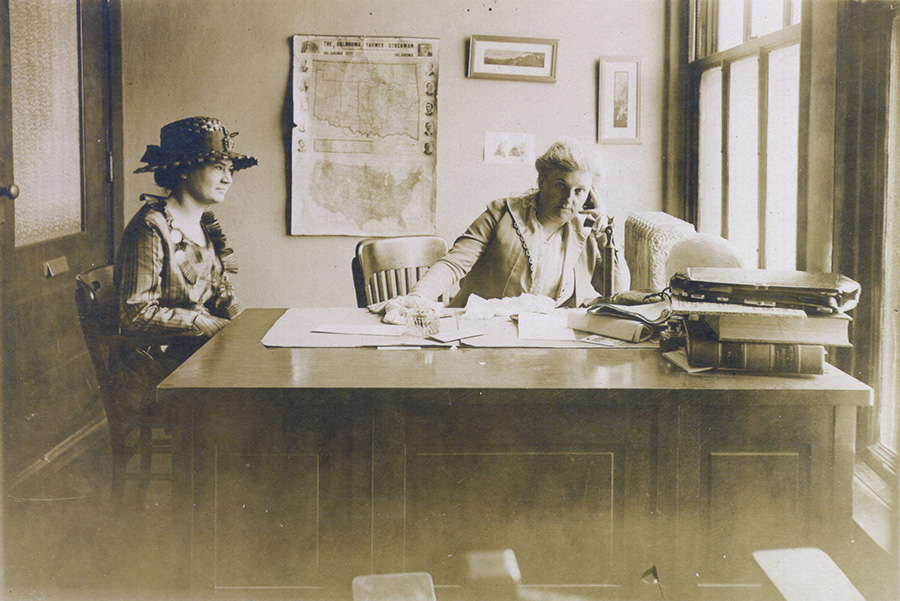 Oklahoma City pioneer lawyer Margaret McVean was born January 30, 1869, in Campbell County, Kentucky, to Stephen J. and Elizabeth Spilman McVean. After graduating from high school, she taught in a small school near Newport, Kentucky, and read Sir William Blackstone's Commentaries on the Laws of England in her spare time. At the turn of the twentieth century she decided to leave the accepted woman's career of teaching, and she entered the male-dominated, but more lucrative, law field. In 1902 thirty-three-year-old McVean graduated with a law degree from the University of Michigan, a prominent midwestern law school that first admitted women as law students in 1870. In 1903 she came to Oklahoma City, recently opened for settlement in the Land Run of 1889. She was admitted to practice law on the motion of a fellow Kentuckian, Territorial Judge James R. Keaton. McVean was the first lawyer sworn in on statehood day, November 16, 1907.

In addition to handling divorces she specialized in probate, title, and corporation law, typical areas of law for women in the early twentieth century. Women generally accepted an office practice rather than trial work, which required an aggressive personality in male-dominated courtrooms. One of her last cases involved untangling the estate of Col. Zack Miller, owner of the Miller Brothers 101 Ranch.

The following (as per The Chicago Manual of Style, 17th edition) is the preferred citation for articles:
Linda D. Wilson, “McVean, Margaret,” The Encyclopedia of Oklahoma History and Culture, https://www.okhistory.org/publications/enc/entry.php?entry=MC041.