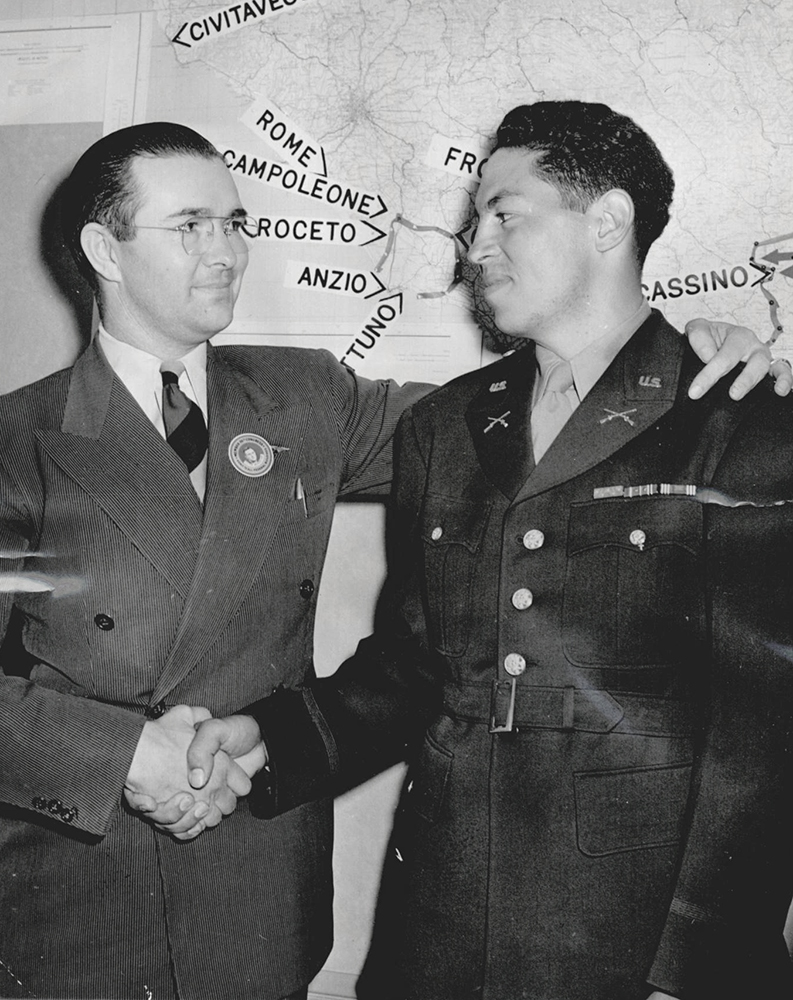 Created by act of Congress in 1861 for the U.S. Navy and the U.S. Marine Corps, and in 1862 for the U.S. Army, the Medal of Honor is the highest military award for bravery in the United States. It is traditionally awarded only to members of the armed forces for valor and/or self-sacrifice above and beyond the call of duty while in combat, and, because it is presented in the name of Congress, it is often mistakenly called the Congressional Medal of Honor. From 1863 through January 2017, 3,315 Americans from all fifty states, the District of Columbia, and Puerto Rico have received the medal, including thirty-four with ties to Oklahoma.

Those thirty-four represent the army (26), the army air forces (2), the navy (2), and the Marine Corps (4), and served in the China/Boxer Rebellion (1), the Philippine War (1), World War I (3), World War II (20), and both the Korean (2) and Vietnam (6) wars. Twenty-four recipients were born in Oklahoma (seven others enlisted there, and one enlisted in Ohio), and more than half (17) posthumously were awarded the Medal of Honor. Interestingly, almost all of the recipients hail from smaller Oklahoma towns such as Pawnee. Pawnee and Oklahoma City are the only Oklahoma communities to produce two Medal of Honor recipients (Maj. Kenneth Bailey and Comdr. Ernest Edwin Evans, Pawnee; and S.Sgt. Ruben Rivers and PFC Manuel Perez, Jr., Oklahoma City).

The remaining men who received the Medal of Honor after enlisting in Oklahoma (and one in Ohio) are Pvt. Oscar J. Upham, a resident of Guthrie, O.T., who enlisted in Ohio, erected barricades under heavy fire during the 1900 "Boxer Rebellion" in Peking, China, and is represented in the Ohio Veterans Hall of Fame; Pvt. Joseph L. Epps, who enlisted in Indian Territory and fought in the Philippine Insurrection of 1899–1902; Cpl. Samuel M. Sampler, who enlisted in Altus and fought in France during World War I; PFC Albert Earnest Schwab, who enlisted in Tulsa and was killed on Okinawa during World War II after destroying several machine gun positions with a flamethrower; and Cpl. Harold L. Turner, who enlisted in Seminole and captured fifty German soldiers during World War I. In 2022 one of two Silver Stars previously awarded to Spc. 5 Dwight Birdwell, of Bell, was elevated to Medal of Honor for meritorious action in Viet Nam in defense of Tan Son Nhut Air Base during the 1968 Tet Offensive.

The following (as per The Chicago Manual of Style, 17th edition) is the preferred citation for articles:
Lance Janda, “Medal of Honor Recipients,” The Encyclopedia of Oklahoma History and Culture, https://www.okhistory.org/publications/enc/entry.php?entry=ME025.