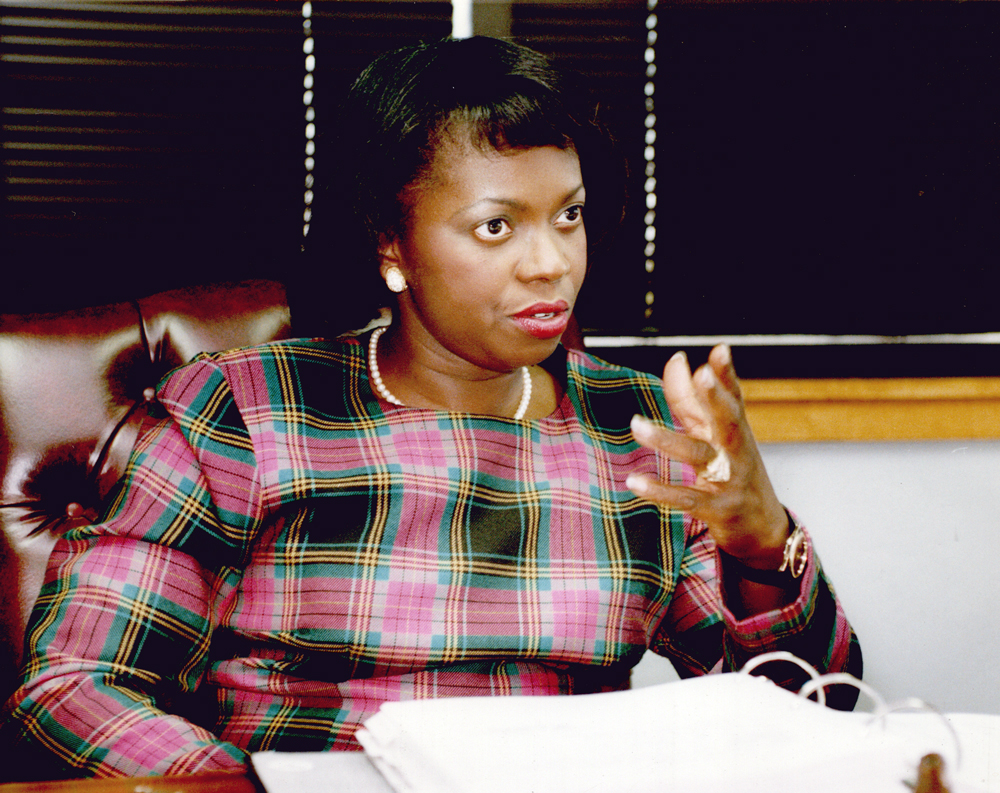 Attorney and federal judge Vicki Miles-LaGrange, first woman U.S. Attorney in Oklahoma, was born in Oklahoma City on September 30, 1953, the daughter of educators. Selected for American Legion Auxiliary's Girl State, Miles-LaGrange was prohibited from serving as governor at the national convention because of her race. This early experience with racism shaped her career and led to her fight for equality for all Americans. In 1974 Miles-LaGrange graduated from Vassar College and in from 1977 Howard University School of Law. She worked at the U.S. Department of Justice until her return to Oklahoma City in 1983. After working for the Oklahoma City district attorney's office, she successfully ran for the Oklahoma Senate in 1986, becoming the first African American woman elected to that body. During her term Senator Miles-LaGrange fought for legislation to improve the welfare of both women and children.

In September 1994 Pres. William J. Clinton nominated Miles-LaGrange to the post of federal judge for the Tenth Circuit, a nomination the U.S. Senate confirmed in October of that year. The appointment made Miles-LaGrange the first African American federal judge in the six-state district. Judge Miles-LaGrange also has served as a trustee of Vassar College and of the board of Jack & Jill of Oklahoma City. Her professional memberships include the National and Oklahoma Bar Associations and the Oklahoma Association of Black Lawyers. Many awards have been bestowed on her, including induction into the Oklahoma African American Hall of Fame. She received the Oklahoma Bar Association's Woman Trailblazer Award and Oklahoma Legislative Black Caucus's A. Hamlin Award. Judge Miles-LaGrange retired from the federal judiciary at the end of 2018.

The following (as per The Chicago Manual of Style, 17th edition) is the preferred citation for articles:
Stephanie Decker, “Miles-LaGrange, Vicki,” The Encyclopedia of Oklahoma History and Culture, https://www.okhistory.org/publications/enc/entry?entry=MI021.