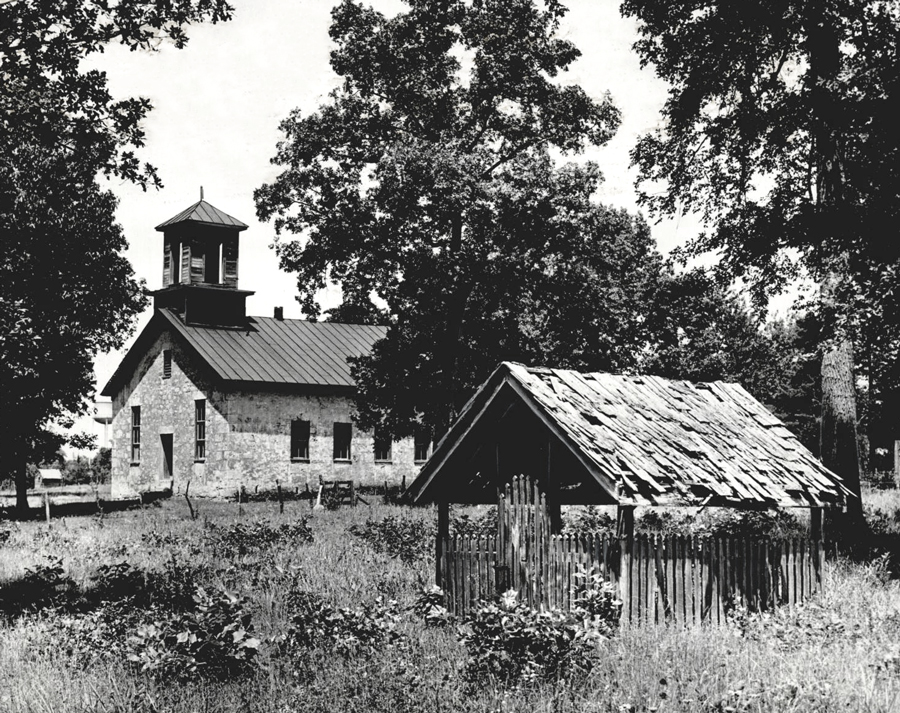 The gateway to Wheelock Church, which may be Oklahoma's oldest church building, Millerton is located between Idabel and Valliant in McCurtain County on U.S. Highway 70. Millerton was one of Oklahoma's first hardwood-based sawmill towns. Situated where there was once an abundance of pine, oak, cottonwood, and cypress, the town is located on the south side of the old military trace, the first road cut through the timberland wilderness of McCurtain County. In the 1820s the trace was cleared for use as a wagon trail to connect Fort Towson to other military forts in Arkansas. Another important reason for Millerton's existence as a town was the 1902 completion of the Arkansas and Choctaw Railway (later the St. Louis and San Francisco Railway, Frisco).

Caddo first occupied the area around Millerton, and later the Choctaw arrived after their removal from their ancestral homelands in Mississippi and Alabama. Having been held in common by the Choctaw, the land was owned by an individual for the first time when it was allotted to Susan Parsons on September 2, 1903. Millerton's location was originally known as Chula (which means "fox" in the Choctaw language). Chula had a post office until 1904 when W. S. Parsons established the new town of Parsons (now Millterton), Indian Territory. He had acquired the land through marriage to Susan Gardner. His store had been in operation since 1895, and the Parsons, I.T., post office was established December 15, 1902.

The settlement was also known locally as Parsonsville. Benedict and Mary Miller came to Parsonsville on October 30, 1906. They purchased 155.29 acres from W. S. and Susan Parsons. Millerton is located on this land, which was subdivided into lots, streets, and alleys. Platted and formed in 1907, the town was located in the quarter-mile space between the old military trace and the railroad, both running parallel along an east-west route through the site that is present Millerton. By 1908 the Miller Lumber Company, with an employment of seventy-five men, had shipped more than 250 cars of finished lumber from the railroad sidetrack in Millerton. The town grew through the 1920s to include a hotel, a drug store, and a bank. After more than twenty years of growth and prosperity, the town declined during the Great Depression of the 1930s.

Millerton incorporated in 1975, and the 1980 and 1990 censuses counted 262 and 234, respectively. At the beginning of the twenty-first century Millerton was a small, progressive town managed by a proactive local government. With a 2000 population of 352 residents, the town had a modern facility infrastructure to support businesses and homeowners. Millerton provided water and fire-protection to nearby Wheelock Academy (listed as a National Historic Landmark, NL 66000949). Wheelock Church (NR 72001464) was listed in the National Register of Historic Places in 1972. The 2010 census recorded a population of 320.

The following (as per The Chicago Manual of Style, 17th edition) is the preferred citation for articles:
Buck Irwin, “Millerton,” The Encyclopedia of Oklahoma History and Culture, https://www.okhistory.org/publications/enc/entry.php?entry=MI034.