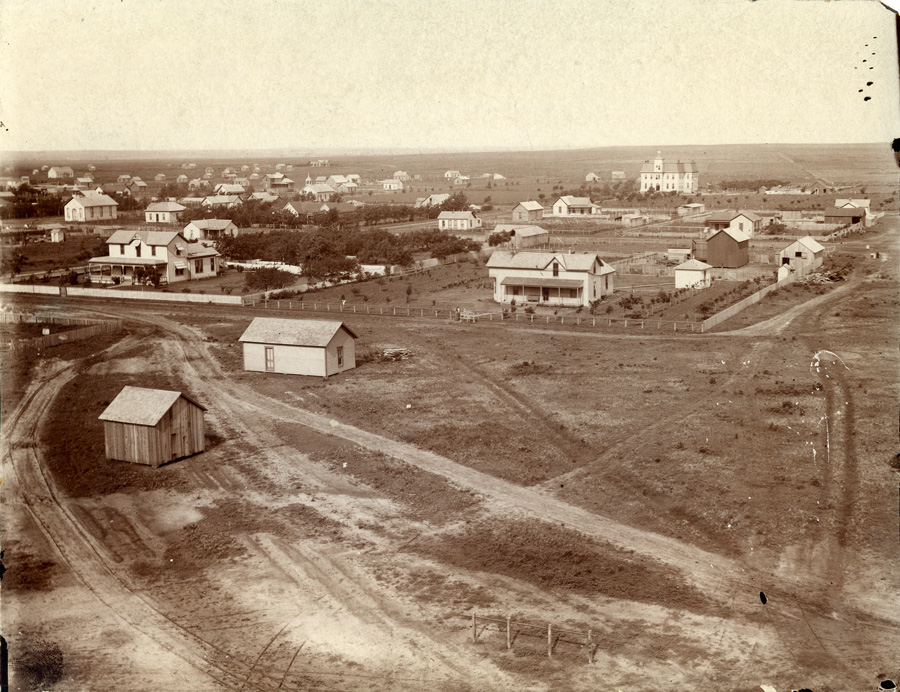 Located in northern Grady County, Minco is eighteen miles north of Chickasha on State Highway 81 at its intersection with State Highways 37 and 152. Minco's name is a Choctaw word meaning "chief." Camps of the Caddo, Wichita, Kiowa, and Comanche were prevalent around Minco in the 1890s.

Minco's post office was established on June 20, 1890, shortly before construction of the Chicago, Rock Island and Pacific Railway ceased at Minco for two years, allowing the town to prosper. On July 4, 1890, the townsite was established, and many residents of Silver City, a town to the east, moved there and started businesses. Lewis Hornbeck published the Minco Minstrel, Grady County's oldest newspaper, beginning in 1890. Minco was incorporated in 1902 and became a shipping center for cattle, hogs, cotton, corn, and watermelons.

Lumber that was carried to Minco by train attracted buyers from all directions. In 1890 local cattlemen helped Meta Chestnut Sager construct a new school. In 1894 it became the El Meta Bond College, an Indian boarding school that existed until 1920. In 1907 a brick school building was completed, and its first senior class graduated in 1917. Between 1920 and 1922 a gymnasium, auditorium, library, domestic science classroom, high school classrooms, and a steam-heating system were added.

Horse races, polo, corn festivals, fairs, and baseball attracted people to Minco. Ponies raised in the area were sold and shipped to polo enthusiasts. The racehorse U-See-It was the mother of Black Gold, the 1924 Kentucky Derby winner. Raised on a Minco ranch, they were owned by the Hoots Ranch in Osage County, Oklahoma.

The following (as per The Chicago Manual of Style, 17th edition) is the preferred citation for articles:
Gwen Jackson, “Minco,” The Encyclopedia of Oklahoma History and Culture, https://www.okhistory.org/publications/enc/entry.php?entry=MI037.