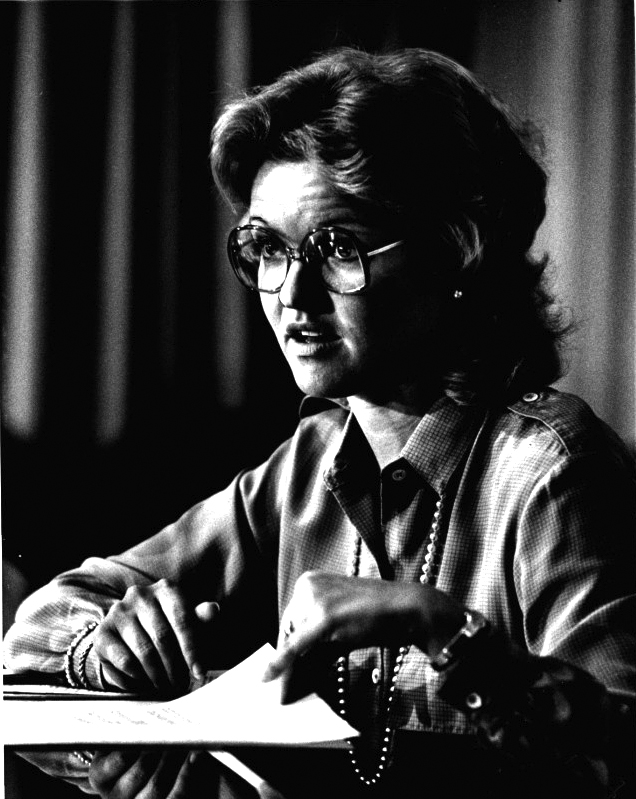 Attorney and state representative Cleta Deatherage Mitchell was born on September 16, 1950, in Oklahoma City. She graduated from the University of Oklahoma with bachelor's and law degrees and practiced law in Norman before being elected as a Democrat to the Oklahoma House of Representatives in 1976. During her second term she was elected chair of the House Appropriations and Budget Committee, the first woman in the United States to hold that position. Mitchell left the Oklahoma House in 1984 and with her husband, Dale Mitchell, had a daughter. She returned to politics in 1986 to make an unsuccessful bid for lieutenant governor. She received a number of awards for her achievements as a young politician. In 1979 she was named one of the ten outstanding young women in America by Redbook magazine, and she was selected as a Fellow at Harvard's Institute of Politics in 1981.

After leaving politics, Mitchell decided that politicians are essentially out of touch with the people they represent. Turning her back on her past, she began to work for the movement to limit the number of terms in office that incumbents could serve. She became affiliated with the Term Limits Legal Institute and the Council for Government Reform in Washington, D.C., and she became a partner in the law firm of Sullivan and Mitchell. At the turn of the twenty-first century Mitchell appeared on national television as a commentator and wrote guest columns for many newspapers. She changed her affiliation to Republican and supported conservative politics.

The following (as per The Chicago Manual of Style, 17th edition) is the preferred citation for articles:
Christine Pappas, “Mitchell, Cleta Deatherage,” The Encyclopedia of Oklahoma History and Culture, https://www.okhistory.org/publications/enc/entry.php?entry=MI048.